Turkey, US in midst of Kabul airport security talks: Pentagon 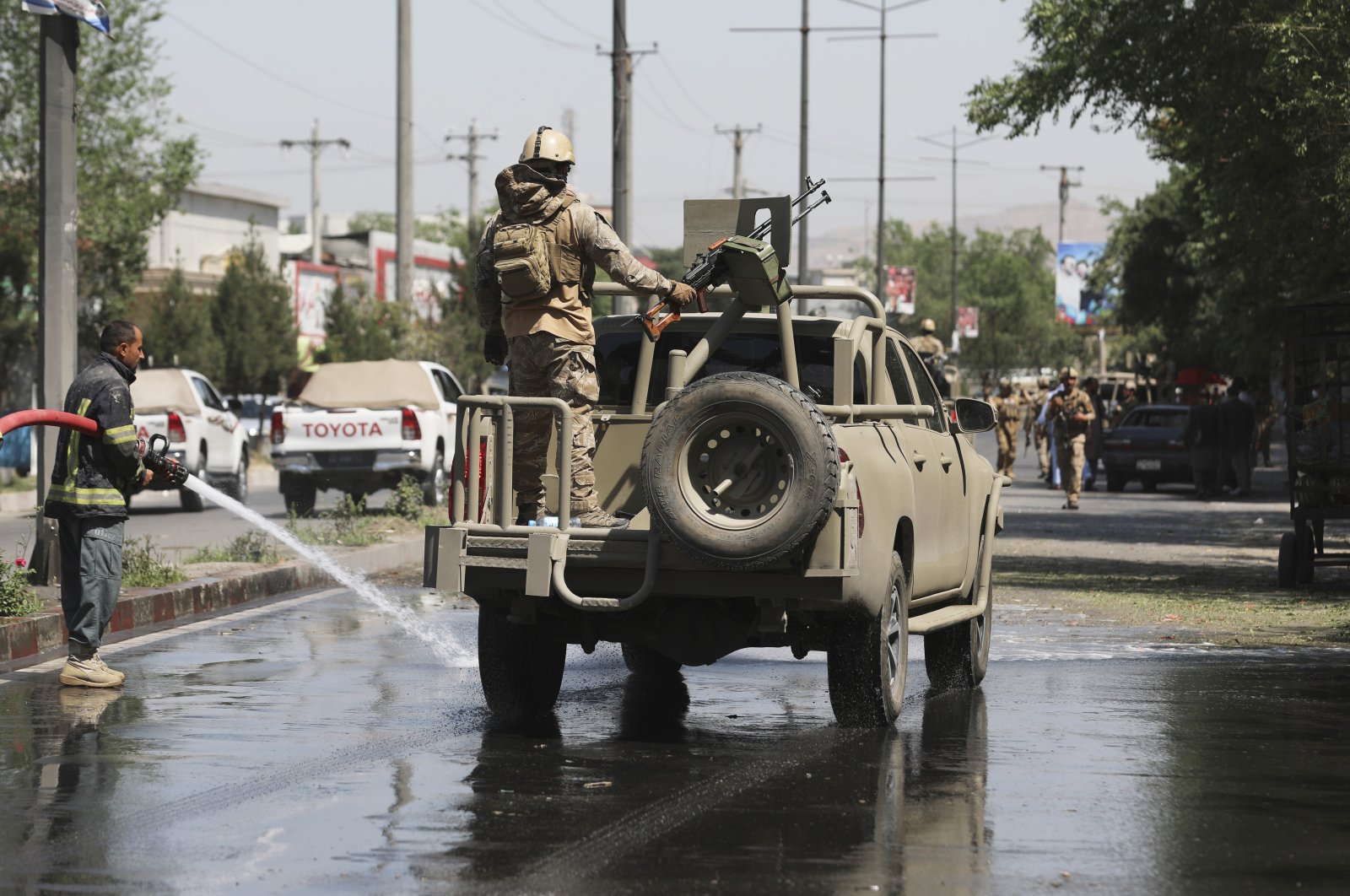 Pentagon chief spokesperson John Kirby Wednesday said that Turkey and the United States held preliminary talks on the security of Kabul’s Hamid Karzai International Airport after the withdrawal of American and other NATO forces from Afghanistan.

In a daily briefing addressing reporters, he was asked about Turkish Defense Minister Hulusi Akar's recent statement that Turkey could provide security for the airport if the necessary conditions are met. In response, Kirby confirmed that an ongoing discussion with Turkey is underway.

"We have ongoing discussions with Turkish leaders about their plans to provide security for the airport. Obviously, this is a decision that President (Recep Tayyip) Erdoğan should make and we respect that, but of course, we had some preliminary discussions, and as we have said in general terms before, security at the airport will be important not only for the United States but also for other nations to maintain their diplomatic presence in Kabul," he said.

Ankara has offered to guard and run Kabul’s Hamid Karzai International Airport after the United States and other NATO forces withdraw from Afghanistan, Turkish officials recently said, telling Reuters that Ankara made the proposal at a NATO meeting in May when the U.S. and its partners agreed on a plan to withdraw troops by Sept. 11 after 20 years of war trying to defeat Taliban forces.

Akar also said on Monday that Ankara's offer was contingent on backup from its allies.

"We intend to stay in Afghanistan depending on conditions. What are our conditions? Political, financial and logistical support. If these are met, we can remain at Hamid Karzai International Airport," Akar said.

He also underlined that Ankara is determined to ensure peace in the country, pointing to the historical ties between the two nations. “We want to be able to stay in Afghanistan and help as long as the Afghan people want.”

Foreign Minister Mevlüt Çavuşoğlu also said Wednesday that Turkey was discussing the security of the airport with allies, namely the United States, but that no country could handle the mission without support.

Saying it is an issue concerning every actor in the country, he added that the security risk must be shared. He also underlined that there must be a demand and cooperation from Afghanistan.

NATO allies Ankara and Washington have been at odds over a host of issues, from Turkey's purchase of Russian S-400 missile defense systems – a move that drew U.S. sanctions last year – to regional policy differences, human rights, legal matters and the U.S. support to the PKK terrorist group's Syrian branch, the YPG.

Despite these differences, officials say Turkey has offered to guard and run Kabul's airport after NATO forces withdraw from Afghanistan, in a move that could serve as a potential area of cooperation between Ankara and Washington. The airport plan may offer a rare opportunity to build goodwill and trust, and could help improve ties between Ankara and the West.

NATO leaders will discuss Afghanistan at a summit next Monday, where Erdoğan will meet with President Joe Biden for the first time since he took office.

At the request of the U.S., Turkey earlier in the year pledged to host a high-level international peace conference on Afghanistan in April, but the Taliban declined to attend, forcing Ankara to postpone it.

The airport proposal comes as clashes over territory in Afghanistan continue to rage three months before the planned withdrawal. Recently, senior government officials said at least 150 Afghan troops were killed or injured in a surge of attacks by Taliban militants.

Securing Kabul airport could help persuade some countries to maintain a diplomatic presence in Afghanistan. Last month Australia closed its embassy there due to security concerns.

Turkey has more than 500 troops stationed in Afghanistan as part of a NATO mission to train Afghan security forces, and the Turkish officials said additional troops would be needed for the airport mission.

Talks between the Afghan government and the Taliban, which was ousted from power by a U.S. invasion in 2001 and has since waged an insurgency, have been shelved amid the withdrawal. Both sides have accused each other of provocations.