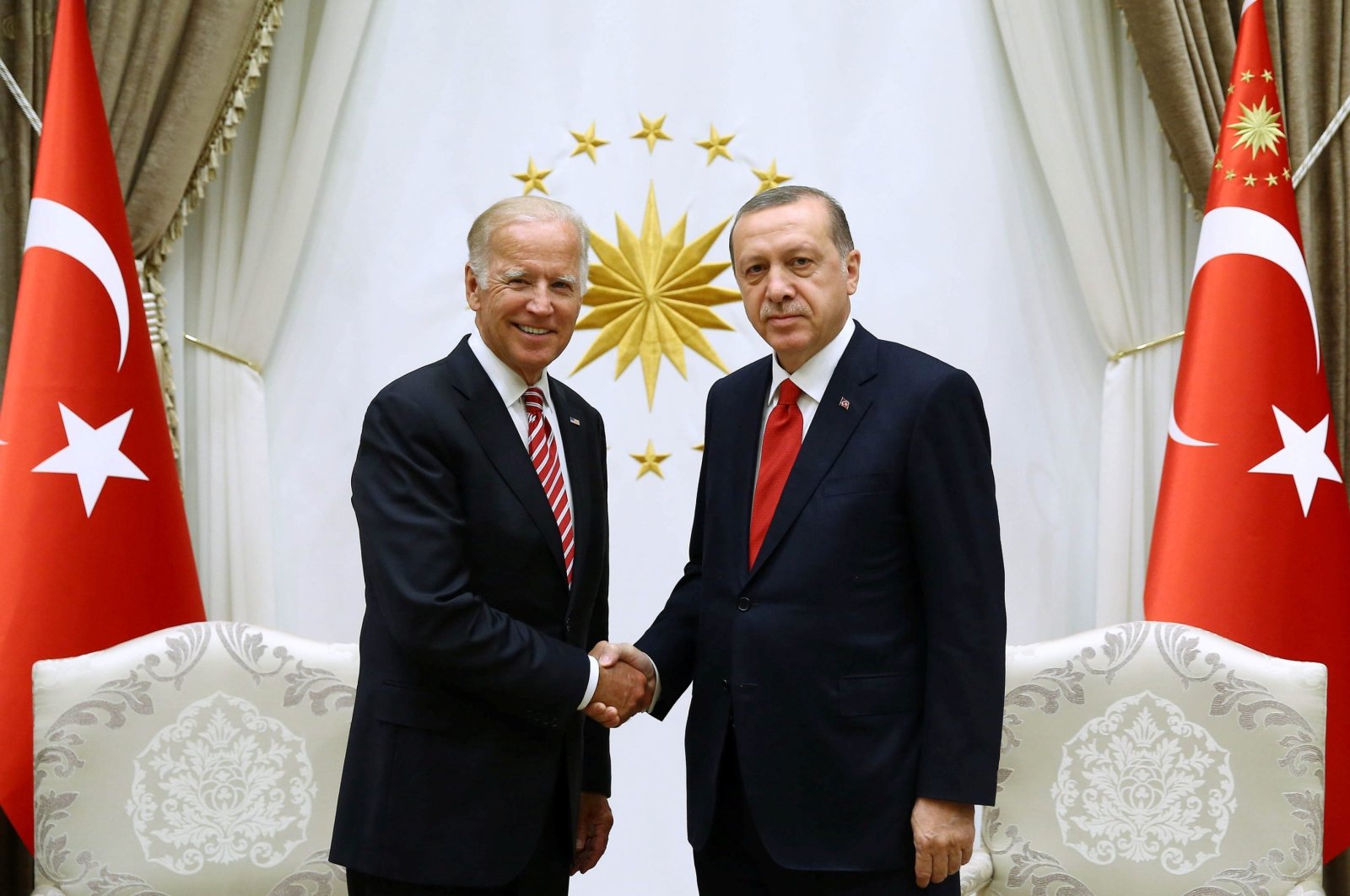 In an interview with public broadcaster TRT Haber, Çavuşoğlu noted that the United States wants to cooperate with Turkey not only on the issues of Libya and Syria, but also in many areas from the Mediterranean to the Black Sea and Caucasus regions.

"We see that the U.S. is willing to work with Turkey in many strategic fields. We have been observing this with all of our contacts, including Secretary of State Antony Blinken and Biden," he said.

A face-to-face meeting between the two leaders is scheduled to take place on the sidelines of the NATO summit in Brussels on June 14. Biden and Erdoğan are expected to discuss a range of issues including Syria, Afghanistan, the Eastern Mediterranean and the S-400s issue.

In a televised address while holding a roundtable call with a group of executives from large U.S. companies, Erdoğan recently said that he believes his first in-person meeting with Biden at the NATO summit will mark the beginning of a new era.

In regard to the S-400 defense system Turkey purchased from Russia, Çavuşoğlu reminded the audience that NATO's secretary-general had previously said that allies were free to purchase defense products from whichever country they desired.

He underlined that the U.S. argues that the S-400 system is unsuited to NATO systems, and continued: "We made the offer for a technical committee, but they did not accept. Because they, too know their claims are not right."

Çavuşoğlu underlined that, "If the U.S. does not guarantee Patriot, we can get air defense system from our other allies."

Washington in December decided to impose sanctions on Turkey over the purchase. It marked the first time a NATO member state has been sanctioned for buying Russian arms. However, the Russian-made S-300 system has been sold to 20 countries, including NATO member countries like Bulgaria, Greece and Slovakia.

Çavuşoğlu also drew attention to the support Washington provides to the PKK terrorist group's Syrian branch, the YPG, and the U.S. attitude toward the Gülenist Terror Group (FETÖ), which is responsible for the attempted coup in Turkey in 2016.

He said: "How are we going to solve these issues? Will we be able to strengthen cooperation while repairing future-oriented relations?"

On the issue of FETÖ, Çavuşoğlu said Turkey has certain expectations but has not received a signal that they will be met by the U.S.

He added that his contacts and the U.S. Federal Bureau of Investigation (FBI) told him they have seen FETÖ's "dark face."

"They make good use of technology and people. We have seen many illegal activities committed by them in many fields, from visa smuggling within the U.S. to money laundering," Çavuşoğlu said he was told.

FETÖ and its U.S.-based leader Fetullah Gülen orchestrated the defeated coup of July 15, 2016, in which 251 people were killed and 2,734 injured. FETÖ was also behind a long-running campaign to overthrow the state through the infiltration of Turkish institutions, particularly the military, police and judiciary.

As both Turkey and the United States are looking to turn a new page in relations and review their long-standing differences, sources underline that significant political will is needed from Washington to overcome the existing challenges.

"We will take important economic steps together in the upcoming period, as well as strengthen our bilateral relations," he said.

"It is being scheduled as well. There will be meetings held with German Chancellor Angela Merkel, British Prime Minister Boris Johnson and Greek Prime Minister Kyriakos Mitsotakis among other leaders."

Stating that negotiations between Turkey and France have begun despite disagreements, he said, "France now wants to have talks over Africa as well, which is good. We do not regard anyone as rivals. We do not compete in Africa."

Çavuşoğlu highlighted that contacts and dialogue result in fewer issues and disputes.

Ankara has repeatedly traded barbs with Paris over its policies on Syria, Libya, the Eastern Mediterranean and other issues, but the NATO members said in February they were working on a road map to normalize relations.