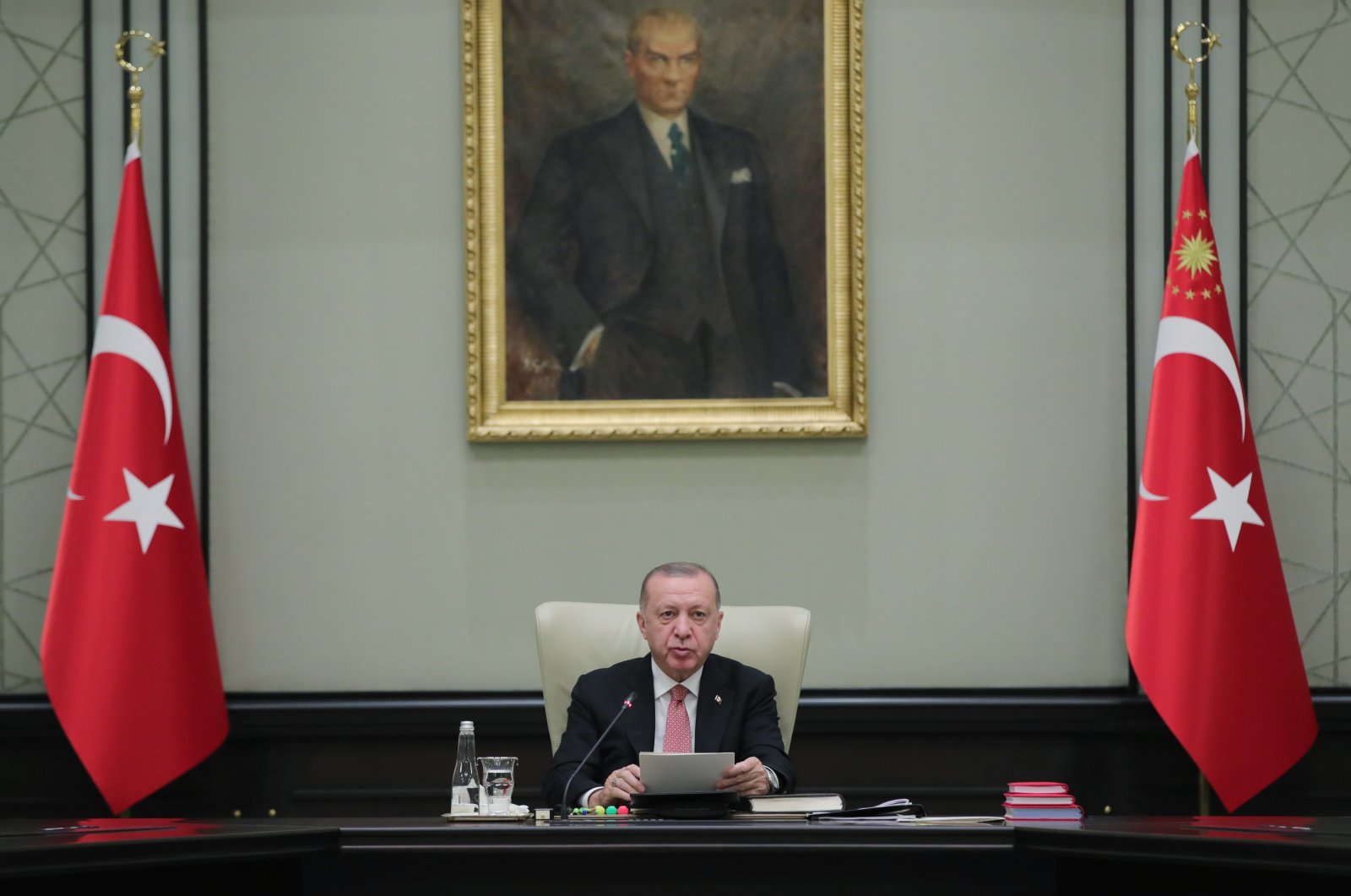 "We have turned a new page in Turkish-U.S. relations at the NATO summit," President Recep Tayyip Erdoğan said in a statement late Monday after a Cabinet meeting, referring to the meeting between Turkish and American delegations and leader-to-leader talks at the recently concluded NATO summit.

"Our relations with other countries are not an alternative to our ties to the U.S.," he added.

"The U.S. and Turkey have agreed that our close partnership benefits both nations."

Ankara and Washington disagree on a number of issues that have further strained bilateral ties – from Turkey’s purchase of Russian S-400 air defense systems to U.S. support for the YPG terrorist group, as well as the U.S.' refusal to extradite Fetullah Gülen, leader of the Gülenist Terror Group (FETÖ).

The purchase of the Russian-made systems in 2019 prompted the Donald Trump administration to remove Turkey from a consortium producing F-35 fighter jets. The U.S. argued that the system was incompatible with NATO systems and could potentially be used by Russia to covertly obtain classified information on the F-35 jets. Turkey, however, insists that the S-400 would not be integrated into NATO systems and would not pose a threat to the alliance.

"It was once again understood in the NATO summit that a NATO without Turkey cannot sustain itself," Erdoğan later added.

"It is a clear fact through developments in our region in the last 10 years that NATO has been failing to act as a safety umbrella for its members," he added, repeating his criticism about NATO and some of its members' stance on Turkey's fight against YPG, which is the Syrian wing of the internationally recognized terrorist group PKK.

The NATO summit, gathering heads of member states and governments, kicked off last Monday in Brussels. Leaders held bilateral meetings on the sidelines of the summit.

According to NATO, the summit was held to respond to the challenges "of today and tomorrow," which include terrorism, cyberattacks, disruptive technologies and the security implications of climate change.

The NATO 2030 initiative to "continue adapting" the alliance was at the heart of the summit.

While Erdoğan also held bilateral meetings with other NATO leaders on the sidelines of the summit, the meeting with his U.S. counterpart Joe Biden came to the forefront, as it was the first face-to-face interaction between the two since the latter's election as president.