‘Turkey wants a Ukraine that can protect its territorial integrity’ 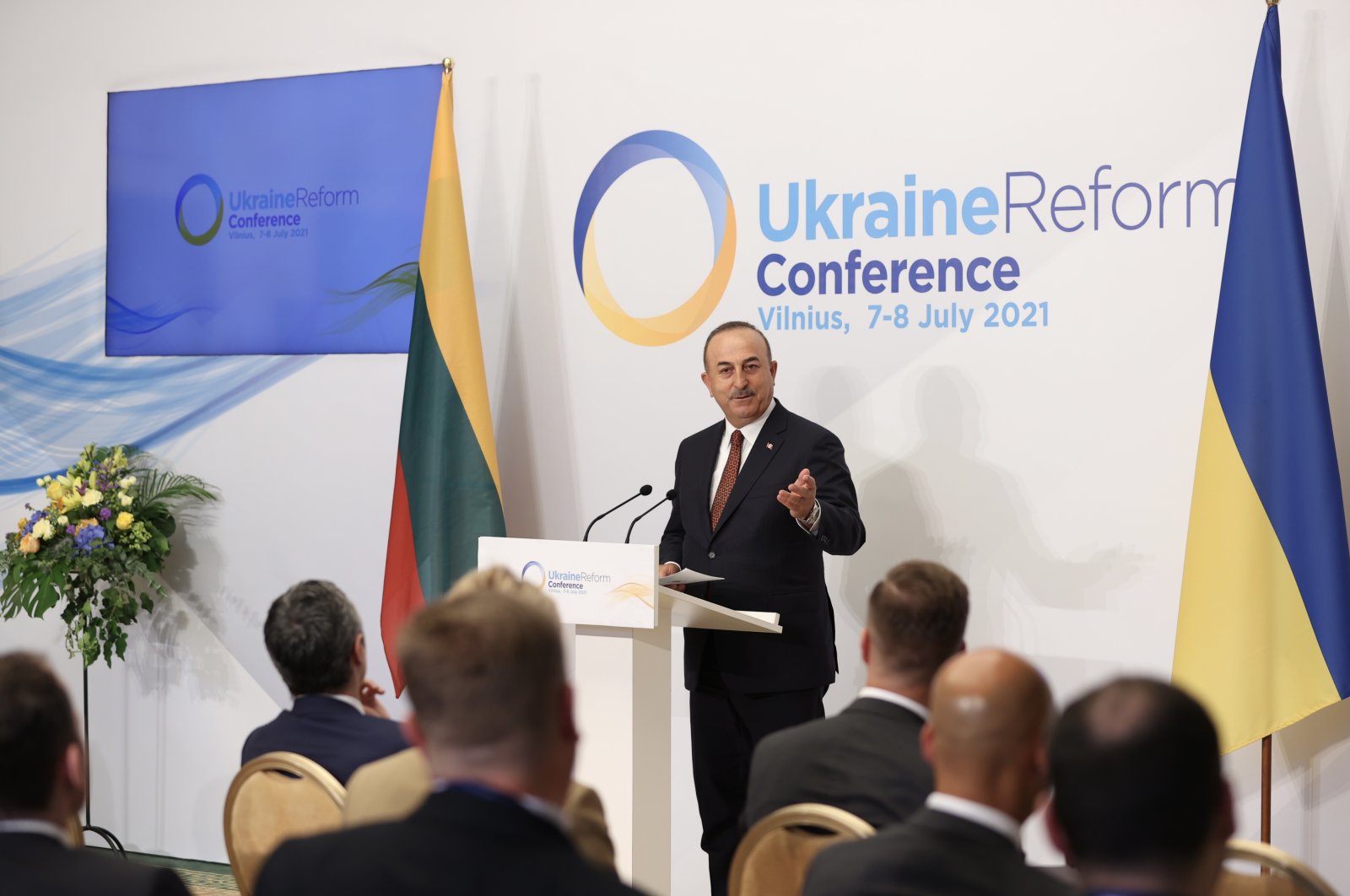 Turkey wants a Ukraine that is able to protect its sovereignty and territorial integrity, Foreign Minister Mevlüt Çavuşoğlu stated on Wednesday during the Ukraine Reform Conference in the Lithuanian capital Vilnius.

Underlining that Ankara supports Kyiv’s reform process, Çavuşoğlu said: “With these reforms we want to see a stronger and more prosperous Ukraine. It will surely be easier to overcome the outcomes of the Donbass and Crimea crises with a Ukraine that has gone through a good reform process.”

Çavuşoğlu stated that Ukraine has been experiencing economic, political and security problems since 2014 and added: “Despite these difficulties, the Ukrainian government has started an assertive reform agenda. There are two basic elements to pursue these reforms; simplicity and effective implementation.”

Ukraine and Russia have been at loggerheads since 2014 when Moscow annexed Ukraine's Crimean Peninsula. Ukraine has also been plagued by Russian-backed separatists in the country's east.

He underlined that reforms must be carried out at every level of bureaucracy and congratulated the government.

He also commended Ukraine's parliament for passing a law on July 2 recognizing the Crimean Tatars as an Indigenous people, adding: "These steps enhance Ukraine's integration efforts with the Euro-Atlantic family."

Crimean Tatars are a Muslim community indigenous to the Black Sea peninsula. On May 18, 1944, hundreds of thousands of Crimean Tatars were deported to Central Asia by Joseph Stalin's Soviet regime, who accused them of collaborating with occupying Nazi forces. Crimean Tatars were deported to various regions within Soviet territories, in particular to Siberia and Uzbekistan. Almost half of those exiled, who endured long months of dire living conditions, are thought to have died of starvation and disease.

Most Crimean Tatars opposed Moscow's annexation of the Crimean Peninsula in 2014. Russian authorities have since cracked down on the community, banning their assembly and television channel as well as detaining and jailing dozens of activists.

Ukraine established the Crimean Platform in October 2020 as part of its strategy of de-occupation of Crimea.

Recently, Ukraine's Foreign Minister Dmytro Kuleba told Daily Sabah that the Crimean Platform is a “political weapon of Ukraine” to defend its territorial integrity and to restore its borders.

Stating there is still room for growth, Çavuşoğlu said: "Reform is a constant effort. Because change is constant. Therefore, continuity is an essential element of a successful reform agenda. However, there are always internal and external challenges before reforms."

"Protecting the rights of investors through a strong judiciary is important for a continuous FDI (foreign direct investment) flow. Fighting corruption is another critical issue. Oligarchization continues to be a serious challenge," he added.

Çavuşoğlu also said that to build a stronger and more independent Ukraine, more cooperation with NATO is important.

He stated that Ankara is ready to host a future conference to show support for Ukraine's reform efforts.

Previous Ukraine Reform Conferences were held in London in 2017, in Copenhagen in 2018, and Toronto in 2019.

The conference brings together Ukrainian and foreign government officials, representatives of the EU, NATO and G-7 as well as business and civil society.