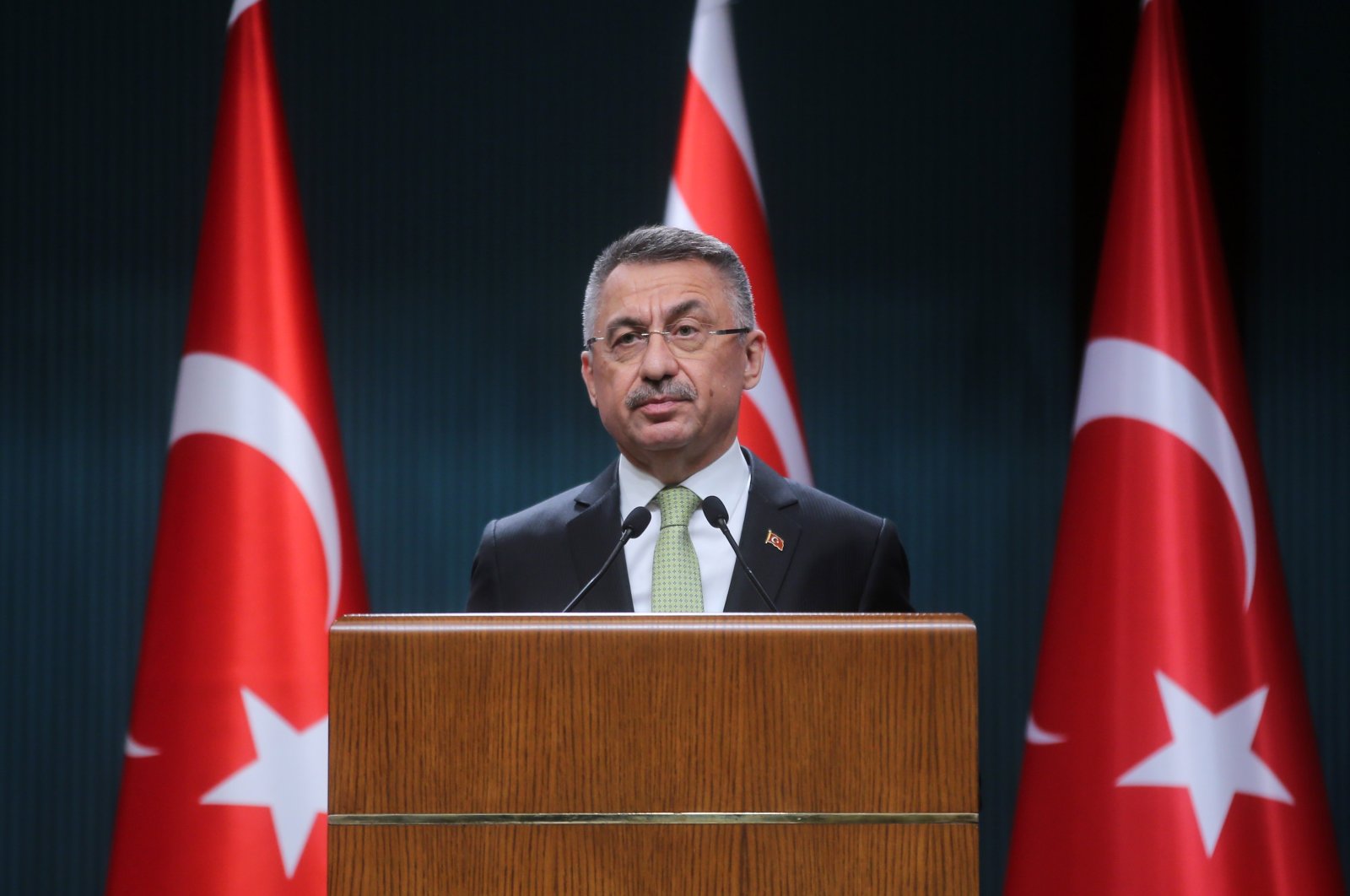 Speaking at a joint news conference with TRNC Prime Minister Ersan Saner at the presidential complex in the capital Ankara, Oktay said there are "a few points" that his country always emphasizes regarding economic and development cooperation with the TRNC.

"We desire a progressing TRNC that is self-sufficient, stands on its feet with self-confidence, can produce added value with its industry, agriculture and production besides tourism, has completed the structural reforms needed for its realization and whose decision-making mechanisms work in the most effective way. In this direction, we said that we, as Turkey, will do whatever we have to do, and we reiterate this will here today," Oktay said.

"We will continue to create a much stronger TRNC together which will carry Turkey-TRNC cooperation and brotherhood to a much further level," he added.

Oktay also noted that he had a comprehensive meeting with Saner on the common agenda.

"We have put forward our solution proposals by comprehensively addressing the projects carried out in the TRNC and the developments in the political and economic fields. We also had the opportunity to go through the ongoing projects."

The vice president said they evaluated in particular the actions agreed with the 2021 Cooperation Protocol, as well as its shortcomings and the point reached.

"The Greek side should stop seeing themselves as the sole owner of the island," Oktay said.

He stressed that the Greek side did not give up trying to disguise the federation model that they rejected for years.

"The Turkish side no longer has time to waste on empty rhetoric and negotiations with an uncertain end. It is futile to seek solutions within the parameters of the U.N. that are outdated and do not reflect the consent of both parties," he said.

Oktay went on to say that this is now a "struggle for survival, independence and the future" of the Turkish Cypriot people and the TRNC.