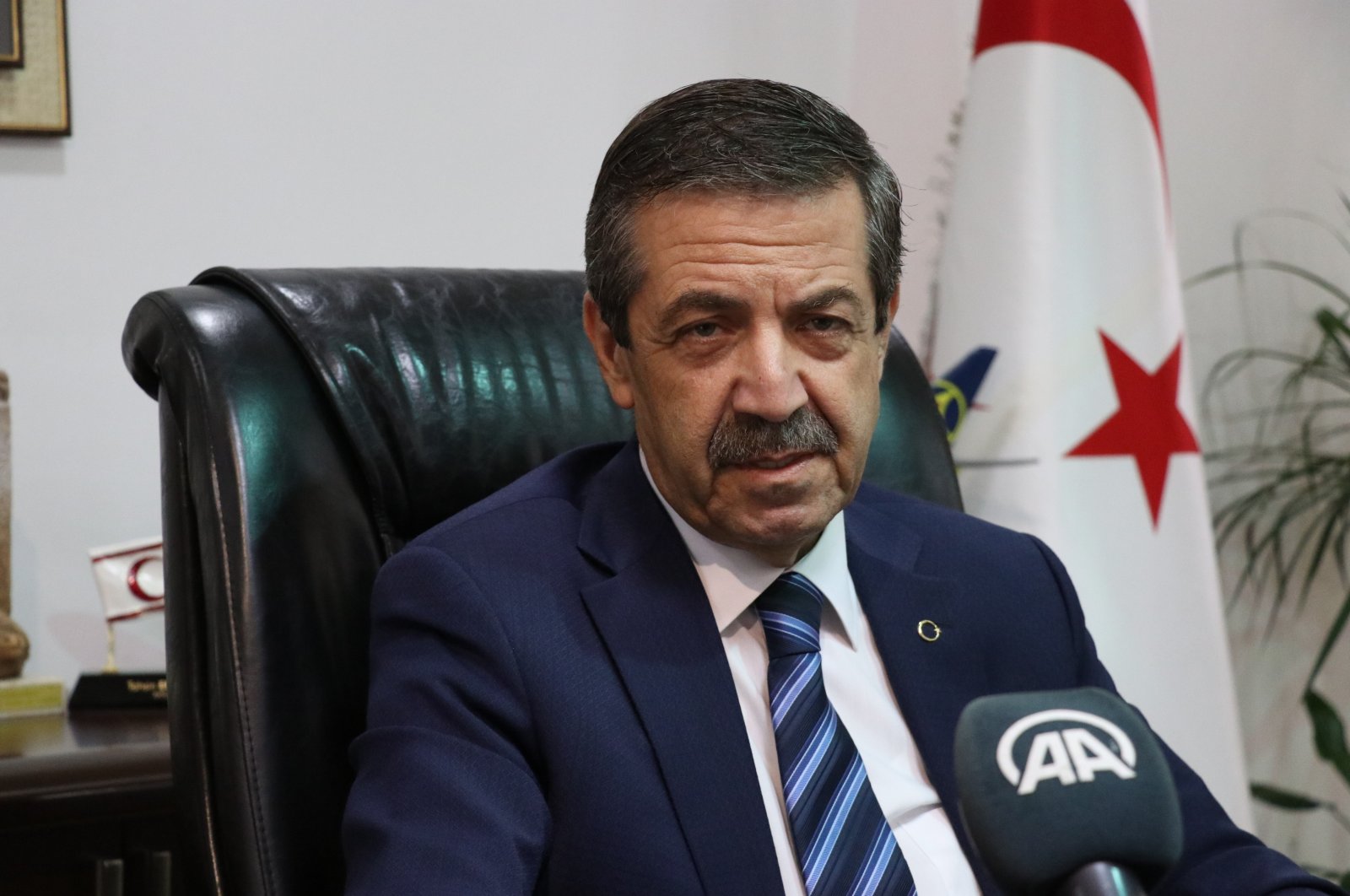 The Turkish Republic of Northern Cyprus (TRNC) will maintain its position of defending a two-state solution for the divided island in upcoming talks that will take place in New York on Sept. 18, its foreign minister said Friday.

“We will not take a step back from our position put forth in Geneva,” Tahsin Ertuğruloğlu told Anadolu Agency (AA), referring to an informal U.N.-sponsored meeting held in Geneva this April.

Ertuğruloğlu summarized the Cyprus problem as the “Greek Cypriot administration being recognized as the Republic of Cyprus on their own.”

“You have to accept that there are two separate people, democracies, states and sovereignties on the island. There is no meaning in running after consensus formulas on the Cyprus issue as long as the reality of one island and two peoples is not accepted,” he stressed.

Ertuğruloğlu said he expected U.N. Secretary-General Antonio Guterres to be realistic and say openly there will be no common ground between the two sides.

“The U.N. must be retrieved from being a side against the Turkish Cypriots.”

He said that the U.N. continues its policy of seeing a sole state on the island while categorizing the Turkish Cypriots as a mere society of this state.

Ertuğruloğlu urged the U.N. to implement security council resolutions in accordance with the realities on the ground.

“The U.N. Security Council has a series of decisions that contradict the realities, these must be upended.”

He further highlighted that the Turkish side aimed for good neighborly relations with the Greek side but that this depended on the policies of the Greek Cypriot administration.

He reiterated that the Greek side sees the island as a Hellenic island and does not see the Turkish Cypriots as equals.

“Official negotiations will only start as two separate states.”

TRNC President Ersin Tatar said recently that the Turkish side may hold talks with the Greek side in New York. Tatar said that they continue to work for the recognition of the TRNC, adding that he will pay a visit to the United States on Sept. 18 along with President Recep Tayyip Erdoğan and Foreign Minister Mevlüt Çavuşoğlu, who will both be in the U.S. to participate in the United Nations General Assembly (UNGA) meeting.

On the other side, Ertuğruloğlu reiterated his criticism of Stephen Lillie, the U.K. high commissioner to Greek Cyprus for her words in an interview with Greek daily Kathimerini.

Lillie had claimed that a federation is the way to reach an agreement on the long-divided island.

Ertuğruloğlu said that there is no such plan and that these are only the thoughts of British authorities.

“She (Lillie) spoke in a tone as if they were the owners of the island and we (Turkish Cypriots) their aides.”