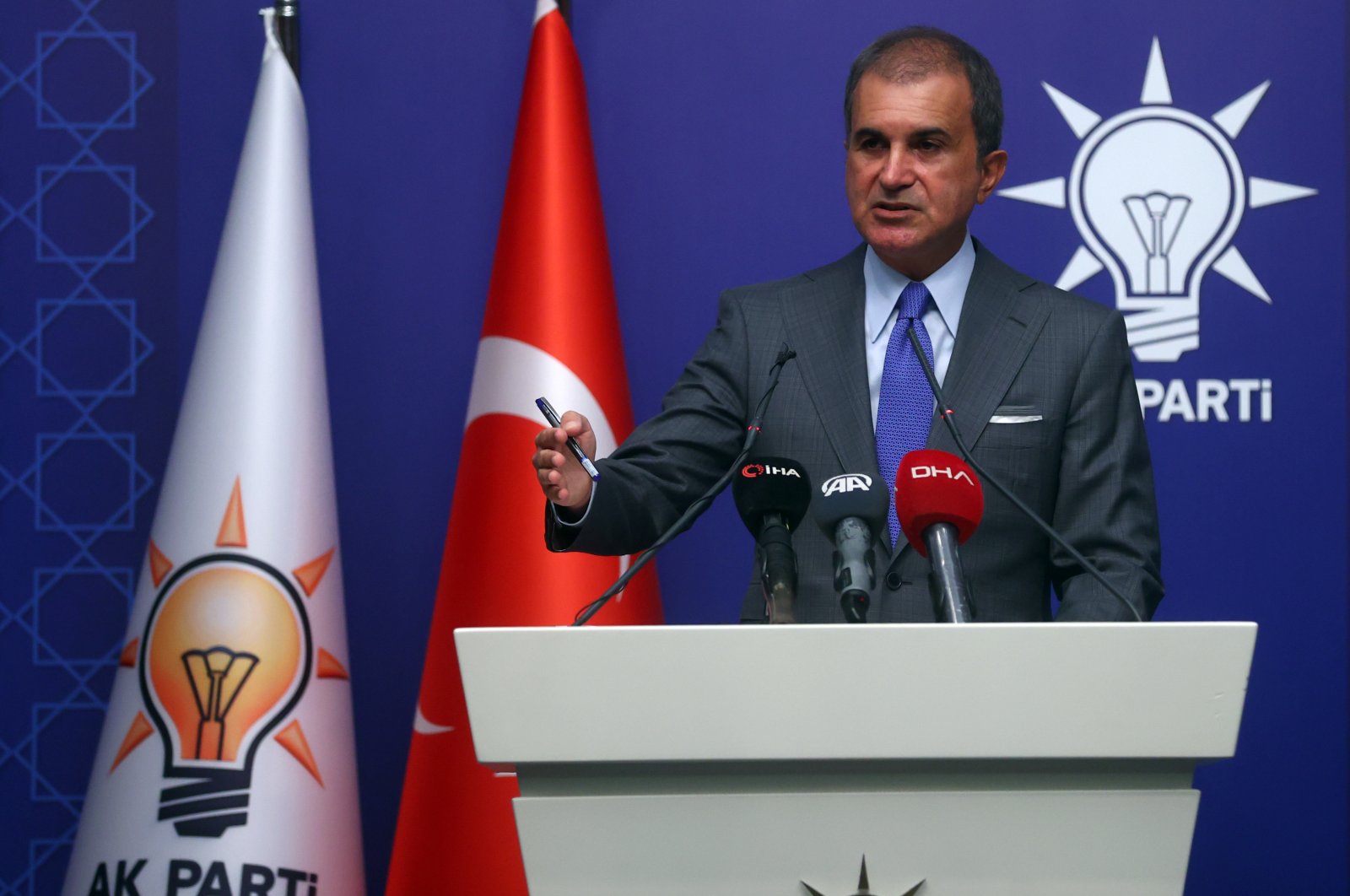 AK Party spokesperson Ömer Çelik speaks during a press conference after the meeting of the party's Central Executive Board headed by President Recep Tayyip Erdoğan in the capital, Ankara, Turkey, Sept. 14, 2021. (AA Photo)
by DAILY SABAH WITH AA Sep 14, 2021 12:45 am
RECOMMENDED

"Egypt is one of the important partners of our country. With 21 flights per week, Turkish Airlines has the highest number of flights in the African continent to Cairo. In 2020, our total trade volume was $4.85 billion."

"The fact that the second round of consultations between delegations of the two countries was held in Ankara shows that we have gone one step further," he noted.

Çelik stressed that besides bilateral relations, there are other issues the two countries need to discuss, including developments in Libya, Syria, Iraq, Palestine and the Eastern Mediterranean.

Turkey and Egypt last Wednesday ended the second round of exploratory consultations by agreeing to continue the talks.

A joint statement by the Turkish and Egyptian foreign ministries later confirmed the two sides' "desire to make progress in areas under discussion and the need for further steps to facilitate normalization of their relations."

Earlier this year, Turkey said it had resumed diplomatic contact with Egypt and wanted to improve cooperation after years of tensions that began with the disruption of relations in 2013. On April 15, Turkish Foreign Minister Mevlüt Çavuşoğlu announced in a live broadcast that it was agreed that the channel first opened between Turkish and Egyptian intelligence would continue through the countries' foreign ministries. Çavuşoğlu said Egypt had invited the Turkish side for a visit in early May. After an inter-delegation meeting, Çavuşoğlu expressed his willingness to meet with his Egyptian counterpart as well.

Speaking also on the situation in Afghanistan, Çelik said Turkey is closely following the recent situation in the country, especially developments regarding human rights and women's rights.

Turkey expressed its desire for the establishment of an inclusive government in the country, he said.

Çelik stressed the need for the emergence of a new structure in the war-torn country in which all religious, ethnic and local powers are represented.

He also called on the international community to act more prudently, not to leave Afghanistan to its fate, and to support a healthy transition period and the emergence of an inclusive government model in the country.

The Taliban took over the war-torn country in August and last week announced a 33-member interim Cabinet.

On the fight against terrorism, Çelik said Turkish security forces have prevented 130 terrorist attacks so far this year, including 126 by the PKK terrorist organization, three by Daesh and one by an extreme leftist terror group.

"Counterterrorism operations carried out by our Interior Ministry continue in 15 regions. Similarly, 'Claw' operations launched by the Turkish Armed Forces continue in northern Iraq," Çelik told reporters after a meeting of the AK Party's Central Executive Board headed by President Recep Tayyip Erdoğan in the capital, Ankara.

Since 2016, Turkey has launched a trio of successful counterterrorism operations across its border in northern Syria: Euphrates Shield in 2016, Olive Branch in 2018 and Peace Spring in 2019. These operations all aimed to prevent the formation of a terror corridor and to enable the peaceful resettlement of residents.

Ankara considers the YPG/PKK a grave national security threat. Nonetheless, the group was largely deployed by the U.S.-led anti-Daesh coalition within the pretext of fighting the terrorist group on the ground.