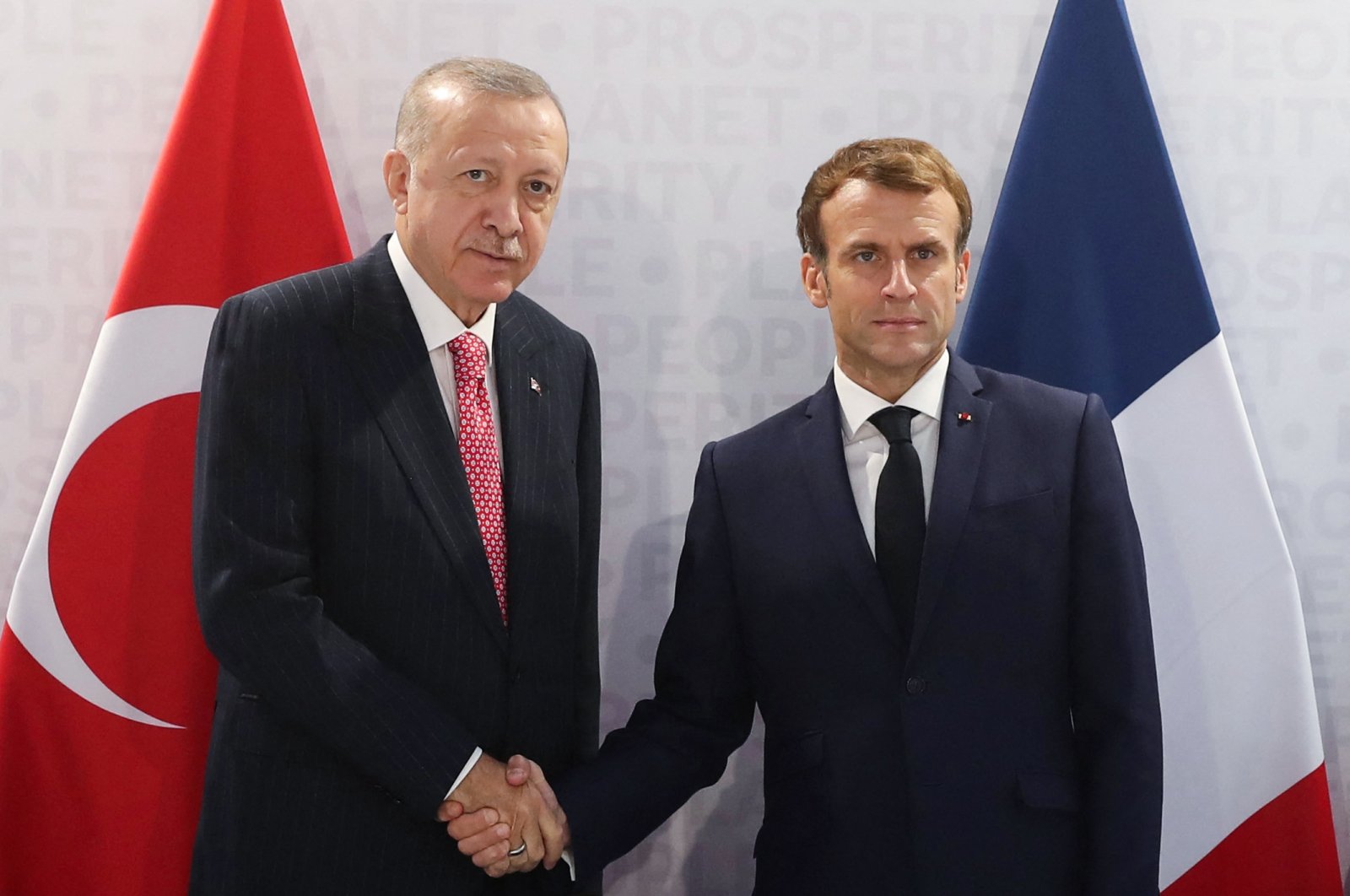 Turkey will not attend a Paris conference on Libya that Greece, Israel and the Greek Cypriot administration will participate in, President Recep Tayyip Erdoğan said Sunday, speaking on his meeting with French President Emmanuel Macron at the G-20 summit in Rome.

Noting that the two leaders discussed a wide range of issues, the president mentioned that France aims to hold a conference on Libya similar to the previous Berlin conference.

“We cannot attend a Paris conference to which Greece, Israel and the Greek Cypriot administration participate, we told him (Macron). This is our condition. If these countries are to attend the conference, then there is also no need to send special representatives,” Erdoğan told journalists on his return from the summit.

One of the major issues in the Libyan conflict is the presence of mercenaries. The president said he reiterated to Macron that Turkey’s presence in the war-torn country is legitimate and falls under an agreement with the Libyan government. “Our soldiers there are instructors,” he said, refuting that Turkey's presence in Libya can be likened to that of illegal mercenaries in the country.

The Paris conference expected to be held in November aims to give a final international push so elections are held by year-end and to endorse the departure of foreign forces.

The summit, organized by the United Nations, Germany and Italy in Paris for Nov. 12, will gather regional and international heads of state.

On the other side, relations with France were recently strained due to Paris’ decision to sell French-made Rafale fighter jets to Greece as tensions in the Eastern Mediterranean are once again on the rise after months of relative calm.

The president explained that Macron told him that the Greeks have money, to which he responded that Athens has a 400 billion euro ($462.7 billion) debt.

Despite saying that it has no intention of entering into an arms race with its neighbor and NATO ally Turkey, Greece announced recently the purchase of three new Belharra frigates from France with the option for one more.

Another issue discussed was the situation in Afghanistan, the president said. He reiterated Turkey’s efforts to support the Afghan people and said that Turkey is working together with Qatar on the Kabul Hamid Karzai International Airport, which is vital for the continuation of diplomatic relations and humanitarian aid for the war-torn country.

Cooperation in the Caucasus

The two leaders also touched upon the South Caucasus, where efforts for reconstruction have begun after Azerbaijan gained back large parts of its Armenian-occupied territory in the Nagorno-Karabakh region following a six-week conflict with Yerevan last year.

Turkey had proposed forming a six-country regional cooperation platform including Russia, Turkey, Azerbaijan, Iran, Georgia and Armenia. “Georgia does not look positive to the idea due to Russia,” Erdoğan said, adding that the stance of the new administration in Iran is not yet clear.