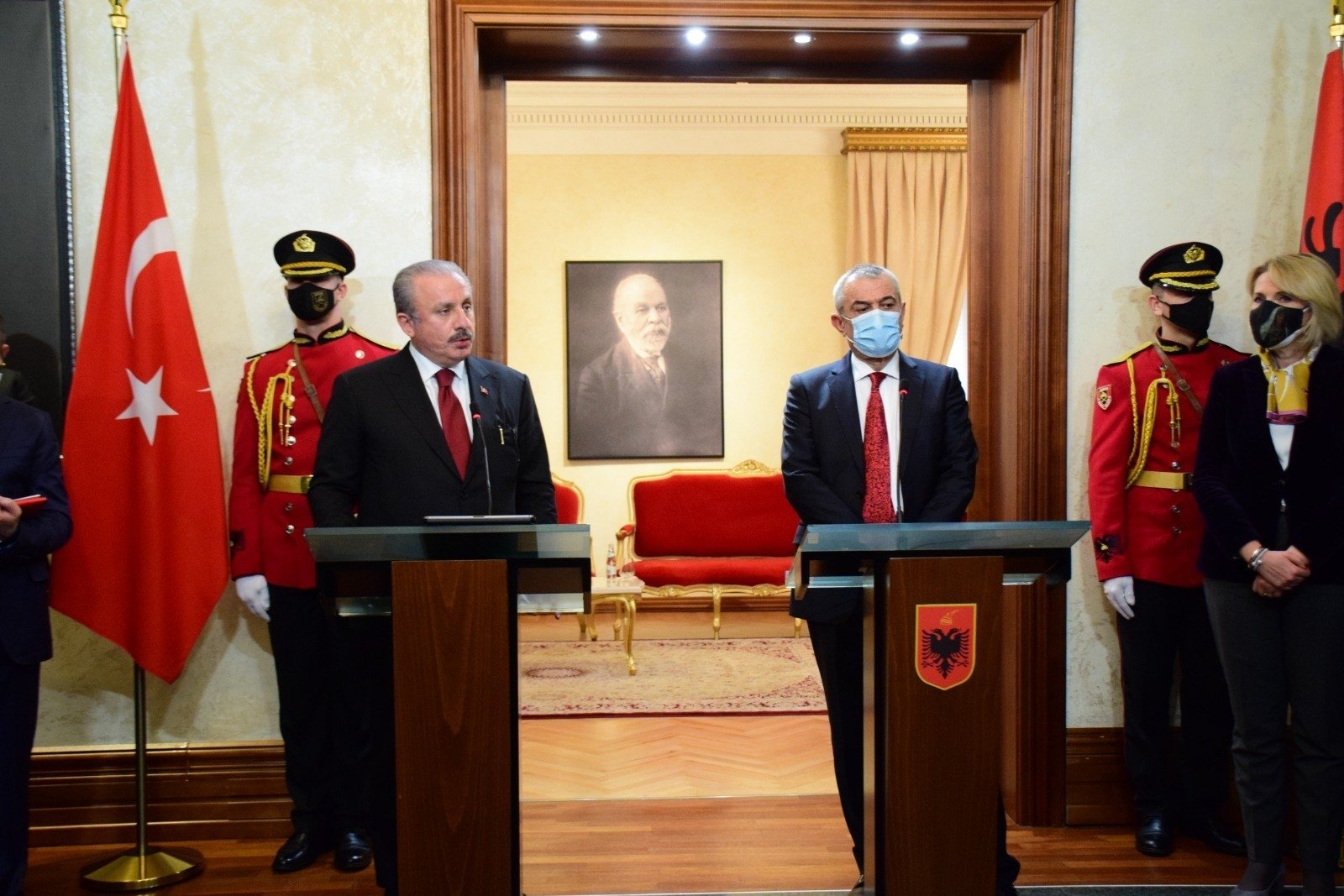 Turkey will not allow the Gülenist Terror Group (FETÖ) to harm its relations with Albania, Parliament Speaker Mustafa Şentop stated Thursday during his visit to the country’s capital, Tirana.

"The Gülenist Terror Group has some presence in Albania as well, like as in several Balkan countries. The terrorist group carries out its covered goals (worldwide) under the guise of education and health institutions, associations and media," Şentop pointed out, warning against the FETÖ threat to countries in which it operates.

"I want to state that we will not let FETÖ poison the relationship between the two countries (Turkey and Albania)," he pledged during a joint news conference with Albanian counterpart Gramoz Ruci after the two officials held a one-on-one meeting and joined a meeting with delegations.

Turkiish officials have frequently underlined that FETÖ is a threat to all countries, not just Turkey, and warned all countries that the group is a terrorist organization and a criminal network that everyone should fight.

FETÖ and its U.S.-based leader Fetullah Gülen orchestrated the unsuccessful coup of July 15, 2016, which killed 251 people and left nearly 2,200 injured in Turkey. The shadowy group was also behind a long-running campaign to overthrow the state through the infiltration of Turkish institutions, particularly the military, police and judiciary.

Şentop during his visit also discussed economic and trade relations between the two countries with Albanian officials.

He stated that the current bilateral trade volume is around $500 million (TL 3.5 billion) and there is over $3.5 billion of Turkish investments in Albania, including contracting services.

"We are determined to raise our bilateral trade volume to around $1 billion in a few years," Şentop said.

On Turkey's projected consulate general building in southern Vlore, the country’s third most populous province, Şentop said the necessary permits have been obtained to open it.

"I hope it will be operational as soon as possible. Thus, an important point that will contribute to the development of tourism in the south of Albania will be established," he added.

Also addressing the news conference, Ruci said that Turkey is a reliable partner of NATO and Albania, and the two countries are working intensively on European Union membership.

"We welcomed the signing of the joint political declaration. It carries our bilateral relations to a level of strategic partnership. Albania and Turkey are reliable partners of NATO with a joint goal of EU membership," he said.

Ruci added that integration into Europe is an irreversible and permanent destination for both countries.