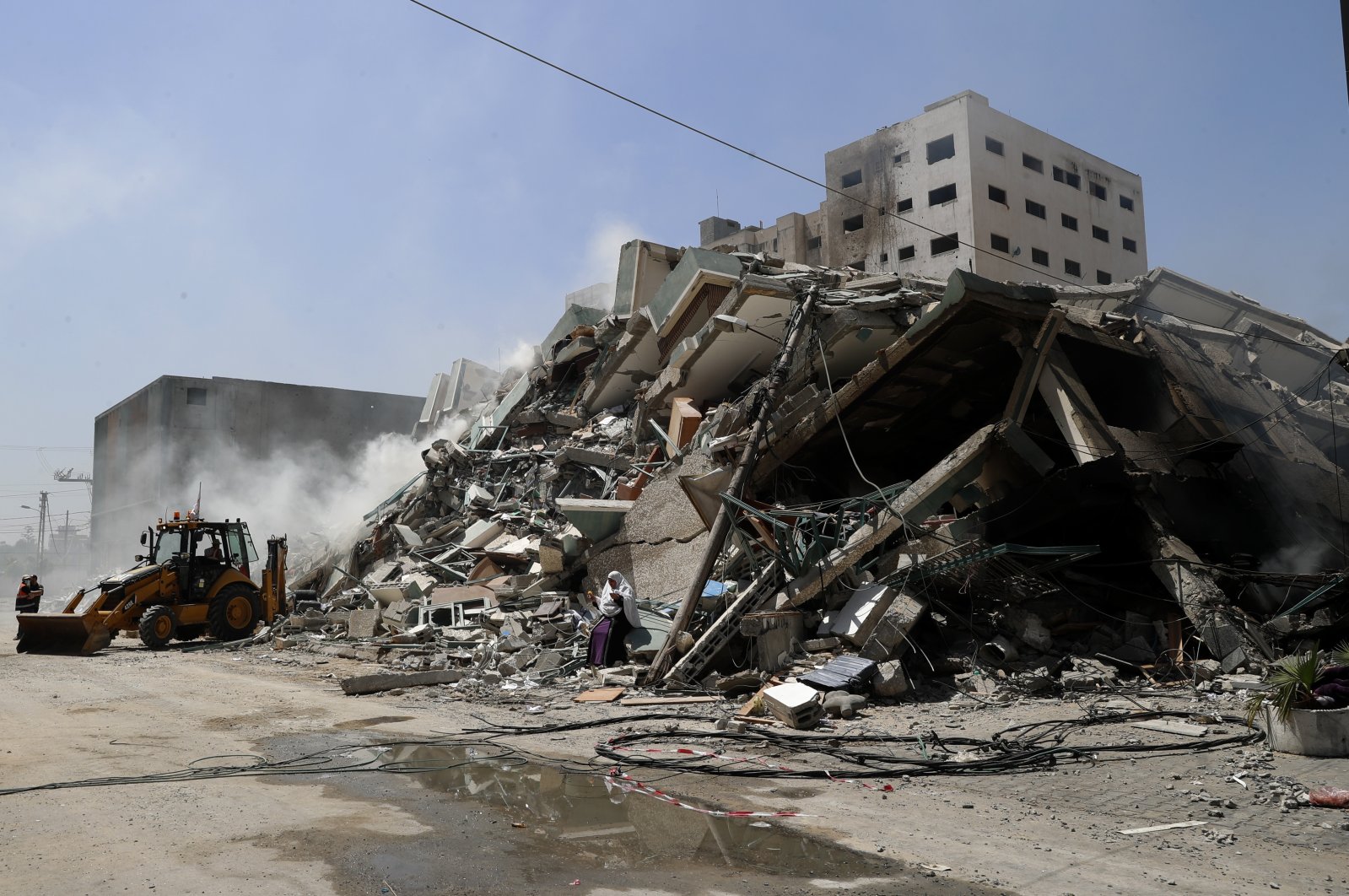 Workers clear the rubble of a building that was destroyed by an Israeli airstrike on Saturday, that housed The Associated Press, broadcaster Al-Jazeera and other media outlets, in Gaza City, May 16, 2021. (AP Photo/Adel Hana)
by Anadolu Agency May 16, 2021 4:46 pm
RECOMMENDED

“Since this recent conflict has escalated over the past week, there is an apparent pattern of targeting journalists who are carrying out their professional duties so as to block coverage of the situation on the ground,” he said.

Journalists are documenting human rights violations and war crimes in the conflict and helping write history, said Karagöz, adding that it is “unacceptable” that Israeli forces target media outlets to try to choke off the free flow of information.

Our prayers are with the journalists who narrowly escaped Israel’s bombing, he added.

Israeli warplanes on Saturday destroyed a tower building in Gaza that housed the offices of various media outlets, including Al Jazeera and AP.

AA reporters have also been targeted by Israeli forces twice, said Karagöz, with six of its employees injured during the last week.

“Our Middle East News Editor Turgut Alp Boyraz was shot in the leg with two plastic bullets during a brutal police raid on Al-Aqsa Mosque,” he said.

“In this hour of grief, kindly convey our deepest sympathies to your staff working in Gaza,” he added.

Karagöz also stressed the importance of showing solidarity and unity in such difficult times “to uphold the principles of fair, objective journalism and the valued doctrine of freedom of the press, which is under immense threat from Israeli authorities.”