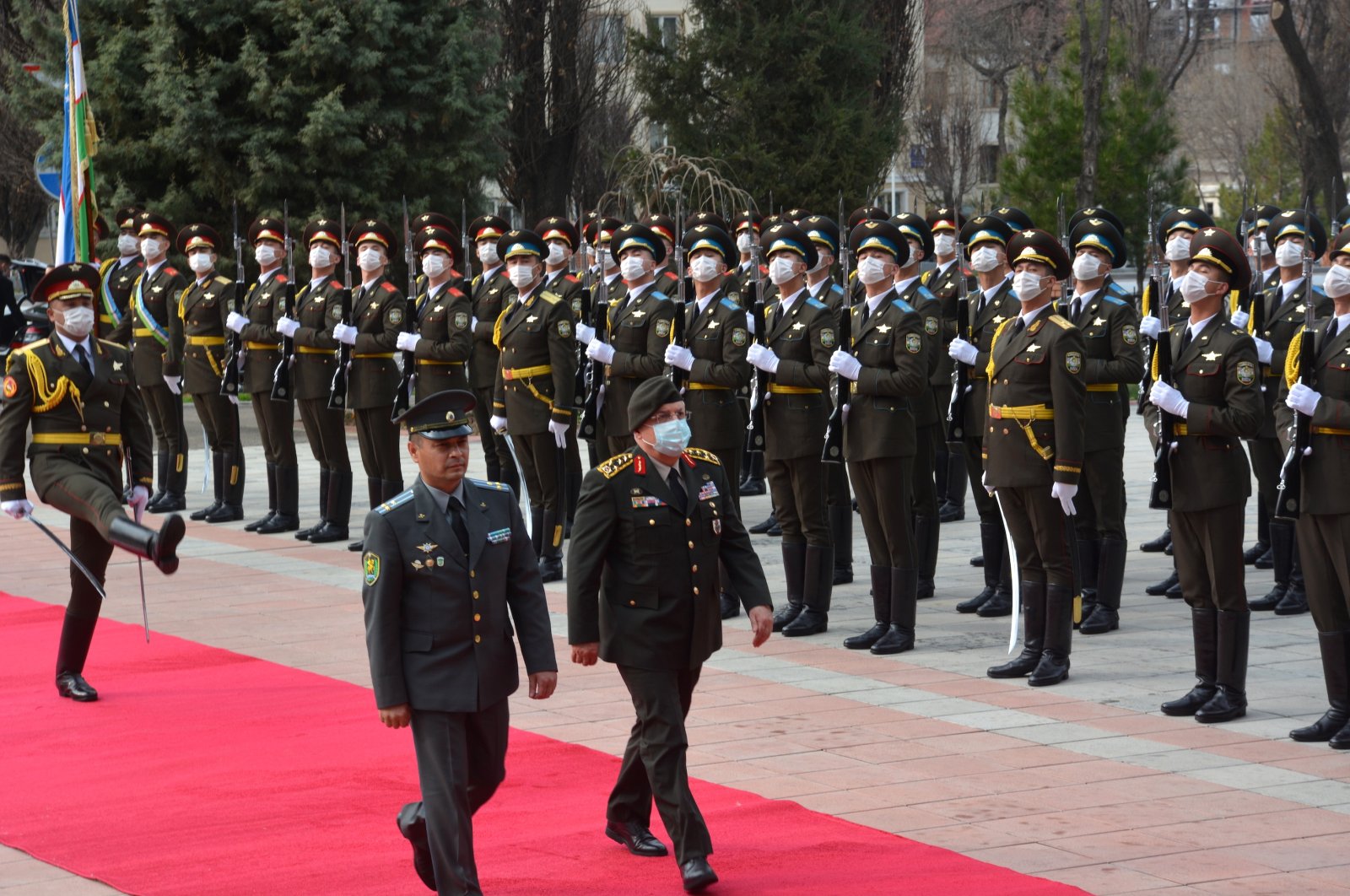 Turkey's Chief of General Staff on Tuesday met his Uzbek counterpart in the capital Tashkent as part of his official visit.

Güler said he is particularly happy with being the first chief of general staff congratulating Halmuhammedov on his recent appointment.

"Uzbekistan, with which we share deep historical and cultural heritage, has a special place in our hearts. Hence, we attribute special importance to improving the military ties between two brotherly countries. Our armed forces are ready to share their experiences with the Uzbek armed forces," he remarked.

Halmuhammedov, for his part, said that Turkish-Uzbek relations, which are based on solid historical bonds, have recently been improving further thanks to the remarkable efforts of both countries' leaders.

Referring to joint drills of the Turkish and Uzbek special forces that started on Monday in the southern Uzbek city of Termez, he said: "Such drills will allow us to learn from Turkish armed forces expertise in counter-terror operations and will contribute to boosting the bilateral military cooperation."

Following his visit to the historical Semerkand and Tabriz cities, Güler will observe the joint drills on Thursday.