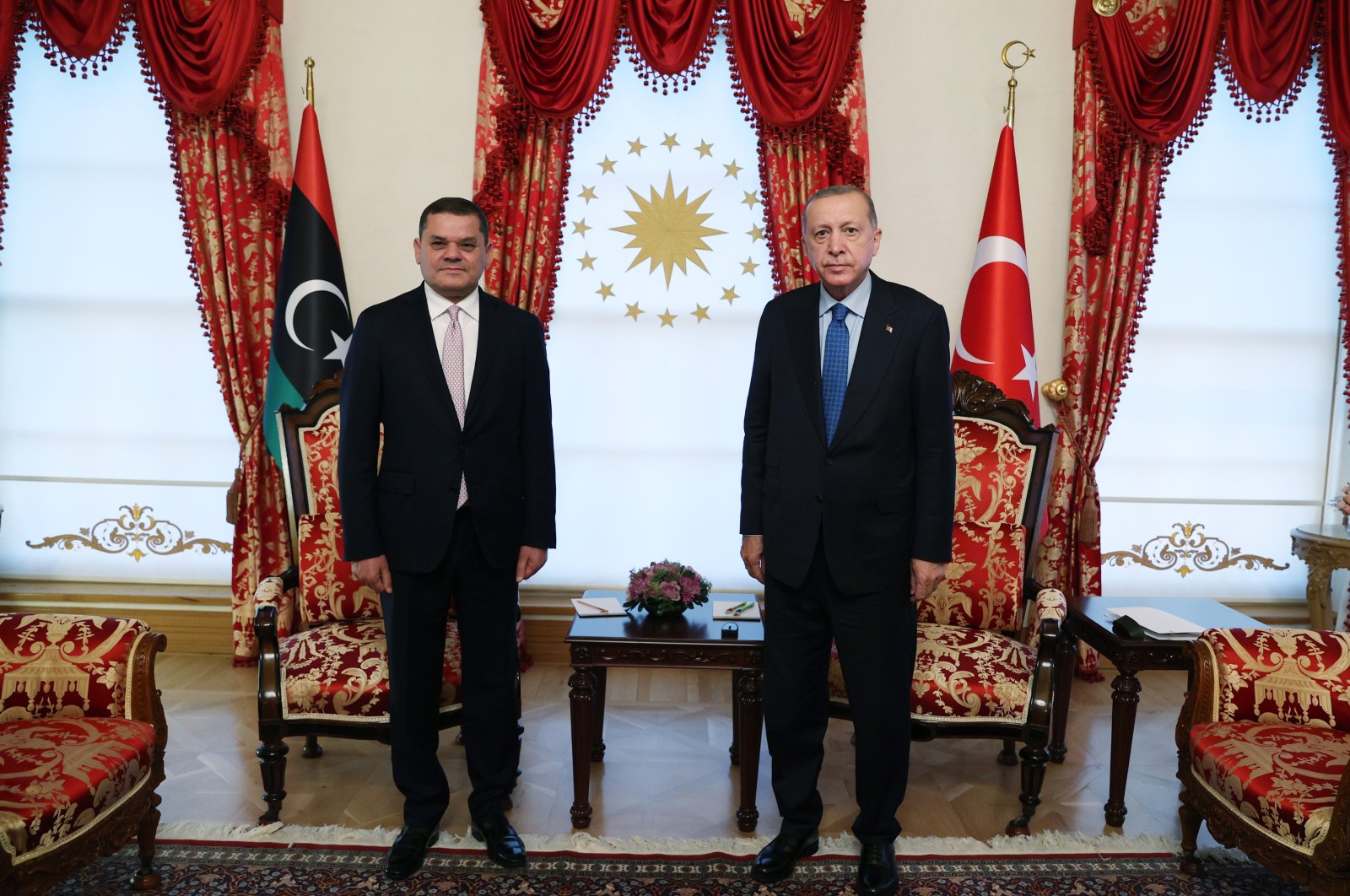 The closed-door meeting between the two leaders was held at the Dolmabahçe Presidential Office in Istanbul.

Turkey and Libya have seen closer ties in recent years, especially after the signing of security and maritime boundary pacts in November 2019, along with Turkey's aid to help the legitimate Libyan government push back Gen. Khalifa Haftar's forces.

Selected through a U.N.-led process, Libya’s new unity government, the Government of National Unity (GNU), was sworn in on March 15. It is derived from two rival political groups that ruled the country's eastern and western regions, completing a smooth transition of power after a decade of violent chaos. Dbeibah will lead Libya to the Dec. 24 elections.

During a Libyan delegation's visit to Turkey earlier this year, the two countries reiterated their commitment to enhancing bilateral ties and the maritime deal while Erdoğan underlined that Ankara prioritizes Libya's sovereignty, territorial integrity and political unity.