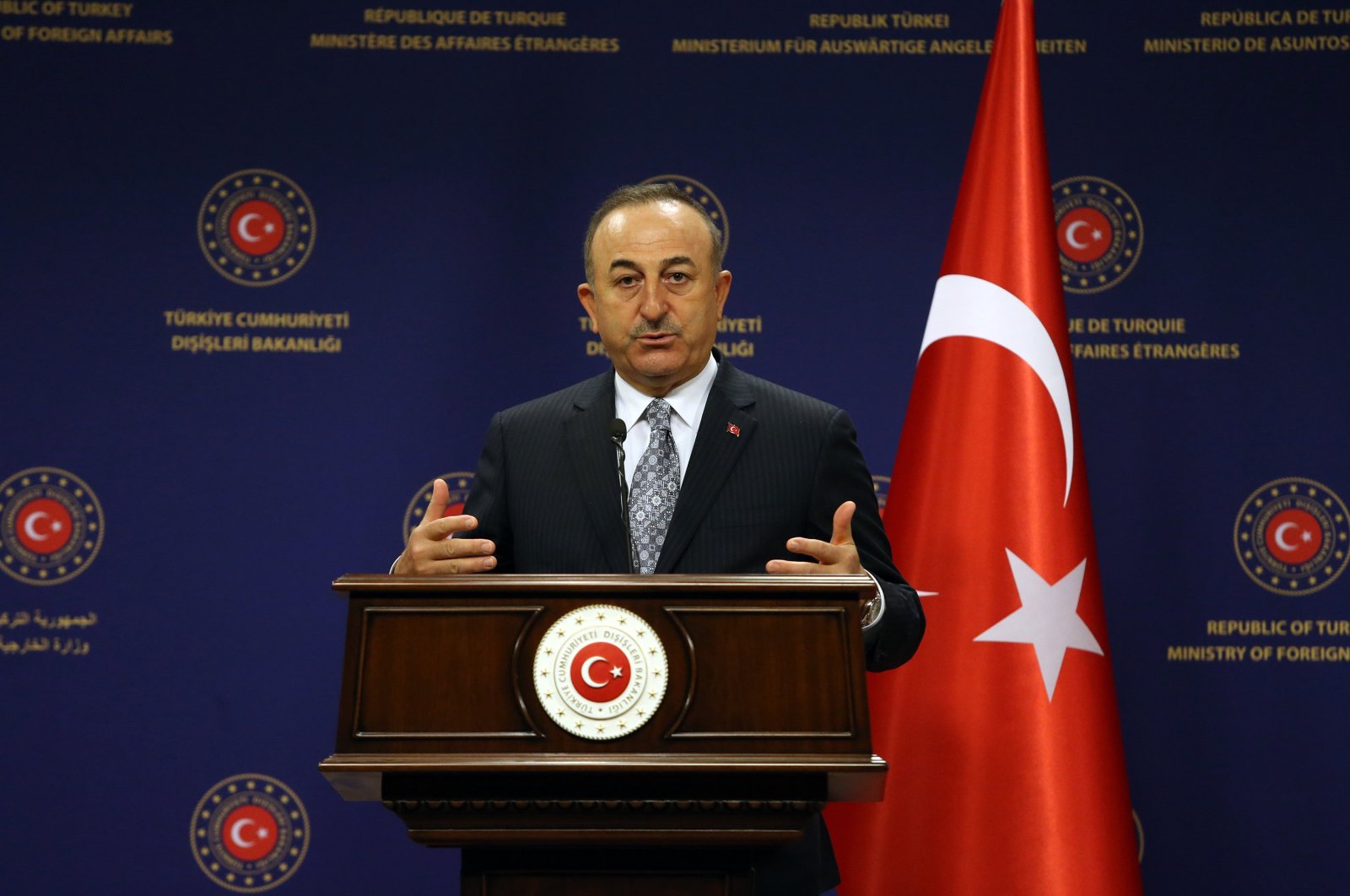 The world has remained silent following the brutal murder of 13 Turkish citizens by PKK terrorists in northern Iraq, Foreign Minister Mevlüt Çavuşoğlu said Monday, underlining that terrorism continues to be one of the greatest threats that people face across the globe.

"Without international solidarity, and with the current double standards, we cannot eradicate this threat," Mevlüt Çavuşoğlu told the 46th session of the U.N. Human Rights Council.

"Having lost innocent lives to various terror groups, including the PKK, YPG, Daesh, and [Gülenist Terror Group] FETÖ, we know well that terror has no specific ideology," Çavuşoğlu told the meeting, which is being held between Feb. 22 and March 23.

Çavuşoğlu said that xenophobia, racism, Islamophobia and hate speech are on the rise worldwide, adding that the COVID-19 pandemic further encourages the dangerous trends.

Publications and hate speech directed against Islam insult nearly 2 billion Muslims around the world, he stressed.

Regarding the fight against the pandemic, he said: "We shall give attention to the needs of vulnerable groups, including women, children, elderly, migrants, refugees, and persons deprived of their liberty."

Çavuşoğlu also touched upon the importance of equal access to vaccines.

"Equitable and affordable access to vaccines, medicines, and medical equipment are essential. These are the principles behind our global assistance efforts and our provision of free health care to all."

He noted that Turkey provides free COVID-19 treatment and vaccinations to all, including migrants and refugees, saying the country assists 157 countries and 12 international organizations in their efforts against the pandemic.

"In Syria, people continue to suffer from the ongoing military offenses by regime forces and terrorist attacks," Çavuşoğlu said.

"We contribute directly to the safety and well-being of 5 million civilians in northern Syria," he added.

"Turkey is the only corridor for cross-border humanitarian aid to Syria, and even this corridor is under attack. It is essential to maintain this assistance."

Referring to Syrians under temporary protection in Turkey, he said: "As the largest refugee-hosting country in the world, we uphold our international obligations, as well as the human rights and dignity of the people we are hosting."

The foreign minister said Israel continues to act with "absolute impunity" in the occupied Palestinian territories and that the "inhumane blockade" in Gaza and "expansions of illegal settlements by Israel remain a violation of human rights."

Turkey supports Ukraine's territorial integrity, including Crimea, and it will continue to support the Crimean Tartars' aspirations "to live freely and safely in their historical homeland," Çavuşoğlu also noted.

He added: "Turkey closely follows the human rights situation in the Xinjiang Uighur autonomous region. The findings of the UN and other international reports are cause for concern.

"We share our concerns and expectations on the matter with the Chinese authorities. We expect transparency on this issue while respecting China's sovereignty and territorial integrity."

"We continue to follow the developments regarding the possible visit of the high commissioner's team to the region, and upon China's invitation, we will also send our own national team to visit the region," stressed the foreign minister.