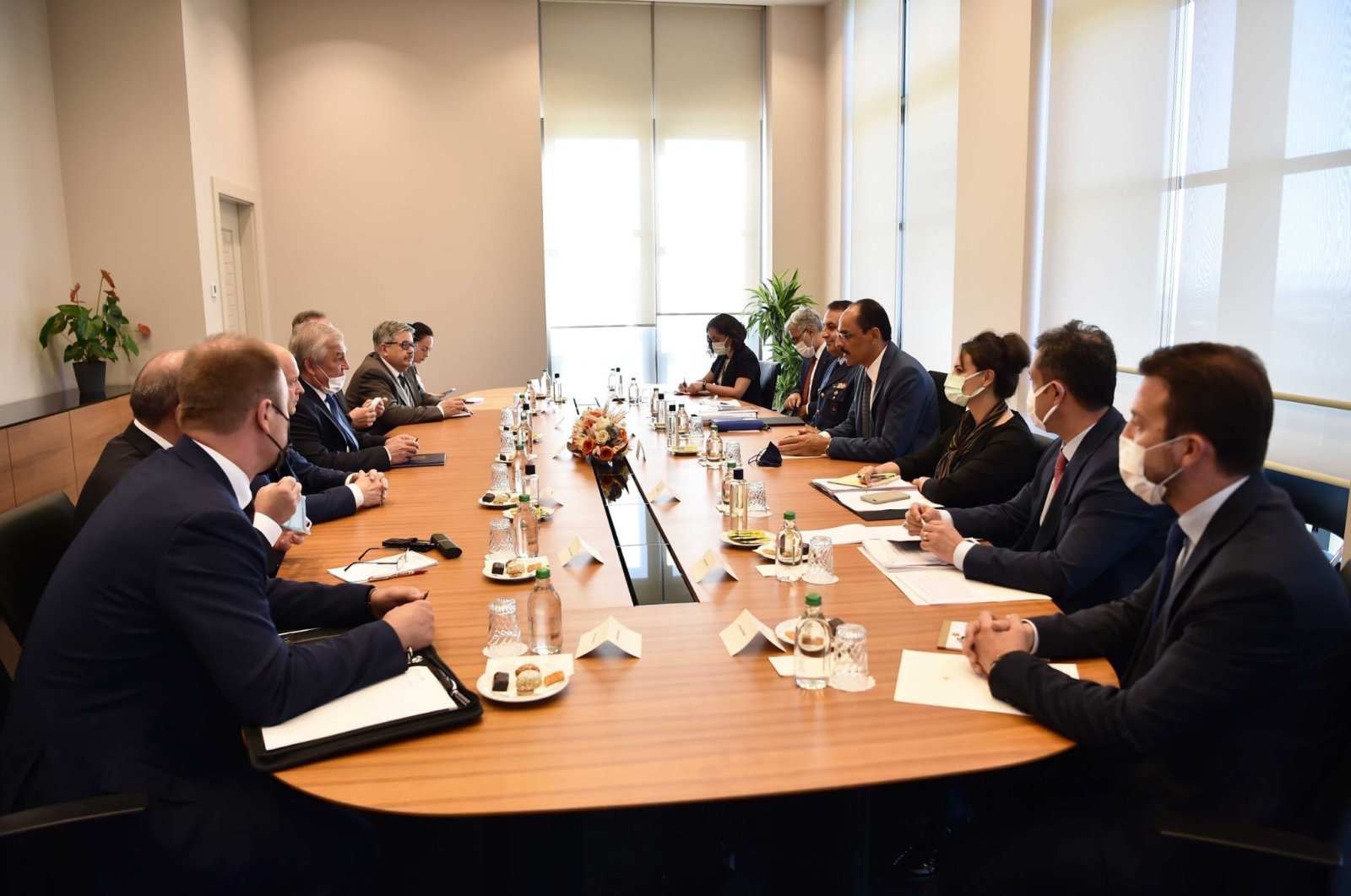 Presidential Spokesperson Ibrahim Kalın met with Russia's Special Envoy to Syria Alexander Lavrentiev late Tuesday, as both officials discussed the importance of the cease-fire in Idlib and the need to prevent provocative attacks in the region.

Kalın also said in the talks that efforts to establish the Syrian Constitutional Committee should be intensified.

The Turkish delegation led by Kalın also emphasized that the fight against every terrorist group operating in the region, such as the YPG/PKK, Daesh and others, should continue with determination.

Kalın and his team also underlined the need for joint steps to alleviate the humanitarian crisis in Syria and said that Turkey welcomes the United Nations Security Council’s Resolution 2585, which extends the use of the Bab al-Hawa border crossing for the delivery of humanitarian aid for six months, with the expectation of a subsequent renewal for another six months, until 10 July 2022.

Idlib has been the subject of multiple cease-fire understandings that the Assad regime and its allies have frequently violated. For years, the Assad regime has ignored the needs and safety of the Syrian people, only eyeing further gains of territory and crushing the opposition. With this aim, the regime has incessantly bombed civilian facilities such as schools, hospitals and residential areas, causing the displacement of almost half of the country's population.