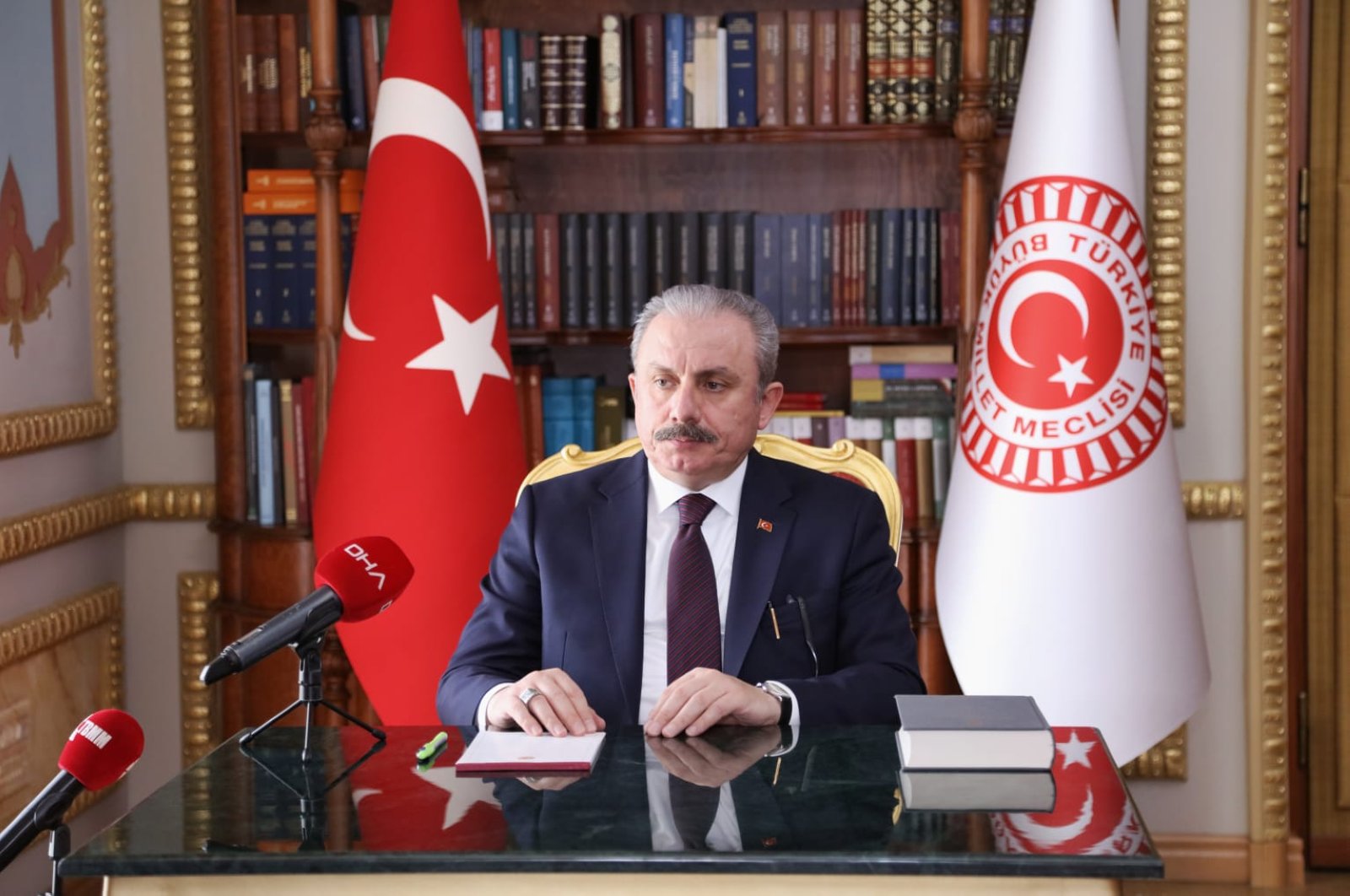 Turkey’s Parliament Speaker Mustafa Şentop on Thursday called on 44 countries in the Asian Parliamentary Assembly (APA) to act collectively and in solidarity against the coronavirus pandemic.

In an official letter sent to the parliamentary speakers of the APA, Şentop said, “Because this deadly threat is a global outbreak, I believe the necessity of parliaments, governments and civil society organizations to take a series of collective and coherent measures and to implement them immediately.”

As the letter underlines the importance of collective action and solidarity among all countries, he added, "It is the humanitarian responsibility of all of us in this critical international situation to demonstrate our solidarity, empathy, and altruism in the best possible way and put aside the obstacles of any nature – bilateral or multilateral – which prevent us from unified and coherent resolve to get the humanity rid of this threat.”

The letter stated that the globe is "witnessing a surging death toll caused by this devastating killer on a daily basis almost in every corner of the world."

"On this critical and unprecedented juncture, I wish to express my sincere solidarity with people and countries around the globe, especially to my fellow Asian nations, who are intensely engaged in the fight against COVID-19 and state our readiness to extend humble assistance in any and every possible way to them to defeat and overcome this dangerous and destructive evil as soon as possible," the letter read.

"I feel obliged, as the Asian Parliament Assembly President, to call on you in this very dire time when coronavirus has become a global pandemic and created an unprecedented as well as complicated challenge, threatening health and well-being of people all around the world," it added.

After first appearing in the Chinese city of Wuhan in December, the new coronavirus has spread to at least 180 countries and regions.

The global death toll from the virus has hit 47,000 with more than 938,000 confirmed cases and 194,000 recoveries, according to U.S.-based Johns Hopkins University.

The APA, formed as a continuation of the Association of Asian Parliaments for Peace (AAPP), was established in 2006 with 58 members, including 42 full members and 16 observers. The number of seats allocated to each member is based on the size of the country's population. Turkey sends five deputies to the assembly every year, which currently has a total of 206 seats.

Turkey was elected APA term president in 2017 in a meeting held in Cambodia. Turkey's increasing role in the organization is considered to be the result of its growing interest in Asia and the demand to increase both diplomatic and commercial ties with Asian countries.