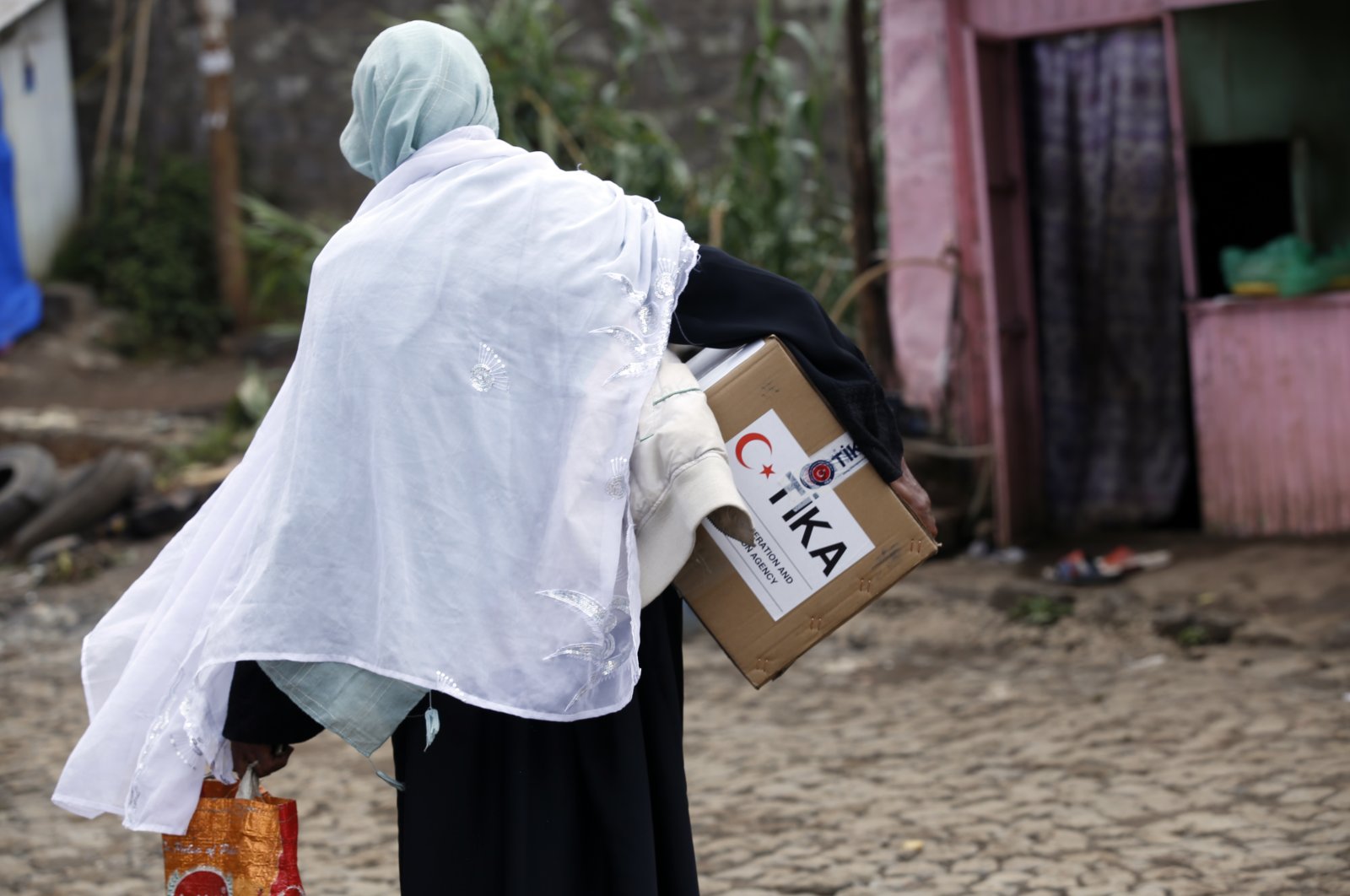 The Turkish Cooperation and Coordination Agency (TIKA) distributed food packages containing rice, cooking oil, flour and dates at a makeshift camp in the town of Legetafo, which in recent years has taken in people displaced by ethnic conflicts in the town of Jijiga, located in Ethiopia's Somali regional state.

Nebiba Seraj, Legetafo's mayor, said that TIKA has been helping "our displaced compatriots over the past two years."

"The assistance is more than food. It represents the close relationship between Ethiopia and Turkey," she added.

The aid agency, which has been providing humanitarian assistance in the Horn of Africa nation and renovated the ancient Al Nejashi Mosque in the north of the country, on Wednesday also gave food to widows and cancer patients.

Ethiopia "is a special nation for Turkey and Muslims all over the world because it hosted Prophet Muhammad's first followers who fled from the persecution of the ruling tribe of Mecca," he said, adding that the first caller to prayer or muezzin was Bilal al-Habashi, an Ethiopian.

TIKA and Turkey will always help Ethiopians who are now facing security challenges, he said.