Turkey’s relations with Ethiopia based on partnership: Turkish FM 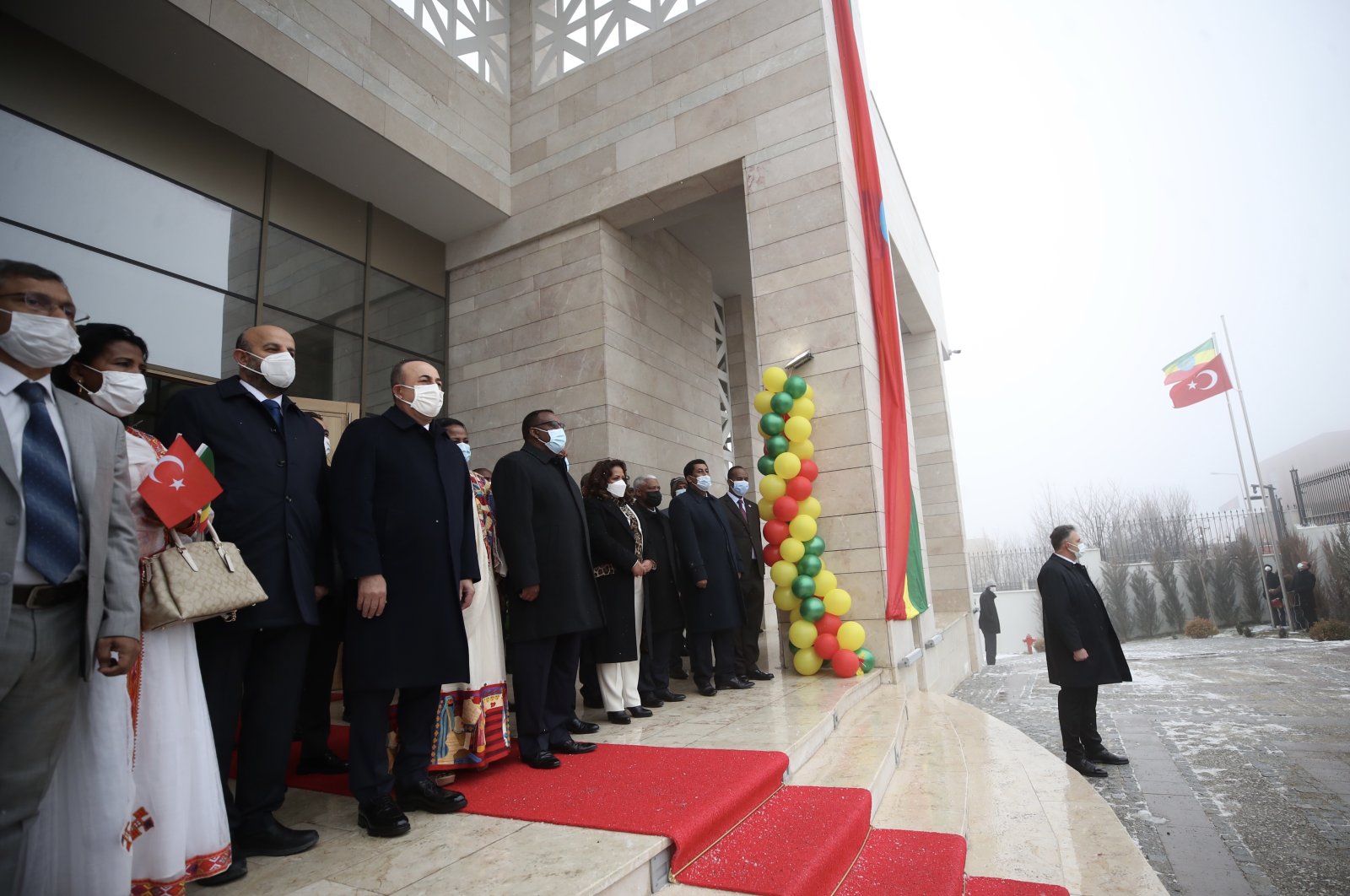 Ankara’s relations with "brotherly Ethiopia with which it has strong historical ties" and other African countries are based on partnership, Foreign Minister Mevlüt Çavuşoğlu highlighted on Monday.

Speaking at the inauguration ceremony of the new Ethiopian Embassy building in the capital Ankara, Çavuşoğlu looked back on the two nations' strategic partnership, noting that Turkey opened its first embassy in sub-Saharan Africa in 1926 in the Ethiopian capital Addis Ababa. “However, our diplomatic ties date even further back,” he said, explaining the ties between countries date back to 1896, making it 125 years since the launch of diplomatic relations.

Ethiopian Foreign Minister Demeke Mekonnen, who also attended the ceremony, said that the new embassy will draw the people of the two states together and enhance bilateral relations while promoting cultures.

“Ethiopia and Turkey enjoy a friendship and all-around cooperation. Over the years, the two governments have extended numerous high-level visits that produced very important outcomes that helped expedite the development of joint cooperation on both sides,” Mekonnen said, adding that Ethiopia is ready to deepen and strengthen cooperation with Turkey. The Ethiopian foreign minister also invited Turkish companies to invest in his country.

Over the years the landlocked country in the Horn of Africa has become a primary destination for Turkish investors on the continent. According to the Ethiopian Investment Commission, Turkey is the second-biggest investor in Ethiopia, with an investment capital of $2.5 billion (TL 17.43 billion). The person-to-person interaction and changing perceptions have boosted Ethiopian-Turkish ties and led Turkish companies to employ 30,000 Ethiopians thanks to the multifaceted relations nurtured between the two countries.

Turkey's top diplomat shared that the countries have set a bilateral trade volume target of $1 billion.

Çavuşoğlu, on another note, commended Ethiopia’s fight against terrorism, noting that Turkey “supports the anti-terror of Ethiopia, Somalia and other African countries very strongly” as a country that has years of experience battling the issue.

Çavuşoğlu also underlined the deep partnership Ankara has with African countries and stated that depending on the coronavirus pandemic conditions the 3rd Turkey-African Union partnership summit would be carried out in Turkey this year.

The Turkish foreign minister noted Turkey's 42 embassies in Africa and shared that the number will reach 44 with the opening of embassies in Togo and Guinea-Bissau.

Çavuşoğlu also stated that at one point there were only 10 embassies belonging to African countries in the capital Ankara, the number today stands at 36.

“These figures show how strong the ties between Turkey and African countries are,” he said.

Turkey's engagement with Africa dates back to the adoption of an action plan in 1998, but relations really took shape in 2005 when Ankara declared the "Year of Africa." Turkey was accorded observer status by the African Union (AU) the same year. In a reciprocal move, the AU declared Turkey its strategic partner in 2008, with relations between the continent and Turkey gaining momentum when the first Turkey-Africa Cooperation Summit was held in the commercial capital Istanbul with the participation of representatives from 50 African countries that year.