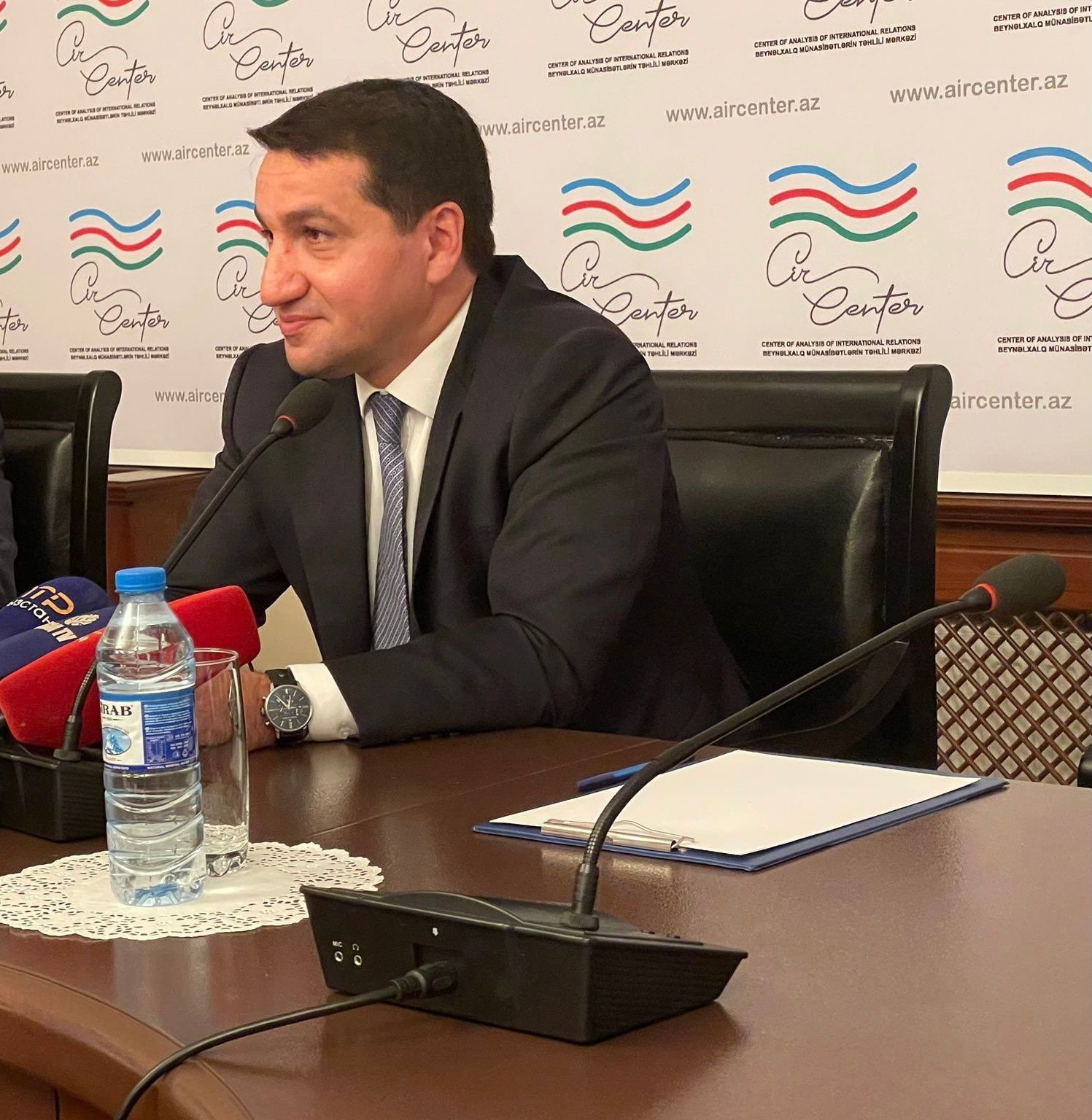 Speaking in an exclusive interview in Baku, Hajiyev said: "There is great potential within the framework of the Turkic Council. As brotherly countries, our people will get to know each other better within the Turkish world. Our tourism and economic relations will increase as our people get to know each other. Among these countries, our ideas will reveal our strategic point of view. Our leaders meet between our countries and a strategic view is taken by our leaders."

His statements came during a meeting of 30 journalists from Turkey, Azerbaijan, Kazakhstan, Kyrgyzstan, Uzbekistan and Hungary, which make up the Secretariat of the Turkic Council, in Azerbaijan.

Journalists, who came to Azerbaijan at the invitation of the country, met with high-level officials, including the Deputy President of Azerbaijan and head of Foreign Policy Affairs Department of the Presidential Administration, Hikmet Hajiyev. Journalists consulted with the Azerbaijani authorities, and opinions were presented on taking steps to ensure cooperation and unity among the six countries.

“We need to use more of the Turkic Council's possibilities. As the Turkic Council, many meetings were held about our media. We have given instructions to the Azerbaijani state media (that) there is a need to prepare more materials about our brotherly countries. Young people need to be informed. We are pleased to see every single journalist here. We are brothers. Azerbaijan is also your homeland ... Our brotherly countries and Turkey are our homelands," he said.

Hajiyev expressed his thanks to the brotherly Turkish media. Recalling that they saw that the Turkish media was on Azerbaijan's side, especially during the war, Hajiyev said: "During the war, the Turkic media provided great support to the Azerbaijani media in publishing the news in your country and in the world media. We saw that black propaganda was made against Azerbaijan during the war. Turkish and Azerbaijani media played a very important role in revealing the truth. Our honorable president himself, and at the press conference, always noted the contribution and role of the media of the brotherly country in particular."

Gismat Gozalov, deputy secretary-general of the Turkic Council, told the Anadolu Agency (AA) that the tour was organized in line with the activity plan created at a meeting held in Baku in April.

Pointing out that the members of the press had the opportunity to see the historical lands of Azerbaijan that were liberated from the occupation and the cultural monuments that were dispersed by Armenia during the occupation process, Gozalov underlined that the damaged historical and cultural assets belong to the Turkish-Islamic civilization.

Gozalov pointed out that the construction and restoration works started rapidly in the region in a short period of 7-8 months.

"The purpose of the media tour is to increase communication between members of the press from member countries, to establish friendships and to engage in joint activities. From time to time, false statements can be made about the Turkish world in the European press and social media. We saw this in the second Karabakh War. These situations can be overcome by fighting together," he said.

On the first day of the tour, approximately 30 journalists from Kazakhstan, Kyrgyzstan, Turkey, Uzbekistan and Hungary visited the museums as well as the cultural and historical sites in Baku. The members of the press, received by Hajiyev, exchanged views on the further development of relations between the media representatives of the Turkic Council.

In the continuation of the program, the journalists visited Ganja, the second largest city of Azerbaijan, and the cities liberated from Armenian occupation. They also visited the 30-year-old cultural and historical heritage of the Azerbaijani people as well as the Turkish and Islamic World and witnessed the looting and destruction of the Armenian occupation.

Fresh clashes erupted between Azerbaijan and Armenia on Sept. 27. The Armenian military maintained its attacks on civilians and Azerbaijani forces for 44 days, even violating two humanitarian cease-fire agreements. Relations between the former Soviet republics have been tense since 1991 when the Armenian military occupied Nagorno-Karabakh, a territory recognized as part of Azerbaijan.

Azerbaijan seized back swaths of its Armenian-occupied territory last year in the conflict that erupted in Nagorno-Karabakh. The conflict claimed 6,000 lives and ended with a Russian-brokered truce in November 2020.

The Cooperation Council of Turkic Speaking States (the Turkic Council) was established in 2009 as an intergovernmental organization, with the overarching aim of promoting comprehensive cooperation among Turkic speaking states. Its four founding member states are Azerbaijan, Kazakhstan, Kyrgyzstan and Turkey.