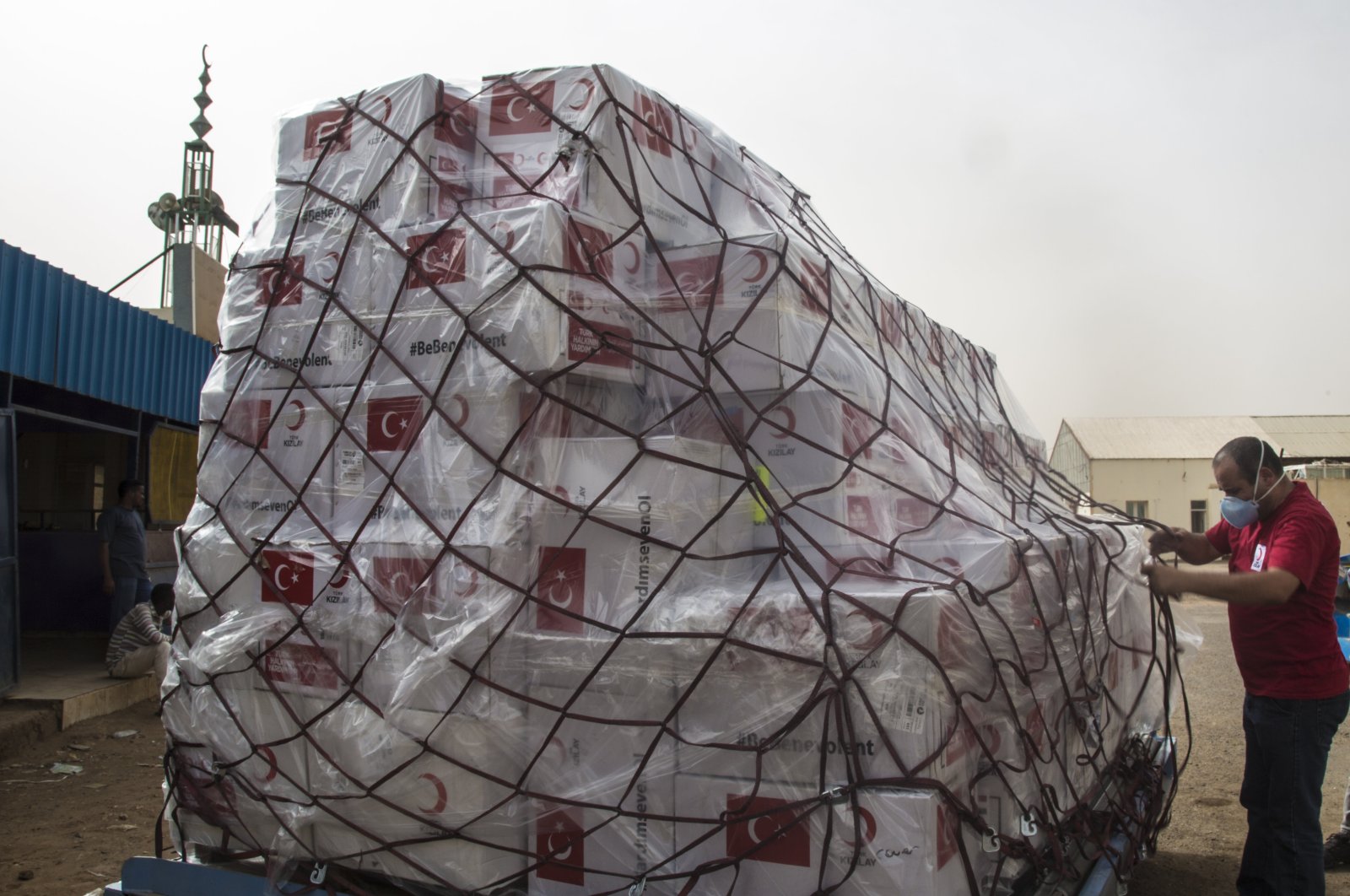 Despite very long distances between Turkey and the heart of the African continent, the mere mention of the country's name brings a smile to many on the continent who have benefited from the generosity of its charities.

He said work in the field could sometimes be hard or dangerous, but when they see the smile of children and the emotions of vulnerable people it gives them motivation and willingness to even work harder.

Kızılay, which has been in war-affected South Sudan since 2017, works in close partnership with the South Sudan Red Cross serving thousands of vulnerable communities.

They often distribute food items, tents and hygiene kits to thousands at camps for internally displaced persons (IDPs) across the country, bringing joy to many people denied help.

"In April, Kızılay gave food packages to hundreds of people during the Muslim holy month of Ramadan, in a drive carried out in collaboration with the Islamic Council of South Sudan and local development group MADA," Turganali said.

At one of their food distribution events, a young man dressed in sportswear is seen in a video waving the Turkish flag in appreciation. Another South Sudanese woman who identifies herself as only Joyce appreciates the assistance rendered to them by Kızılay.

Turganali told AA that the humanitarian aid group has mostly been implementing projects in the areas of water, sanitation and hygiene promotion, though they are also engaged in support activities such as visiting orphanages and meeting essential needs of children there such as shoes, clothes, food items, household items and hygiene items among others.

He said Kızılay has also built latrines and shower units at the Nimule Hospital near the South Sudan-Uganda border to support COVID-19 treatment in the hospital.

"Having said this, I would like to highlight that Kızılay is always supporting South Sudan Red Cross to reach the most vulnerable people in the country," he added.

Turganali said Kızılay in collaboration with South Sudan Red Cross helped thousands of people who had been pushed out of their homes by floods in Bor County last year.

Türkiye Diyanet Vakfı (TDV) is one of the Turkish charities working in South Africa and often helps people in neighboring countries including Lesotho and Eswatini.

The foundation which works in cooperation with local partners including Jamiatul Ulama South Africa, Muslim Judicial Council, AwqafSA, Darul Uloom Zakariyya and al-Qaasim Islamic Center, has been doing charity work in the country since 2013.

Ahmet Yılmaz, the social affairs counselor at the Turkish Embassy in Pretoria, told AA that during Qurban Bayram, also known as Eid al-Adha or the Feast of Sacrifice, this year, the Diyanet distributed meat to more than 85,000 families in need in South Africa and Lesotho.

Yılmaz said they gave out meat between July 22 and Aug. 3, in nearly 100 locations in the country, including major South African cities such as Cape Town, Durban, Johannesburg and Pretoria.

The TDV, also known as the Diyanet Foundation, which has been carrying out meat distribution projects in South Africa for the past eight years, had its program this year headed by Yılmaz, who was appointed to the position in February.

"Whenever the holy month of Ramadan or Eid approaches, I'm sure I will not go hungry. Our Turkish friends will provide us with food," Mujahid Ali, a 55-year-old father of four, told AA in Crosby, south of Johannesburg.

The South African Muslim community in the historic township of Soweto also praised and thanked the Turkish government and its people for assisting them in renovating a mosque in their community.

"On behalf of the community of Soweto, we are grateful and appreciate the help and support that the Turkish government has given us in renovating our mosque," Luqmaan Mogapi, head of communications at the Masjidul Umma in Soweto, told AA.

There are several Turkish organizations working in South Africa, in different fields, and not necessarily in the charity sector. These include the Turkish Cooperation and Coordination Agency (TIKA), a development aid agency, Yunus Emre Institute (YEE) which promotes Turkish culture, and Maarif Foundation, an educational arm of the Turkish government, among others.

Although TIKA is not a charity organization but a development aid agency, it has helped people across Southern Africa during times of need.

Turkey's opening up to Africa, which dates back to the action plan adopted in 1998, took shape in 2005 when it was declared the “Year of Africa” by Ankara and Turkey was accorded observer status by the Africa Union the same year.

In a reciprocal move, the African Union declared Turkey its strategic partner in 2008 and relations between Africa and Turkey gained momentum when the first Turkey-Africa Cooperation Summit was held in the commercial capital Istanbul with the participation of representatives from 50 African countries that year.