Turkish ambassador in US hosts religious leaders at iftar dinner 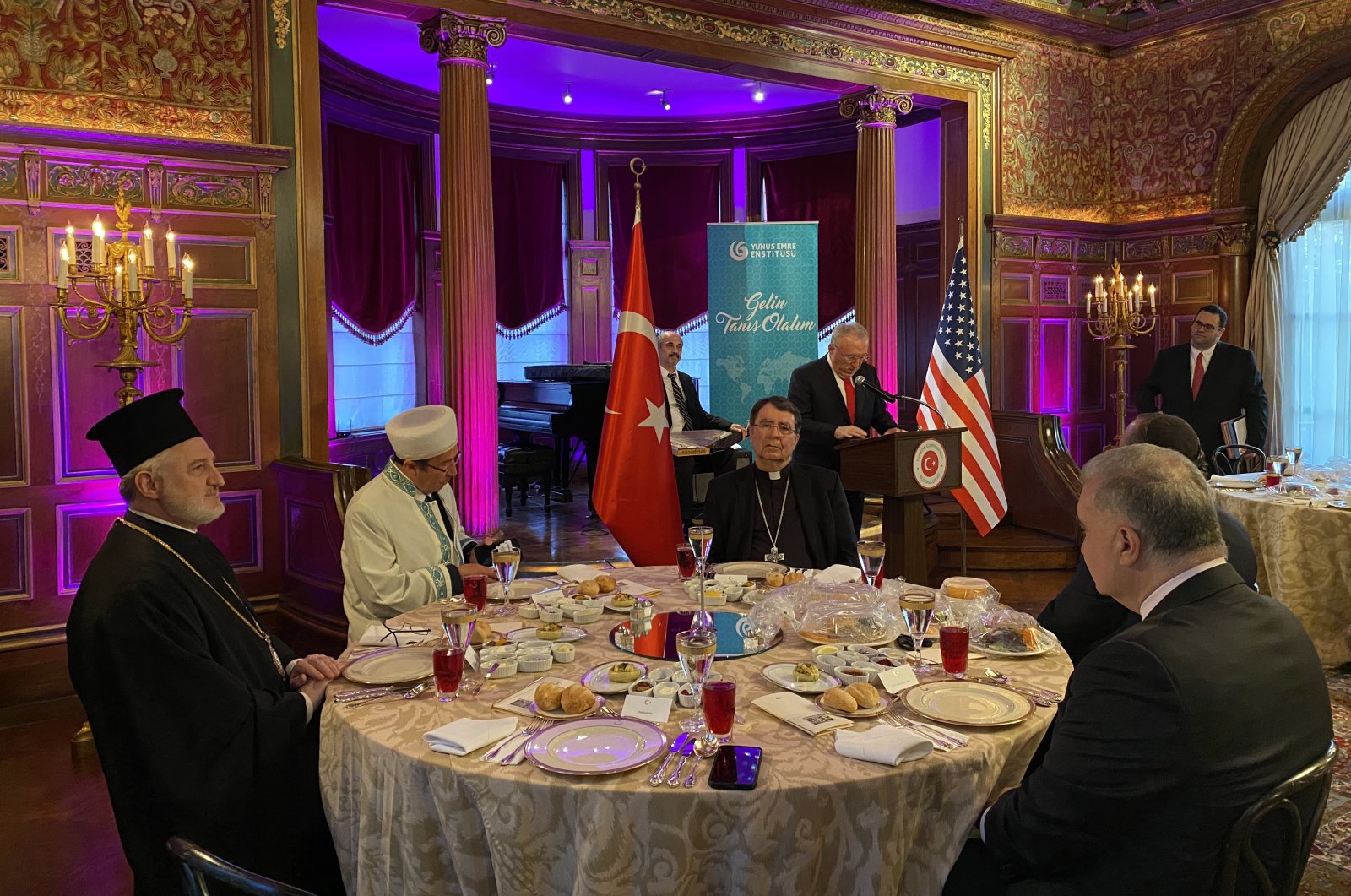 Turkey's ambassador to the U.S. hosted representatives of Muslim, Jewish and Christian communities at an iftar (fast-breaking) dinner Tuesday.

"I would like to welcome you all to the residence of the Turkish ambassador on this lovely Ramadan evening to share our iftar," said Ambassador Hasan Murat Mercan in his speech to the guests.

Mercan, who took office in early March, noted that he had traveled to Istanbul and met with the Greek Orthodox Patriarch Bartholomeos, Isak Haleva, Turkey's chief rabbi, and Ishak Ibrahimzadeh, the head of the Turkish-Jewish community, before arriving in the U.S.

"During these visits, I had the chance to pass through the old city, with the domes of our mosques and the many churches and synagogues. And I should say there is always fresh hope and joy of life in the breeze of the Bosporus. That is how we should be inspired and encouraged to stand together, hand in hand against any bigotry and hatred around the world, be it Islamophobia, anti-Christianity, anti-Semitism, or any other hatred targeting people's freedom of conscience," he said.

Ambassador Elin Suleymanov of Azerbaijan was the special guest at the event. Many imams, rabbis, bishops, reverends and scholars were also in attendance.

Reverend Johnnie Moore thanked Ambassador Mercan for his invitation, noting that their faiths teach the importance of such invitations.

Our faiths teach the significance of an invitation to a home, I thank the Amb. for it. pic.twitter.com/2jsZ7niFUf

Rabbi Mendy Chitrik also said he was honored to speak at the event.

Honored to speak today at the @TurkishEmbassy #iftar about our father Avraham/Ibrahim/Abraham's journey from #Harran: Hospitality, Faith, Brotherhood and common destiny is what shall guide us to healing. Thank you HE @HMuratMercan for creating this atmosphere - let's bring peace! https://t.co/v1QCFp0Td8 pic.twitter.com/uRHcS6Iffr

The guests also enjoyed a recital of the "kanun," a traditional Ottoman string instrument with deep historical roots.

"Let me close by wishing all the people peace, harmony and a secure environment to enjoy life with their families and friends. Together, like we do this evening," Mercan concluded.