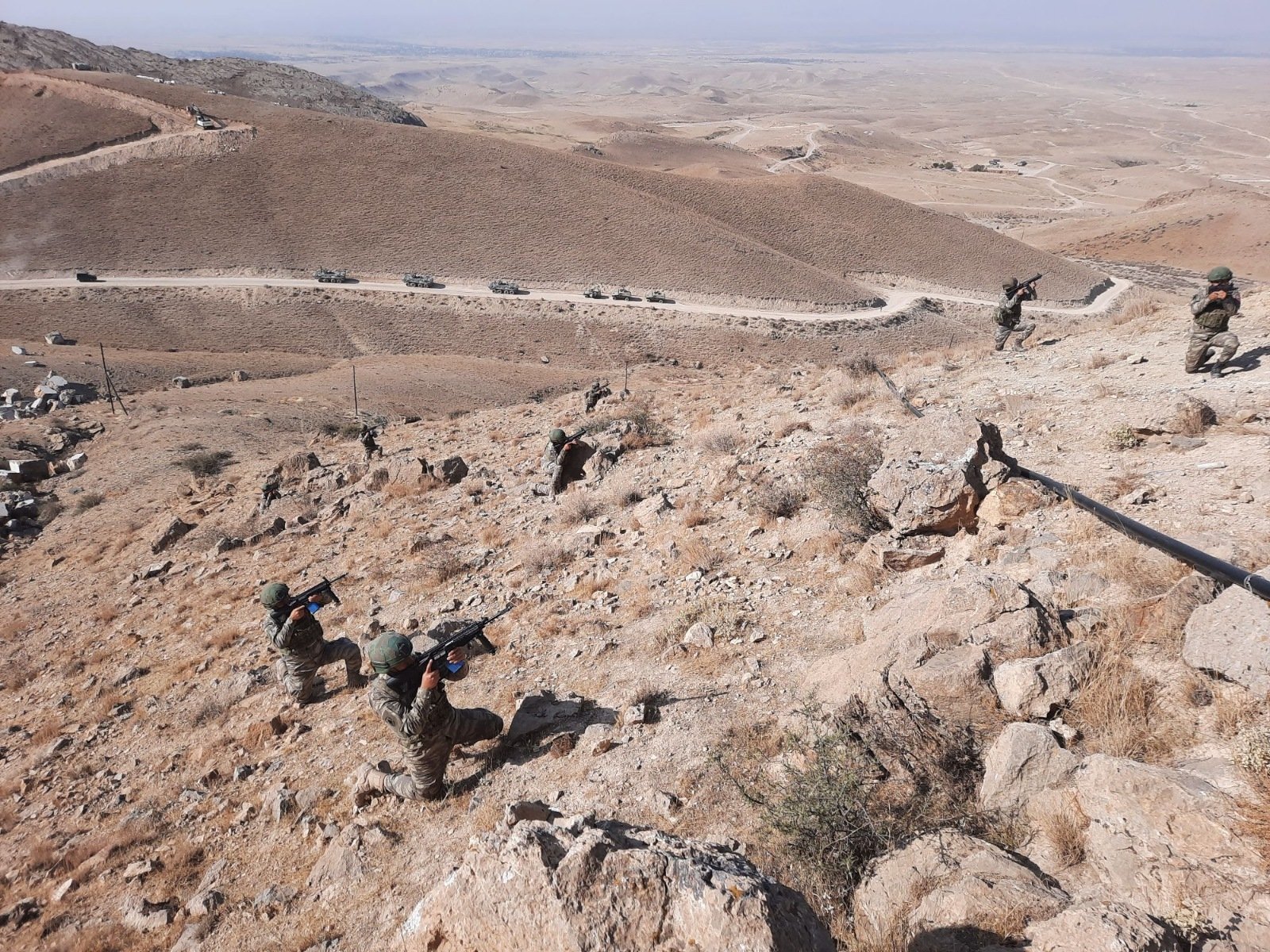 The Turkish and Azerbaijani militaries take part in a joint military drill in Nakhchivan Autonomous Region, in this undated photo provided by the Defense Ministry. (AA Photo)
by DAILY SABAH WITH AA
Oct 06, 2021 4:08 pm

Indestructible Brotherhood-2021 includes live-fire tactical exercises by land and air units from the two countries, according to a statement by the Azerbaijani Defense Ministry on Tuesday evening.

"In order to ensure the interoperability of units, troops are constantly monitored from command posts through control systems as well as units and formations, operate in accordance with combat readiness plans," the ministry said.

The exercises involved combat aircraft, transport and attack helicopters, with pilots performing training flights and aerobatic maneuvers, read the statement, which was accompanied by visuals from the exercises.

Earlier in September, the two militaries launched a joint drill in Azerbaijan's Lachin region – which was liberated from Armenian occupation last year.

The declaration affirms joint efforts by the two armies in the face of foreign threats. It also pledges joint efforts for the restructuring and modernization of its armed forces.

During his presidency, President Recep Tayyip Erdoğan has visited Azerbaijan more than 20 times, while over 100 delegation visits have been conducted.