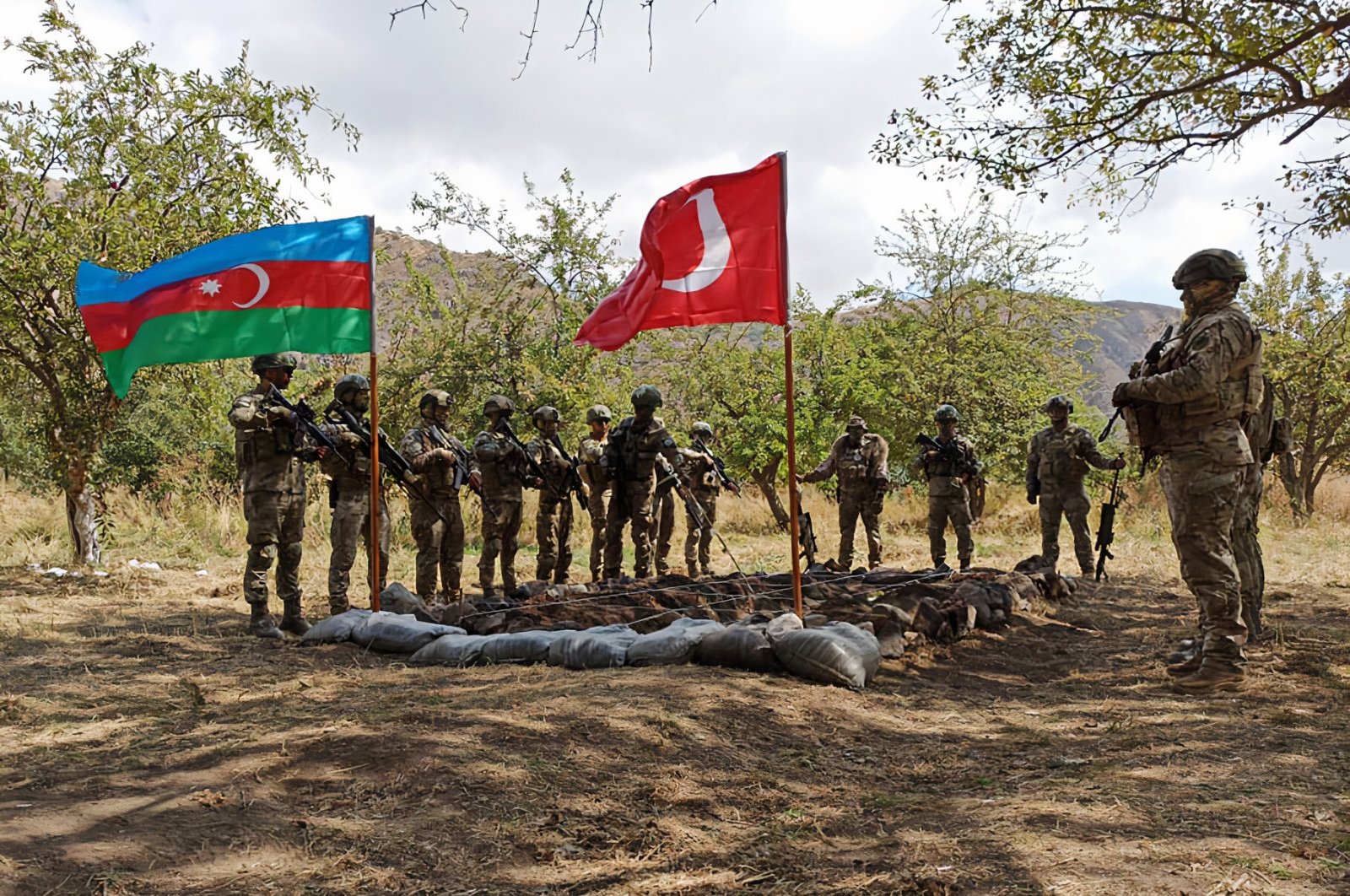 Turkish and Azerbaijani militaries launched a joint drill in Azerbaijan's Lachin region – which was liberated from Armenian occupation last year – according to the Azerbaijani Defense Ministry.

The joint exercise is being held under the Agreement on Military Cooperation between Azerbaijan and Turkey, the ministry said in a statement.

The exercise aims to improve interoperability and combat coordination as well as the commanders' military decision-making and unit controlling skills, it noted.

"During the exercises, special attention was paid to improving the skills of using modern military equipment and other military means in difficult terrain," the statement added.

Meanwhile, in a separate statement, the Azerbaijani Defense Ministry said special naval forces of Turkey and Azerbaijan are continuing with joint training exercises.

The exercises have "participation of underwater offense and underwater defense groups," a statement by the ministry read.

It said that the personnel carried out "combat live-fire exercises to plan operations, neutralize the imaginary enemy and sabotage group, and destroy their temporary base."

"During the exercises with the involvement of boats, the targets of the imaginary enemy were destroyed and the tasks were successfully fulfilled," the readout said.

During his presidency, President Recep Tayyip Erdoğan has visited Azerbaijan more than 20 times, while the delegation visits have reached more than 100.