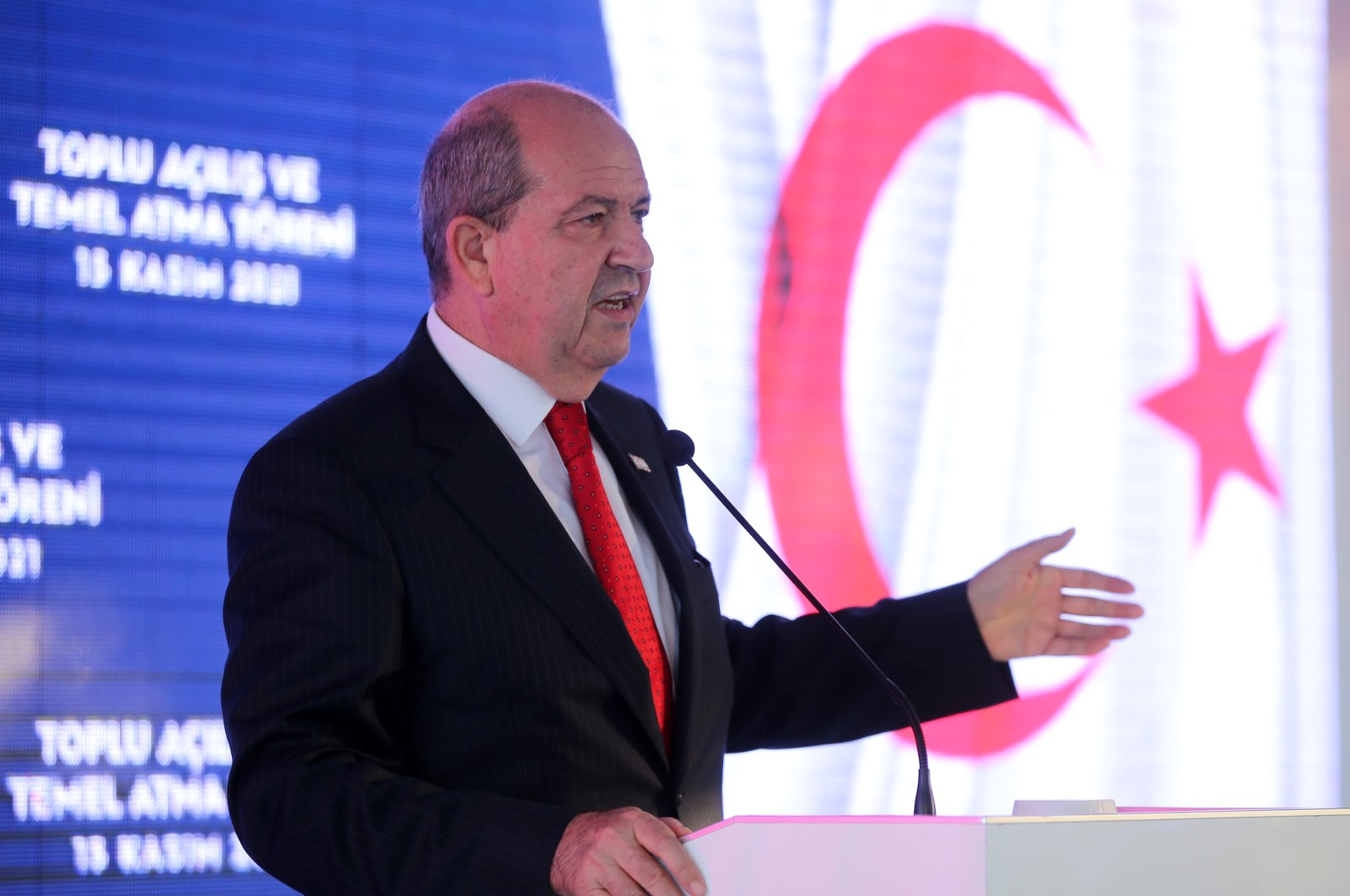 Turkish Republic of Northern Cyprus (TRNC) President Ersin Tatar on Sunday slammed the recent arson attempt on a mosque in the Greek-administered part of the island.

In a statement, Tatar condemned the attempt to burn the Grand Mosque in Larnaca and called on the Greek Cypriot administration to prevent such attacks and arrest those responsible at the earliest.

Earlier in the day, the TRNC's Presidency of Religious Affairs confirmed in a statement that the attack took place on Dec. 2. No casualties have been reported, and police have arrested at least one suspect.

"We strongly condemn the arson attack against the Grand Mosque in Larnaca, the Greek Cypriot Administration of Southern Cyprus," the Turkish Foreign Ministry said in a statement.

"As a recent instance of Islamophobia, this attack and similar actions do not only target Muslims but also threaten the common values of humanity and reveal how certain circles are far from the understanding of peaceful coexistence," it added.

Mosques on the island are frequently targeted in attacks, including vandalism, Molotov cocktail attacks and more.

In 1974, a Greek Cypriot coup, aimed at Greece’s annexation of the island, led to Turkey’s military intervention as a guarantor power to protect the Turkish Cypriots from persecution and violence.

The Greek Cypriot administration entered the EU in 2004, the same year that Greek Cypriots thwarted the United Nations-brokered "Annan Plan" to end the decadeslong dispute.