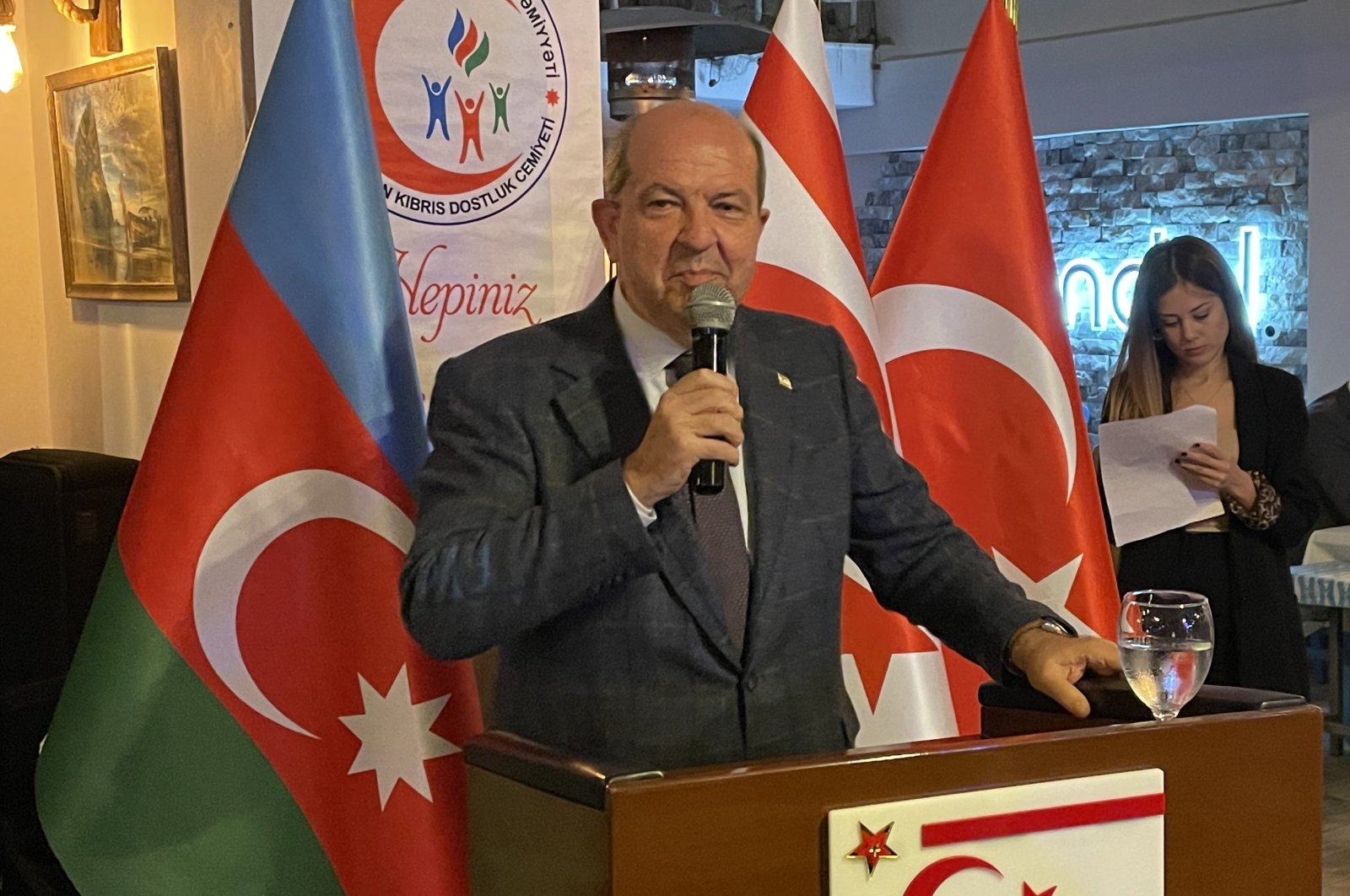 Turkish Republic of Northern Cyprus (TRNC) President Ersin Tatar said Sunday that he hopes the cultural, economic and social ties between the TRNC and Azerbaijan will develop on all levels and be politically fruitful.

In the TRNC, a "Dec. 31 World Azerbaijanis Solidarity Day" and a New Year's event were held. Tatar in his speech at the event stated that he was happy to participate in such an event and celebrate the holiday.

"We, as the sons of a great nation, are of course one nation, three states. Our flags are a torch and expression of our independence, our power and the freedom of Turks all over the world. Congratulations to all our Azerbaijani brothers. Your victory in Karabakh was also our victory," he said.

Emphasizing that the Turkish Cypriots have suffered a lot on the island, Tatar said that they did not give up during this process and that they trusted their homeland Turkey.

Tatar, underlining that the TRNC is a state and a Turkic nation in the Eastern Mediterranean, conveyed his greetings to all Azerbaijani people.

The island of Cyprus has been mired in a decadeslong struggle between the Turkish and Greek Cypriots, despite a series of diplomatic efforts by the United Nations to achieve a comprehensive settlement. The island has been divided since 1964 when ethnic attacks forced the Turkish Cypriots to withdraw into enclaves for their safety. In 1974, a Greek Cypriot coup aiming at Greece's annexation led to Turkey's military intervention as a guarantor power. The TRNC was founded in 1983. Turkey is the only country that officially recognizes the TRNC as a separate and independent state.

Commemorating Azerbaijani President Ilham Aliyev's birthday on Dec. 24, Tatar said: "He (Aliyev) will definitely have a message for us in the near future."

"I know that our Azerbaijani brothers are deeply devoted to us. Wherever I met with our Azerbaijani brothers in the world, I saw that their hearts are with us and our hearts are with them. This also made me very happy. I hope that the cultural, economic and social ties between us will be developed with all kinds of human relations and will be crowned politically," he added.