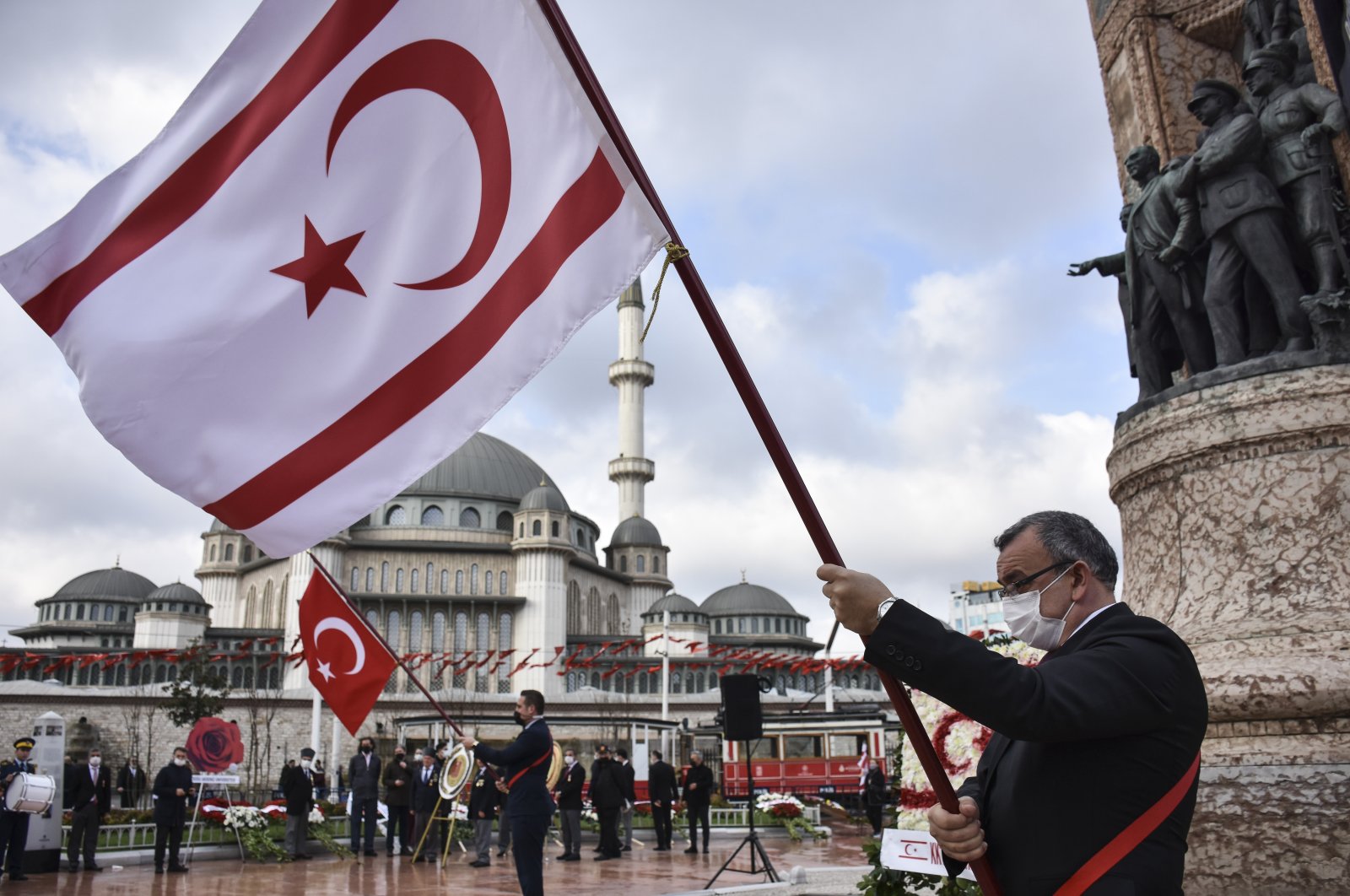 The Turkish Republic of Northern Cyprus (TRNC) on Monday celebrated the 38th anniversary of its foundation with special events, achieved after many years of suffering under the oppression of the Greek side.

Speaking there, Oktay said that the Greek Cypriot side announced that they will start unilateral hydrocarbon studies in the Mediterranean again, adding: "Don't worry, we will not leave them alone, we will continue our drilling works from where we left off. We do not hesitate from anyone. Those who seek adventure in the Eastern Mediterranean get the answer."

Foreign Minister Mevlüt Çavuşoğlu in a Twitter message marked the special day and said, "We will continue to walk shoulder to shoulder with our Turkish Cypriot brothers in the TRNC's fight for the future and independence!"

Deputy Foreign Minister Yavuz Selim Kıran also said, "Turkey, on the basis of international law, will always continue to be the unconditional and unshakable supporter of the TRNC and its people, as a guarantor of the Turkish people of Northern Cyprus, both at the table and on the field."

The Turkish Parliament speaker also marked the 38th founding anniversary of the TRNC.

In a letter to Turkish Cyprus President Tatar and his counterpart Önder Sennaroğlu, Mustafa Şentop said, "On behalf of myself and the members of the Turkish Grand National Assembly, I congratulate (you on) the 38th anniversary of the Turkish Republic of Northern Cyprus with my most heartfelt feelings."

Noting that Nov. 15, 1983, constituted the most important turning point in the political destiny of the Turkish Cypriot people, Şentop said this is a glorious day when the Turkish people also felt the same enthusiasm and joy in their hearts.

On Nov. 15, 1983, the republic was found following a struggle for independence to achieve sovereignty over their land and provide peace and serenity.

Cyprus has been divided into the TRNC in the north, and Greek Cypriot administration in the south, since a 1974 military coup aiming to annex Cyprus to Greece.

The Greek Cypriot administration entered the European Union in 2004, the same year that Greek Cypriots thwarted the U.N.'s Annan plan to end the dispute.