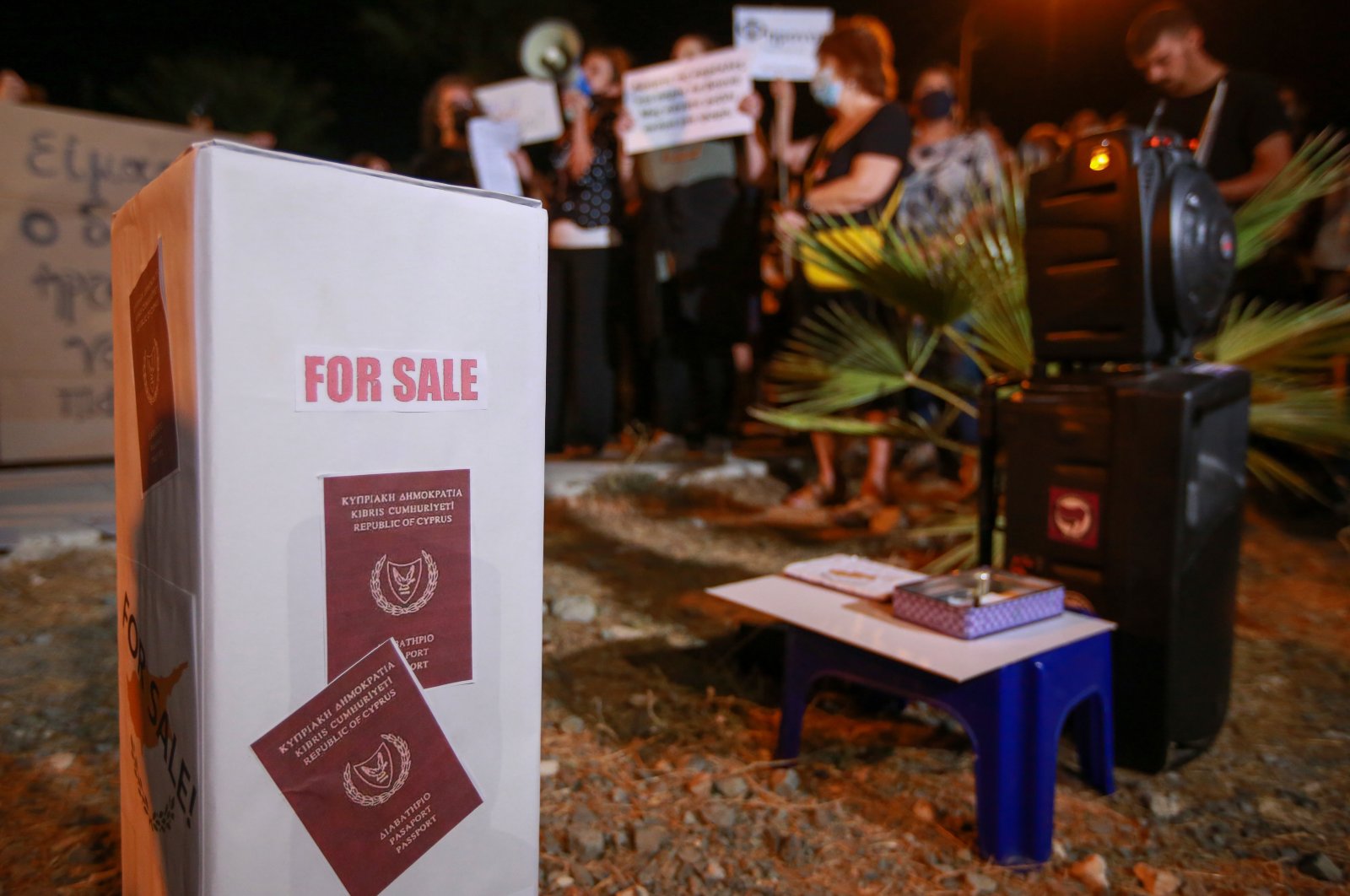 The Greek Cypriot administration Monday said that it would revoke the passports of officials of the Turkish Republic of Northern Cyprus (TRNC). The decision came as relations between the two communities on the island hit a new low recently as the Turkish side insists on fresh diplomatic talks based on the recognition of two equal sovereign states on the island. Meanwhile, the Greek side pushes international actors to ignore the sovereign rights of the Turkish side.

A number of Turkish Cypriot officials, including incumbent President Ersin Tatar, are known to hold or have held passports from Greek Cyprus, even though they administer the Turkish Cypriot state.

The Eastern Mediterranean island was split in a Turkish operation in 1974 after a brief Greek-inspired coup. The TRNC is recognized only by Turkey, while Greek Cyprus is internationally recognized as the Republic of Cyprus established in 1960.

The present Greek Cypriot administration, which made billions selling passports to thousands ranging from Russian oligarchs and a Malaysian fugitive to well-connected Cambodians, claimed that "the actions of the Turkish Cypriots undermined the integrity of Cyprus."

Reunification attempts have repeatedly failed, and relations are at a new low in disputes over offshore energy reserves, a Turkish Cypriot demand that peace talks be placed on a new footing based on the recognition of two equal sovereign states on the island and Turkish moves to open part of the fenced-in city of Varosha (Maraş) abandoned by its residents in the 1974 conflict.

Greek Cyprus "would revoke, fail to renew or refuse to issue passports to individuals who participated in the pseudo state's Cabinet, or were involved in attempts to reopen Varosha (Maraş)," Greek Cypriot administration spokesperson Marios Pelekanos said.

Turkish Cypriot authorities in July announced a partial reopening of the beach suburb of Varosha for potential resettlement, but the move provoked a strong rebuke from the Greek Cypriot administration who regard it as a land-grab.

The area has been a Turkish military zone with no settlement permitted for decades.

Local media have reported that Tatar, a strong proponent of Turkish Cypriot independence, obtained a Greek Cypriot passport in 2000. Tatar is the son of a prominent technocrat who acted as an adviser in talks leading to the establishment of the Republic of Cyprus in 1960 after independence from Britain.

The Greek Cypriot administration entered the European Union in 2004, the same year that Greek Cypriots thwarted the United Nations' Annan Plan to end the decadeslong dispute.