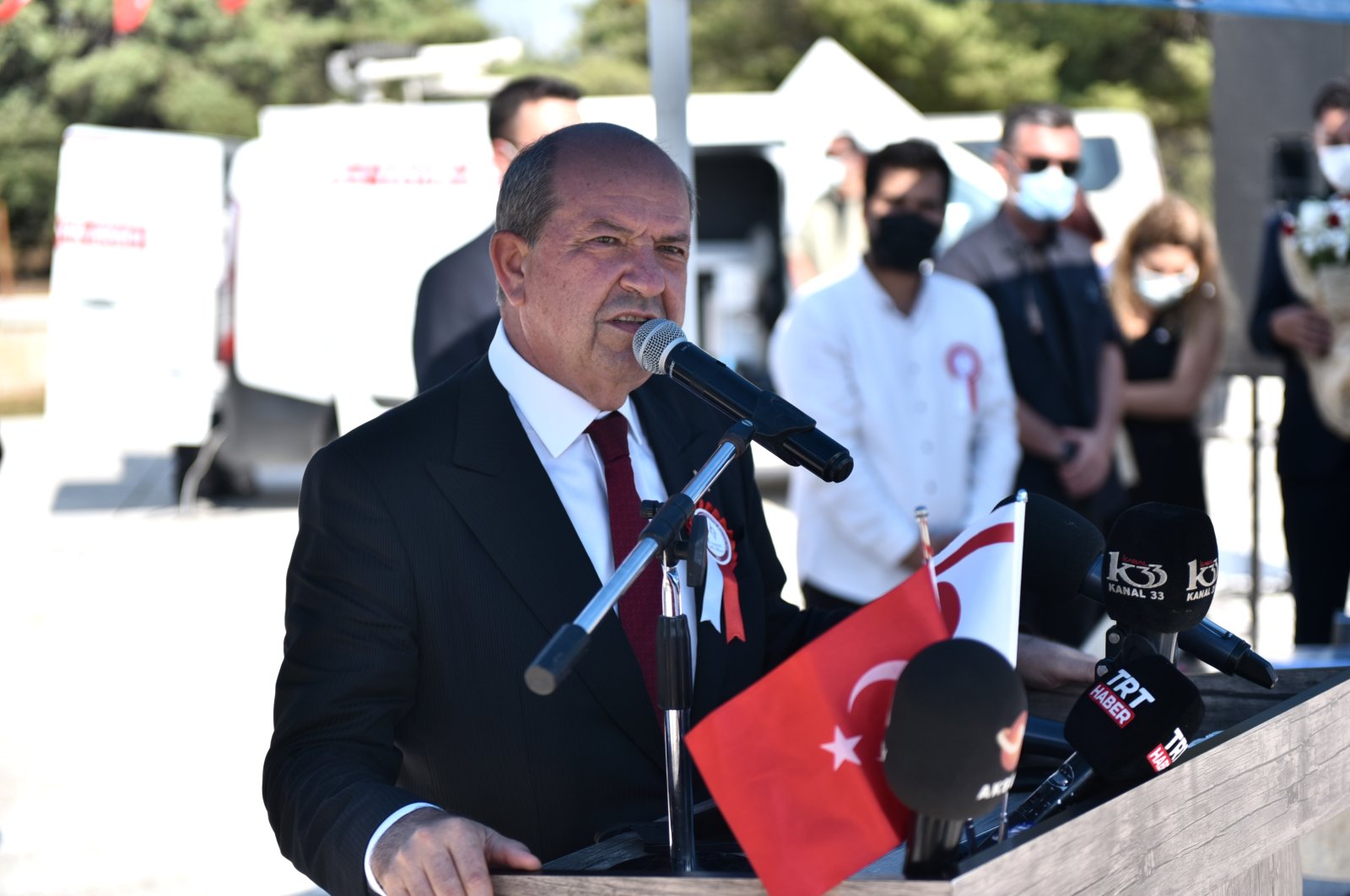 The Turkish Republic of Northern Cyprus (TRNC) will embrace homeland Turkey tighter than ever, as it prepares to celebrate the 47th anniversary of the peace operation, President Ersin Tatar said Monday.

In a written statement, Tatar said the TRNC will walk in a more determined manner thanks to Turkey’s support and will continue to embrace it.

But Tatar noted that the Turkish Cypriots will not fall prey to such provocations.

Regarding the solution to the Cyprus issue, Tatar reiterated his determination to seek a two-state solution and noted that they will not give up opening the closed city of Varosha (Maraş).

Erdoğan is set to start a two-day official visit to the TRNC Monday to mark the 47th anniversary of Turkey's 1974 Peace Operation, which protected the island's Turkish Cypriot community from Greek Cypriot violence.