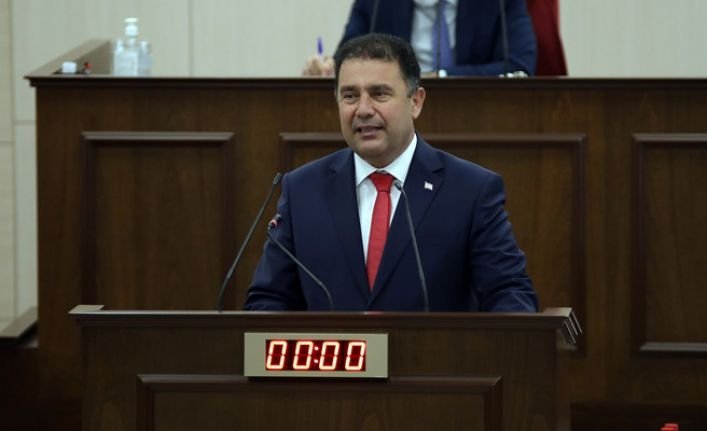 A legal debate on which institution is tasked to run Quran courses and the education of religious officials in the Turkish Republic of Northern Cyprus (TRNC) further heated up on Thursday after a top court's ruling favored the Education Ministry rather than the religious authority, in a decision that is considered a ban on Quran courses.

A lawsuit filed for the annulment of the authority of the Presidency of Religious Affairs (DIB) to open Quran courses in the TRNC in 2018 was concluded on Thursday. The Turkish Cypriot Supreme Court, acting as the Constitutional Court, ruled that all types of education should be "under the supervision and control" of the Ministry of National Education and Culture as part of the secularism principle.

The decision, which was criticized for supporting the perception that the DIB is an institution functioning outside the state, was reflected in the press that the Quran courses in the TRNC would be closed.

Following the reactions, TRNC Prime Minister Ersan Saner said Friday: "Our Constitution clearly states that no one can be deprived of the freedom to learn and apply the book and principles of a belief. Therefore, it is out of the question to ban Quran courses in the TRNC with the Constitutional Court decision."

In his written statement, Saner stated that after learning the news from the press, he met with DIB President Talip Atalay.

"Their attitude on this matter should change; until it changes, we will never tolerate steps that prevent freedom of belief and the Quran education of the children," he added.

Comparing the situation in Turkey to that of the TRNC and France, he said: "You know these things are solved in Turkey. Northern Cyprus is not a France. TRNC should implement what Turkey does in all areas."

Meanwhile, the court ruling was criticized by a wider audience. Turkey's Presidential Communications Director Fahrettin Altun said Thursday the decision "is the product of an ideological and dogmatic mind.”

"To interpret secularism in such a shallow and wrong way is a step toward abolishing fundamental rights and freedoms," Altun said on Twitter. He went on to say that secularism guarantees freedom of religion and cannot be used as a means of banning religious education.

The "wrong decision" is a threat to the existence of Turkish Cypriots and unity, Altun noted. Defining the decision as a "judicial coup against the freedom of religion and belief,” he stressed that it is the duty of everyone who respects democracy to react to this decision, which is "unacceptable.”

Altun added that Turkey will continue to support Turkish Cypriots in any way necessary and is ready to end the dangerous game being played in the TRNC.

The island of Cyprus has been mired in a decadeslong struggle between the Greek and Turkish Cypriots, despite a series of diplomatic efforts by the U.N. to achieve a comprehensive settlement.

The island has been divided since 1964 when ethnic attacks forced the Turkish Cypriots to withdraw into enclaves for their safety. In 1974, a Greek Cypriot coup aiming at Greece's annexation led to Turkey's military intervention as a guarantor power. The TRNC was founded in 1983.