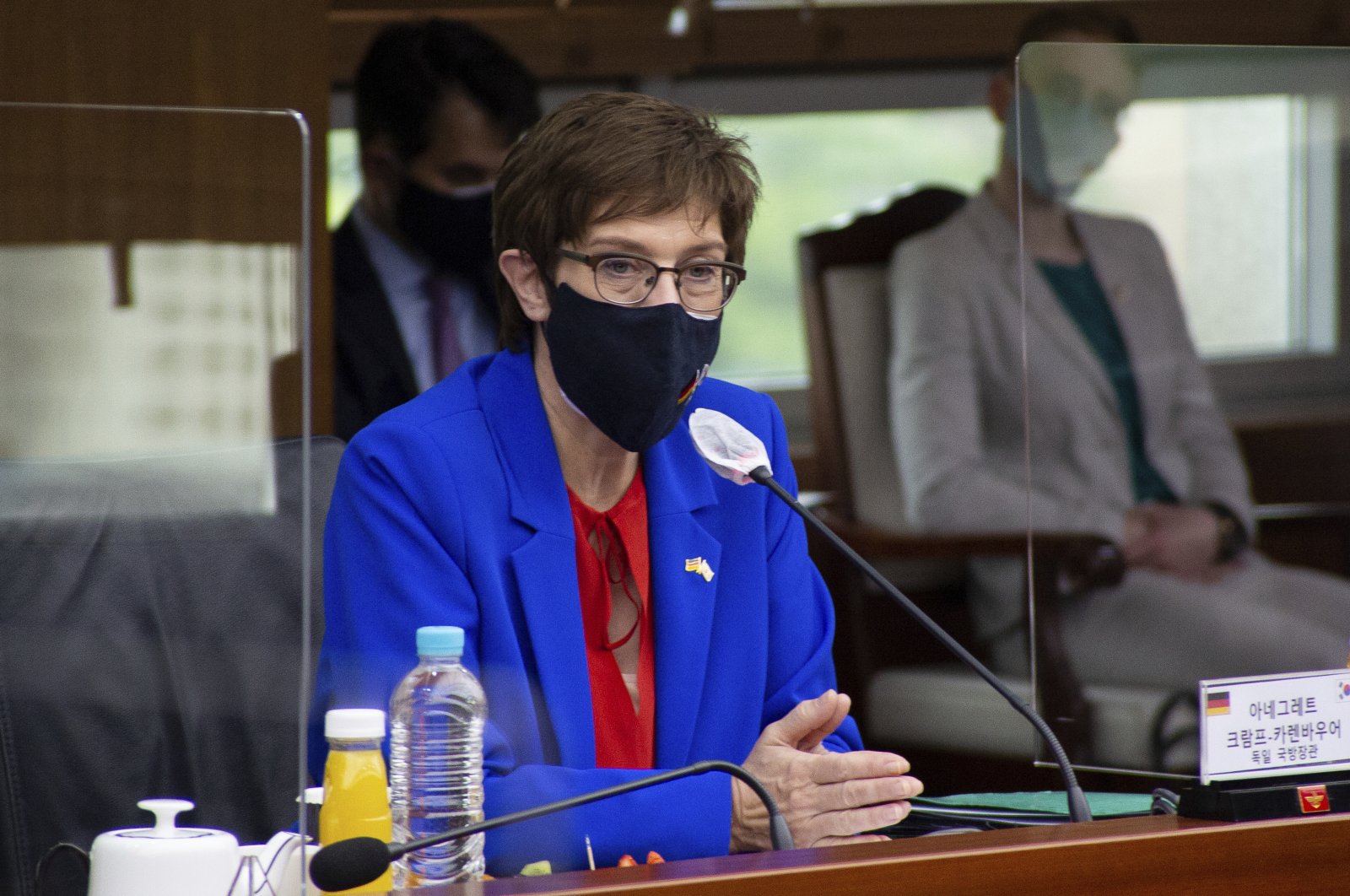 The two ministers are expected to discuss topics including the implementation of decisions from the recent NATO summit and the situation in the Mediterranean and the Black Sea, a spokesperson from Germany's Defense Ministry said.

There have been repeated disagreements with NATO partner Turkey.

One of the issues that caused tension was an incident last year when Germany's military, the Bundeswehr, conducted a search operation on a Turkish cargo ship as part of the European Union's Operation Irini, which seeks to stop shipments of weapons to conflict-ridden Libya, as well as to tackle the smuggling of oil and fuel.

Turkey protested the incident on the Mediterranean Sea, insisting personnel from the German frigate Hamburg illegally searched the Libya-bound freighter Roseline A about 200 kilometers (125 miles) north of the Libyan city of Benghazi on Nov. 22. Germany has rejected Turkey’s complaints, arguing the frigate’s crew acted correctly.

According to the law of the sea, the consent of the flag state must be obtained for the personnel to board the ship in order to conduct a search. Despite warnings, the Hamburg Frigate’s soldiers searched the merchant cargo vessel, which was carrying humanitarian aid, food and paint.

Ankara has often accused Germany and other European countries of inaction on FETÖ members, particularly those who fled to Europe after the coup attempt.

Turkey has repeatedly urged German authorities to take action against the PKK, which has been outlawed in Germany since 1993. It is still active, however, with nearly 14,000 followers among the country's Kurdish immigrant population.

The PKK – listed as a terrorist organization by Turkey, the United States and the European Union – has waged a terror campaign against Turkey for 40 years and has been responsible for the deaths of nearly 40,000 people, including women and children.

Despite its status as a designated international terrorist organization, the PKK has enjoyed relative freedom in European cities and has a particularly strong presence in Germany. PKK supporters have been allowed to hold rallies, recruit terrorists and collect funds in Germany, which is home to some 5 million people of Turkish origin, including Kurds.

In January, German and Turkish foreign ministers confirmed Ankara and Brussels' readiness to reestablish ties as 2020, a rocky year for bilateral relations, is left behind with hopes that dialogue can resolve the Eastern Mediterranean dispute.