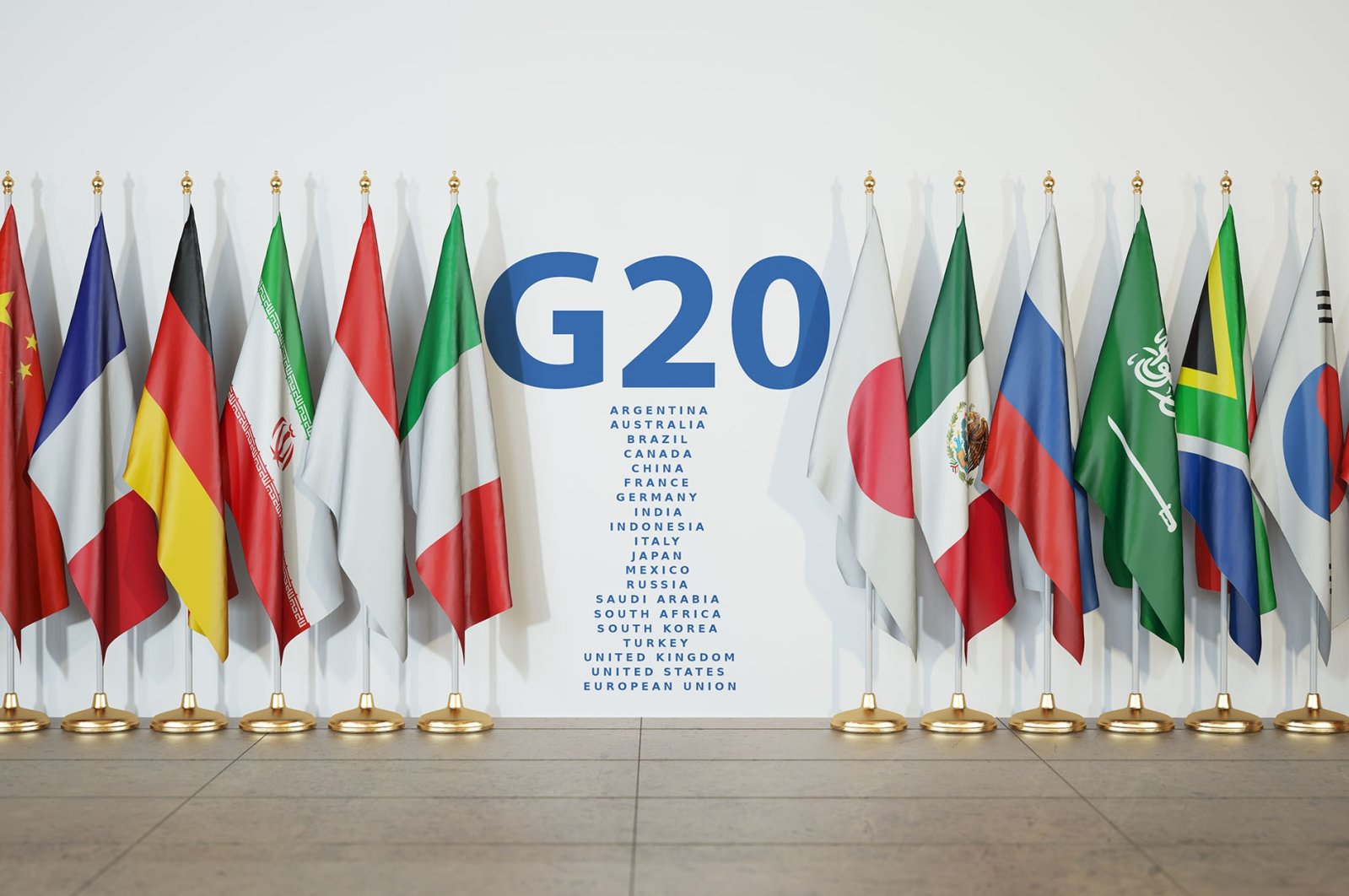 Flags of G-20 countries are seen during a meeting of the group. (Shutterstock Photo)
by Anadolu Agency Jun 28, 2021 12:17 pm
RECOMMENDED

Foreign Minister Mevlüt Çavuşoğlu is scheduled to attend a foreign affairs meeting of G-20 countries in Italy on Tuesday, with a call to address global food security expected.

Çavuşoğlu will attend the G-20 Foreign Ministers' Meeting to be hosted by the Group of 20 Italian Presidency in the southern town of Matera, the Turkish Foreign Ministry said in a statement Monday.

"At the meeting, the importance of multilateralism and global governance as well as the enhancement of international cooperation within the context of the COVID-19 pandemic and similar future challenges, and joint efforts for the sustainable development of Africa, including education, climate change, urbanization and migration, will be discussed," the statement said.

Çavuşoğlu will also participate in the Foreign and Development Joint Ministerial Session, which "is expected to adopt the Matera Declaration and through this launch a G-20 Call to Action to address global food security and achieve the Zero Hunger goal by 2030," it added.

On the sidelines of the meeting, Çavuşoğlu is expected to hold bilateral meetings with the foreign ministers of other G-20 members and attending guest countries.

"The G-20 is the international forum that brings together the world's major economies. Its members account for more than 80% of world GDP, 75% of global trade and 60% of the population of the planet," according to the forum's website.

The G-20 was formed in 1999 as a meeting of finance ministers and central bank governors in the aftermath of the Asian financial crisis. In 2008, the first G-20 Leaders' Summit was held, and the forum played a key role in helping member countries respond to the global financial crisis.