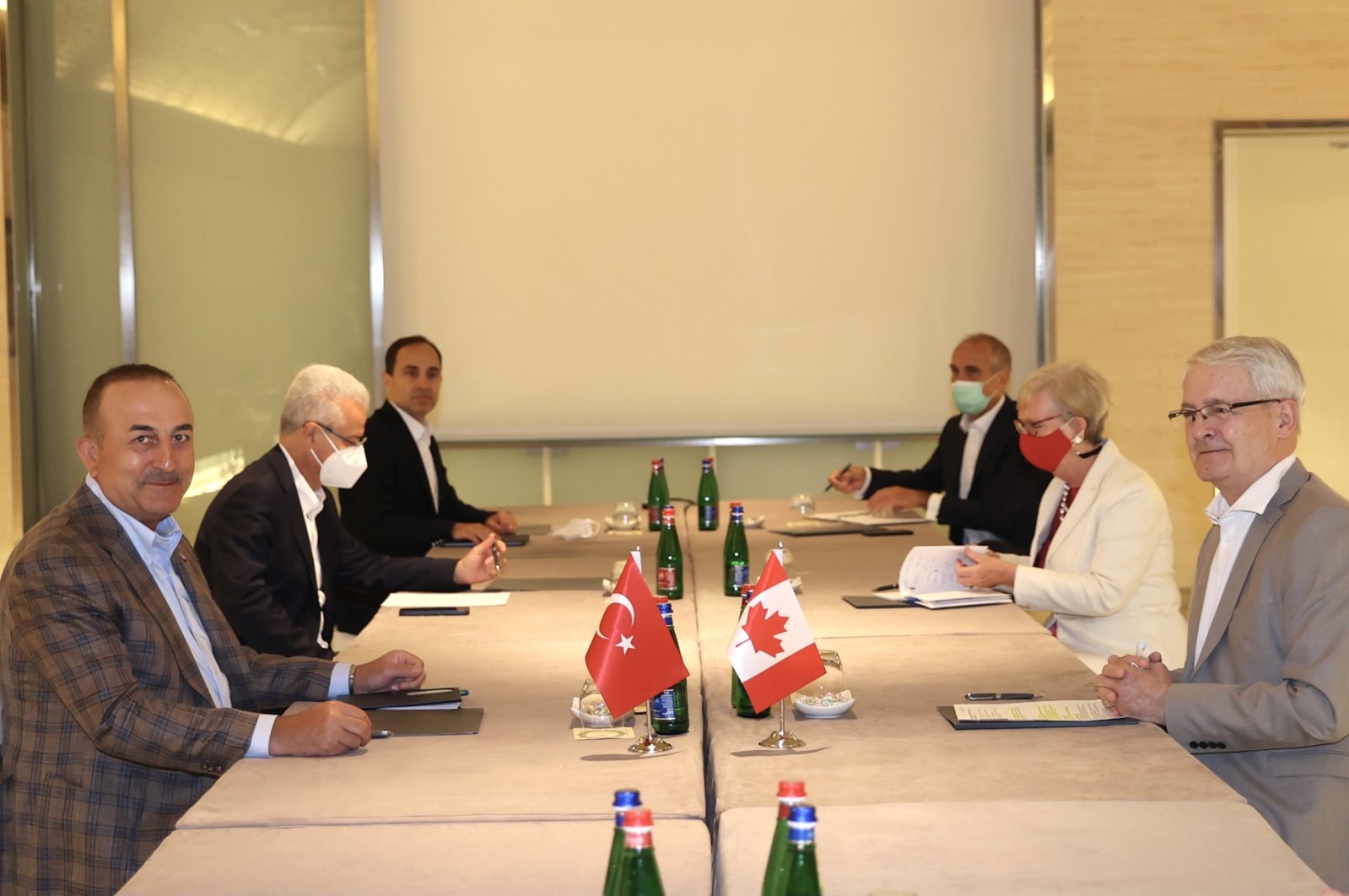 “Met with the Foreign Ministers of Canada and Lithuania, Marc Garneau and Gabrielius Landsbergis in Rome, where we came to attend the Meeting of the Global Coalition to Defeat DAESH and the Ministerial with limited participation on Syria,” Çavuşoğlu said on Twitter.

He will be in Italy for a meeting of the international coalition against the Daesh terrorist group Monday.

He will also attend a ministerial meeting on Syria there, according to a statement by the Turkish Foreign Ministry.

At least 81 coalition countries are to attend Monday’s meeting, the Italian Foreign Ministry said in a statement.

“The Rome Ministerial meeting will be an opportunity to reaffirm the Coalition’s cohesion in ensuring a lasting defeat of Daesh, to reaffirm the common commitment to the stabilization of the liberated areas in Syria and Iraq, and to strengthen cooperation in the thematic working groups,” added the statement.

The meeting is also to address efforts to combat “the threat posed by organizations affiliated to Daesh in other areas, particularly in the Sahel and in various regions of Africa.”

The country has since been attacked by the terror group multiple times, with over 300 people killed and hundreds more injured in at least 10 suicide bombings, seven bomb attacks, and four armed assaults.