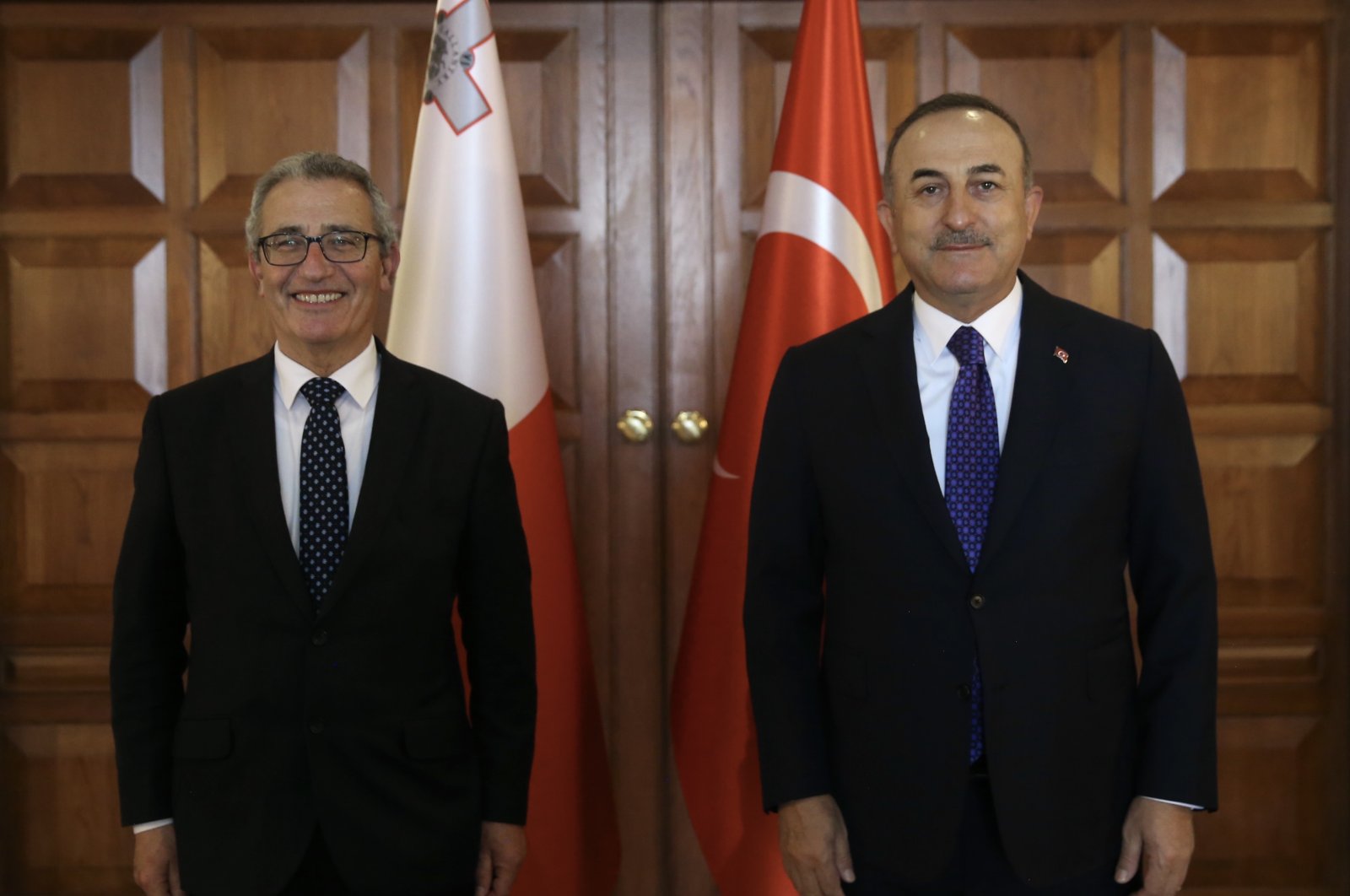 The top diplomats from Turkey and Malta on Tuesday discussed several regional issues, including the recent developments in Libya, the Eastern Mediterranean and on the island of Cyprus.

Turkish Foreign Minister Mevlüt Çavuşoğlu met his Maltese counterpart Evarist Bartolo, who was in Ankara on a state visit.

In the Turkish capital, the foreign ministers addressed recent developments in Libya, the Eastern Mediterranean and on the island of Cyprus, as well as Turkish-EU relations, Çavuşoğlu wrote on social media.

Malta has been a member of the bloc since 2004, and Turkey began its EU accession talks the following year.

The two top diplomats also discussed "Turkish investments in Malta, the convening of a business council and cooperation opportunities, including health."

Çavuşoğlu added he was "looking forward to seeing" Bartolo at the Antalya Diplomacy Forum on June 18-20, in the Turkish resort city on the Mediterranean.