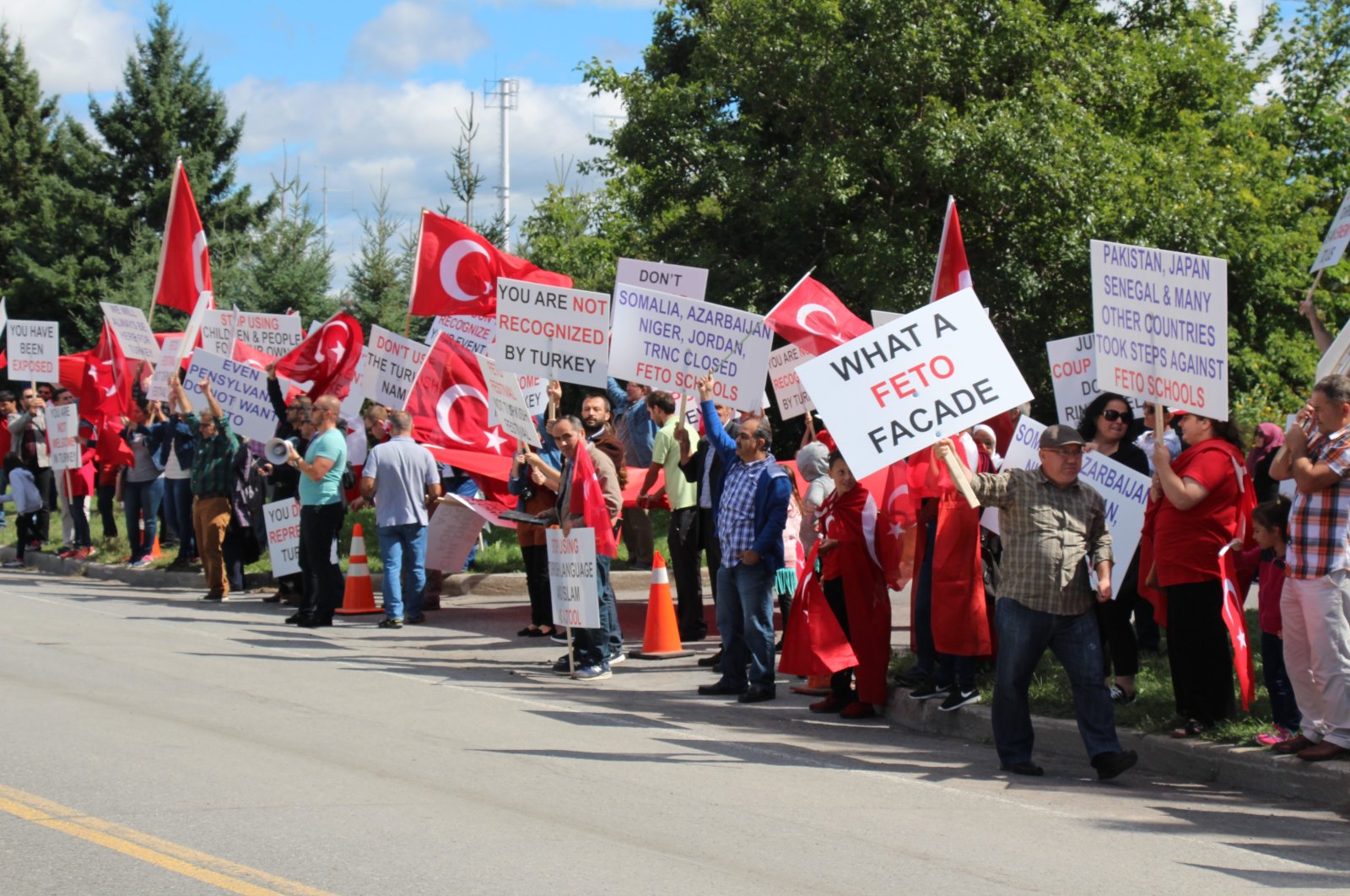 Turkish missions in Canada on Thursday marked the fifth anniversary of the 2016 coup attempt in Turkey, which was perpetrated by the Gülenist Terror Group (FETÖ) led by Fetullah Gülen.

A commemoration ceremony began with a moment of silence for the victims and the recital of the national anthem.

With the July 15 coup attempt, it was once again revealed what a great threat and danger FETÖ poses to Turkey, Yapıcı said.

"Two hundred and fifty-one people were martyred that night. Our institutions and civilians were shelled. But our nation has demonstrated with great determination how committed it is to democracy. That night, our people made it clear to the whole world that the coup period is over,” she noted.

Yapıcı added that Turkey’s fight against the terrorist group continues in the international arena as well.

“As missions abroad, we tell our interlocutors that FETÖ is not a charity and educational institution but a terrorist and criminal network," she added.

The Turkish Consulate Generals in Toronto, Montreal and Vancouver also held narrow-scoped events for Turkey's July 15 Democracy and National Unity Day due to the coronavirus pandemic.

The terrorist group faced increased scrutiny following the coup attempt that killed 251 people and injured nearly 2,200 others. Tens of thousands of people were detained, arrested or dismissed from public sector jobs following the attempt under a state of emergency. Hundreds of investigations launched after the attempt sped up the collapse of the group’s far-reaching network in the country. FETÖ was already under the spotlight following two separate attempts to overthrow the government in 2013 through its infiltrators in the judiciary and law enforcement.