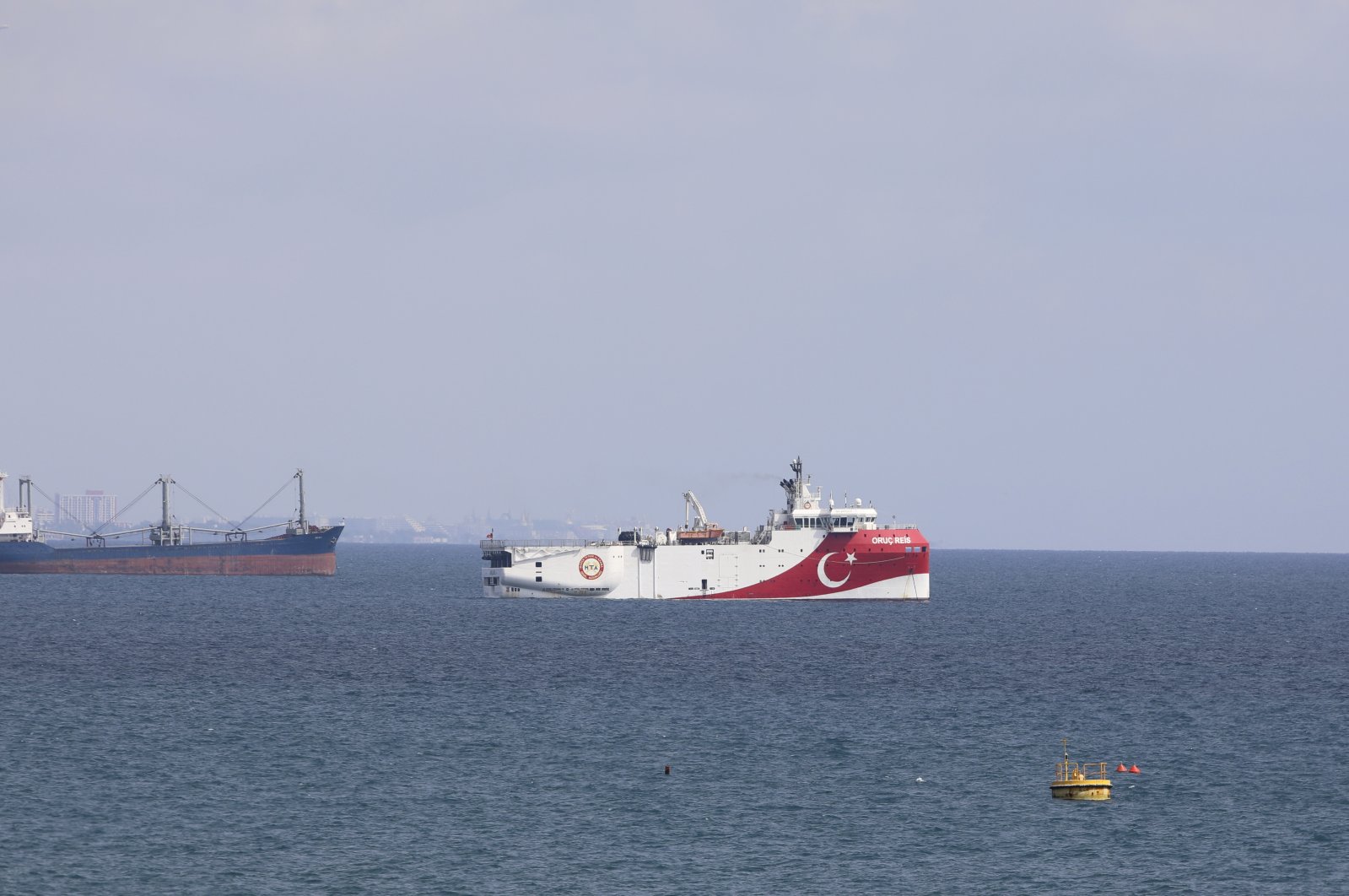 The Greek Nautical Geo vessel under the Maltese flag had issued a navigational telex (Navtex) on Sept. 29, but Turkey issued one rejecting it. The vessel attempted to violate Turkey’s continental shelf on Oct. 3, despite Ankara’s warning that activities in the area need to be conducted in coordination with Turkey.

Ankara also launched diplomatic initiatives with Malta and Italy, the country of the ship's owner, it said.

"Despite these initiatives from Turkey, the Nautical Geo research vessel tried to pass to the Turkish continental shelf without permission. Upon this, it was questioned and warned by a ship belonging to the Turkish navy," the ministry said.

"Following the vessel's crossing over to the continental shelf without permission despite this, the research vessel was removed from the Turkish continental shelf," it said, adding Turkey blocked the Nautical Geo's work east of the island of Crete last week for the same reason.

Turkish leaders have repeatedly stressed that Ankara is in favor of resolving all outstanding problems in the region through international law, good neighborly relations, dialogue and negotiations. Turkey has also criticized the European Union’s stance on the Eastern Mediterranean conflict, calling on the bloc to adopt a fair attitude regarding the dispute and give up favoring Greece under the pretext of EU solidarity.