Turkish officials condemn and reject US claims of anti-Semitism 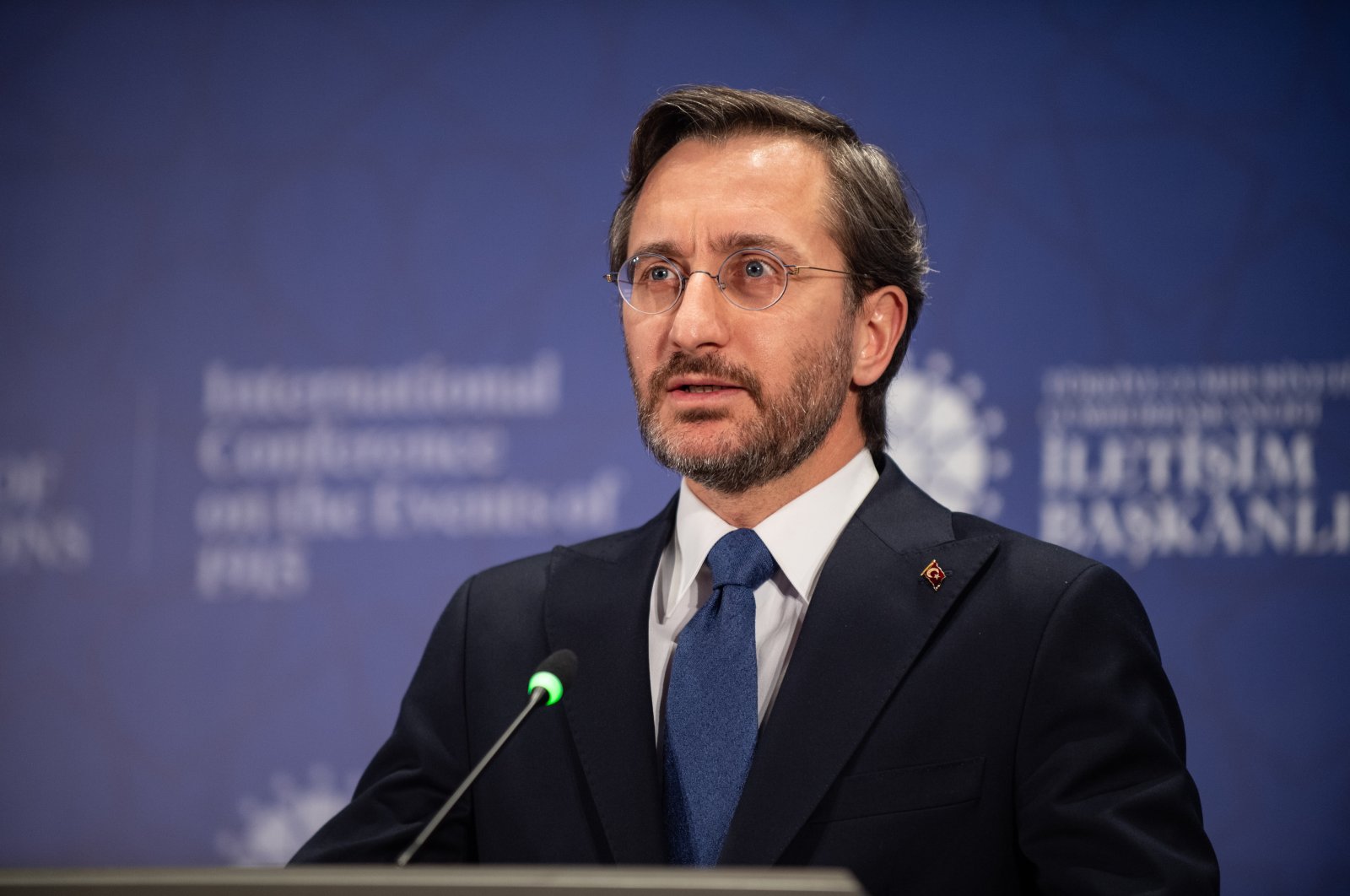 Calling Price’s statements “absolutely unacceptable,” Presidential Communications Director Fahrettin Altun said the U.S. has no moral standing to lecture anyone as the country lacks the courage and decency to condemn the killing of children.

“It is a cowardly statement to divert international attention away from Israel’s crimes against humanity,” Altun said, adding that Erdoğan simply referred to the U.S. complicity in Israel’s expansion of its occupation and apartheid regime.

“The U.S.’ continued military support and prevention of meaningful United Nations Security Council (UNSC) action are just a few examples,” he said, adding that Israel and its allies resort to the use of anti-Semitism to divert attention from their occupation, violent policies and apartheid regime.

“The current U.S. administration’s silence, complicity and even encouragement of Israeli actions under the guise of 'self-defense' is simply indefensible. Trying to tie our leader Erdoğan to anti-Semitism is a clear symptom of a guilty conscience,” Altun said.

The top communications director said Turkey will continue to urge the international community to oppose Israel’s occupation and attacks on Palestinian civilians.

“Those who have no courage to call Israel out are the real inciters of violence,” he added.

“We do not even need to explain that our president’s stance against those who kill Palestinians is not anti-Jewish,” Çelik said on Twitter, adding that instead, the U.S., which labels opposition to massacring Palestinians as “anti-Semitism,” needs to prove that it is not an enemy of Palestine.

Çelik continued by saying that Erdoğan has pioneered various reforms in favor of Turkey’s Jewish community, including the addition of the Holocaust in the school curriculum.

“We urge the U.S. State Department to carefully listen to our president’s views. If the people who make such statements do listen to Erdoğan, they will take a step toward justice and peace,” Çelik said.

President Recep Tayyip Erdoğan recently criticized the Israeli government for its oppressive and violent policies against the Palestinians, which killed over 200 people, including over 60 children in the past few weeks.

U.S. State Department spokesperson Ned Price called Erdoğan anti-Semitic, as he said Washington urges Turkey to refrain from using language that could allegedly further incite violence as the U.S. claims it is focusing on “bringing an end to the conflict.”

The U.S. came under fire for its unconditional support of the Israeli government in its campaign of violence targeting Palestinian civilians and civilian infrastructure.

For the third time in a week, the country blocked the UNSC from holding a public virtual meeting to address the escalating conflict in the Gaza Strip, as well as the adoption of a joint statement calling for a halt to the violence.

While the Israeli administration pledged to carry on with its attacks against Palestinian civilians, U.S. President Joe Biden expressed support for a cease-fire between Tel Aviv and Gaza's Hamas rulers in a call to Netanyahu, but he stopped short of demanding an immediate stop to the eight days of Israeli airstrikes.