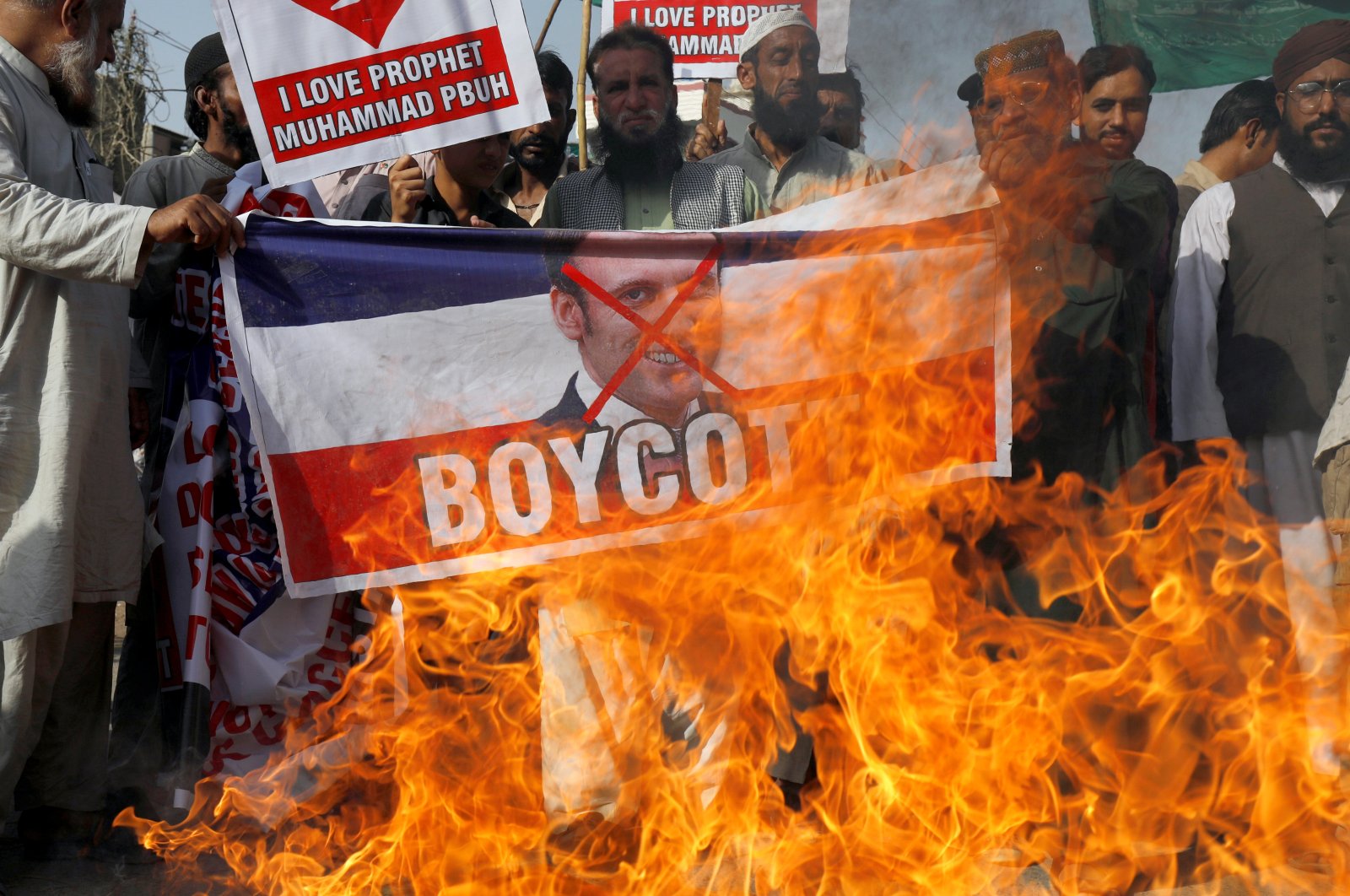 People chant slogans as they set fire to a banner with a crossed-out image of French President Emmanuel Macron during a protest against cartoon publications of the Prophet Mohammad in France and Macron's comments, in Karachi, Pakistan, Oct. 27, 2020. (REUTERS Photo)
by DAILY SABAH Oct 28, 2020 12:37 pm
RECOMMENDED

Top Turkish and Pakistani diplomats in a phone call Tuesday discussed regional security issues and the rising trend of Islamophobia.

Pakistan on Monday summoned the French ambassador in reaction to President Emmanuel Macron's Islamophobic remarks that sparked outrage all around the world.

France recently launched an extensive witch hunt against its Muslim community after Macron called Islam a problematic religion that needs to be contained.

Many nongovernmental organizations (NGOs) and mosques have been shut down in the last two weeks, while assaults against Muslims have peaked.

Qureshi also thanked Ankara for its consistent support to Islamabad in its efforts to get off the gray list of the Financial Action Task Force (FATF) – a global terror financing watchdog.

Turkey has time and again thrown its weight behind Pakistan, which has been on the global money-laundering watchdog's radar since June 2018, when it was placed on its gray list for its alleged funding of terrorism and money laundering.

The top Turkish diplomat also offered his condolences over Tuesday's bomb blast in a religious seminary attached to a mosque in the southwestern city of Peshawar, which killed eight students and injured over 100.

The two foreign ministers agreed to continue consultations and cooperation on matters relating to regional peace and security in the future.

Qureshi also congratulated the government and the people of Turkey on the 97th Republic Day, which will be celebrated on Oct. 29.