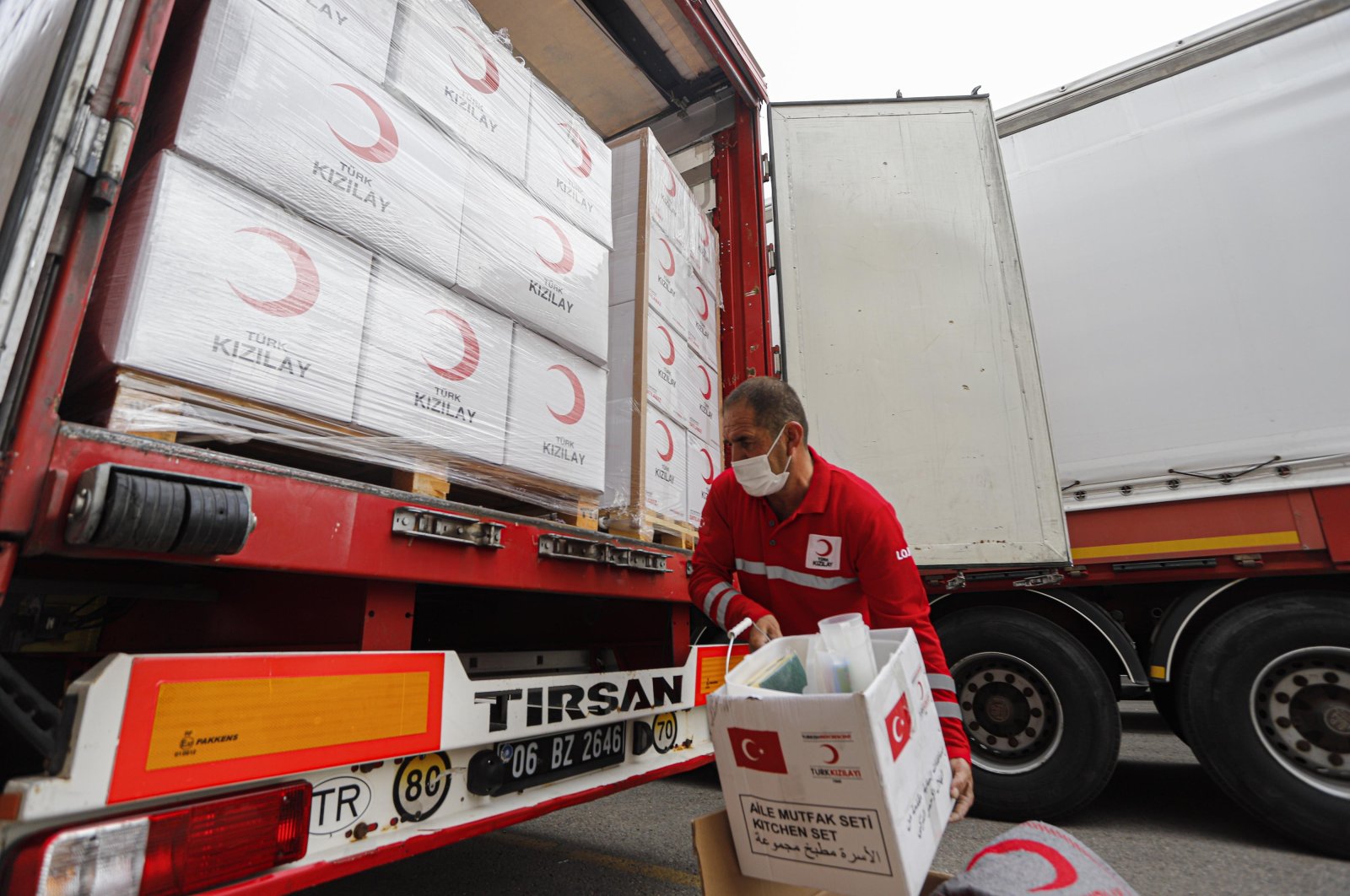 The Turkish Red Crescent (Kızılay) sent four truckloads of humanitarian aid to Azerbaijani people affected by the conflicts with Armenia in the occupied Nagorno-Karabakh region Friday.

The Turkish Red Crescent's aid came in response to the Azerbaijani Red Crescent's call for support to fulfill the basic needs of the locals in the conflict zone.

In response, 250 shelters, 3,000 blankets, 288 kitchen kits and 500 beds were prepared and sent to Azerbaijan following a ceremony in the capital Ankara. The aid is expected to reach the region Sunday.

Attending the ceremony, the head of the Turkish Red Crescent Kerem Kınık said that the organization has always been there for Azerbaijan and will continue to provide support.

"We have heard that people are hiding in their basements and leaving their homes out of fear for their lives. When we had talked with their Red Crescent, they told us that they need aid to be ready for any population mobility during the pandemic era," Kınık said, adding that the aid that is sent is worth TL 1.2 million ($151,346).

Kınık called to end the conflict as soon as possible with the Azerbaijani flag flying in Nagorno-Karabakh once again.

"This is our first convoy of aid but in case of necessity, we will continue to send more aid to the region. Azerbaijan is a strong state with an understanding of solidarity," he indicated.

The Organization for Security and Co-operation in Europe (OSCE) Minsk Group, co-chaired by France, Russia and the U.S., was formed in 1992 to find a peaceful solution to the conflict, but to no avail.

A cease-fire, however, was agreed upon in 1994. Multiple United Nations resolutions, as well as many international organizations, demand the withdrawal of the invading forces.