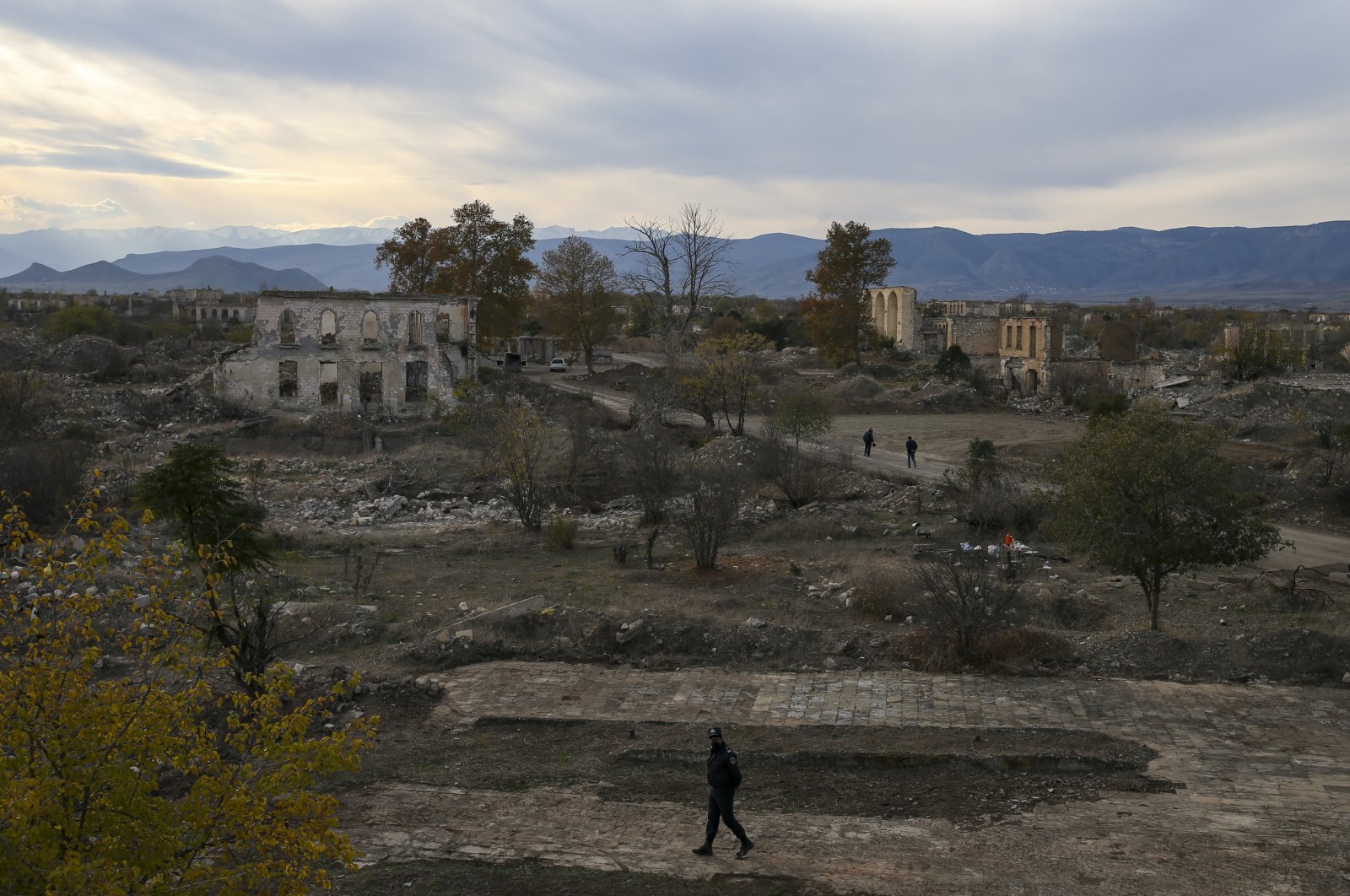 Azerbaijani police officers patrol an area after sunset a week after the city was turned over to the Azerbaijani military, in Aghdam, Azerbaijan, Nov. 25, 2020, (AP Photo)
by DAILY SABAH WITH AGENCIES Jan 29, 2021 7:08 pm
RECOMMENDED

A joint Turkish-Russian center to observe the cease-fire in Nagorno-Karabakh will come into operation as of Saturday, Turkish Defense Minister Hulusi Akar said on Friday.

One Turkish general and 38 personnel will work at the center to support efforts to ensure that the cease-fire lasts, Akar said in a statement.

Turkey and Russia agreed to set up the joint center to monitor the cease-fire reached between Azerbaijan and Armenia in November.

“The works on establishing the joint center have been completed. The joint center, where Turkish and Russian soldiers are to operate, will start its activities tomorrow,” Akar said.

The minister told Anadolu Agency (AA) that he has discussed matters of defense and security with his Azerbaijani counterpart Zakir Hasanov over the phone.

Noting that the latest developments were discussed with Hasanov, Akar said “we believe that the joint center will make great contributions to the continuity of the ceasefire and to ensuring peace and stability in the region.”

He vowed to continue to defend the rights of Azerbaijani people, and said: “We have sided with our Azerbaijani brothers/sisters in line with the concept of one nation and two states, and we will continue to do so.”

A Russian-brokered deal on Nov. 10 halted a six-week conflict between Azerbaijani and Armenian forces over the region of Nagorno-Karabakh and its surrounding areas, securing territorial gains for Azerbaijan.