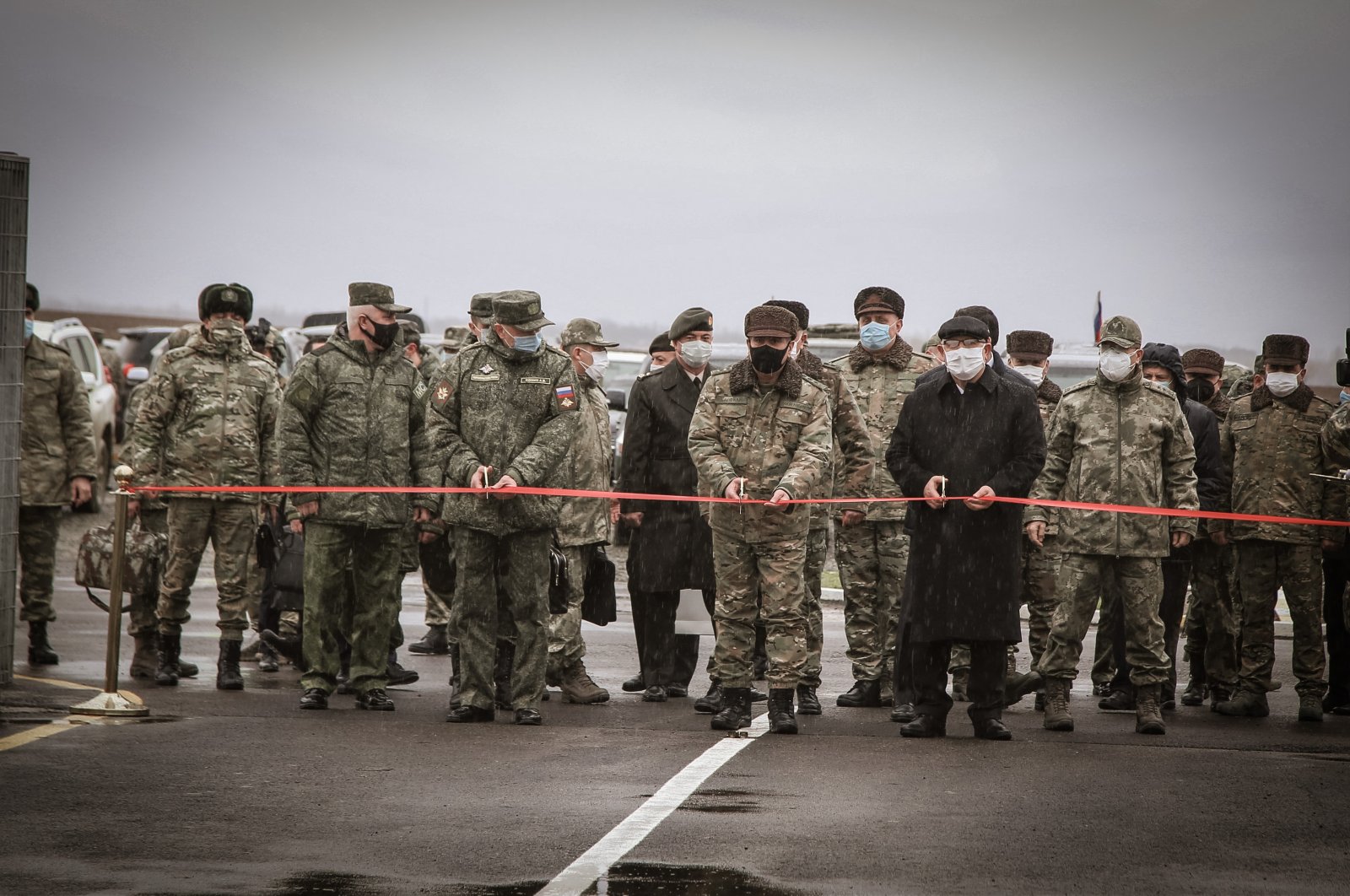 The opening of the Turkish-Russian joint monitoring center in Nagorno-Karabakh on Jan. 30, 2021. (AA Photo)
by Daily Sabah with Reuters Jan 30, 2021 2:54 pm
RECOMMENDED

On Saturday the Azerbaijani Defense Ministry announced that the joint Turkish-Russian observation center, established to monitor the cease-fire following the conflict in Nagorno-Karabakh, has come into operation.

The center, which both countries agreed to set up in November, officially opened in the Agdam region of Azerbaijan. Both Turkey and Russia will send up to 60 personnel each to run the center, the ministry said in a statement.

After six weeks of fighting, Azerbaijan and Armenia signed a Russia-brokered cease-fire for the enclave, which is internationally recognized as part of Azerbaijan.

Turkey said on Friday that one Turkish general and 38 personnel will work at the center.

The Russian Defense Ministry, quoted by Interfax, said that "monitoring will be carried out through the use of unmanned aerial vehicles as well as the evaluation of data received from other sources".

A Russia-brokered deal on Nov. 10 put an end to the six-week conflict between Azerbaijani and Armenian forces over the region of Nagorno-Karabakh and its surrounding areas, securing Azerbaijan's territorial gains.