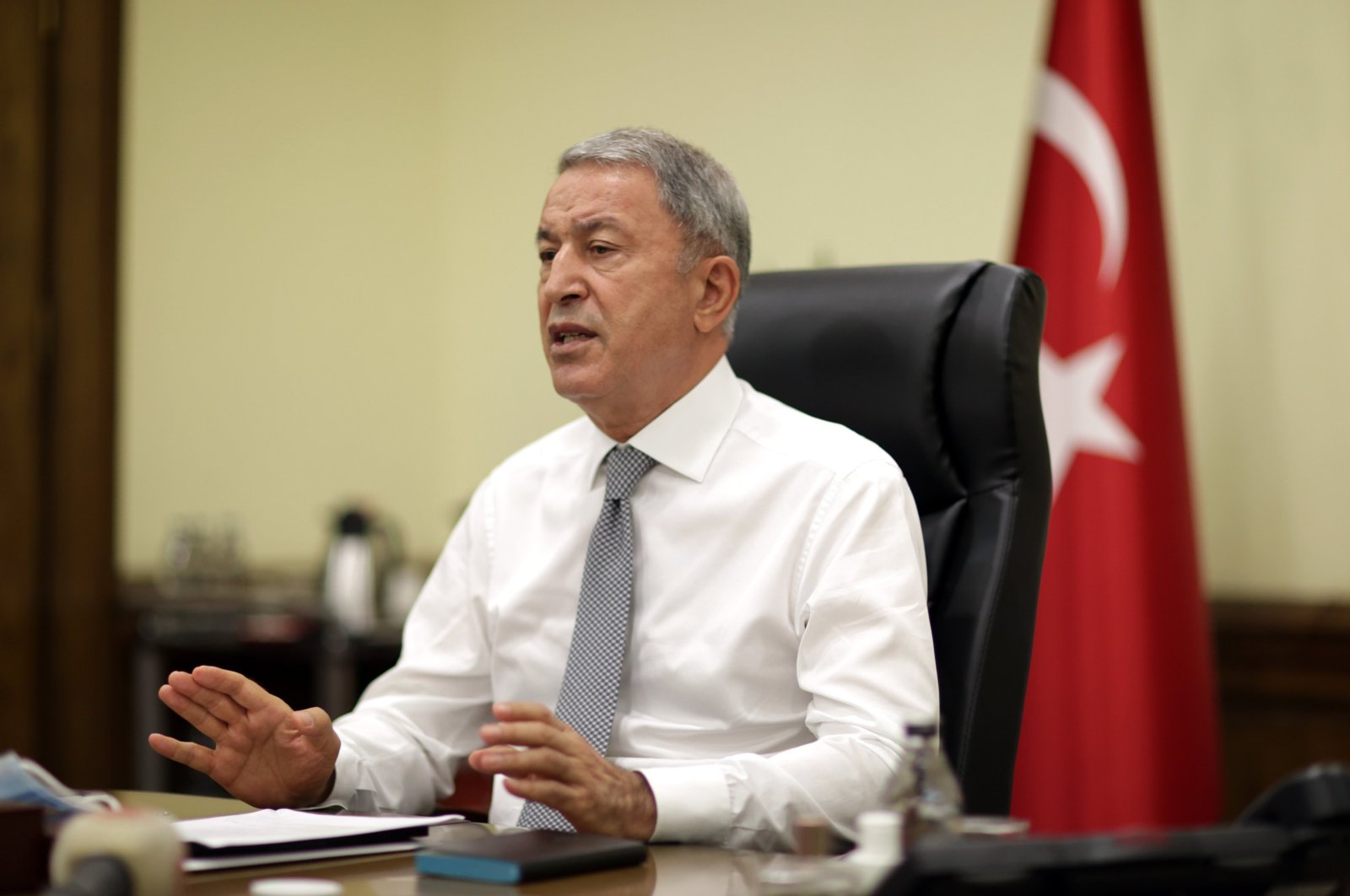 Turkish Defense Minister Hulusi Akar and his U.S. counterpart Lloyd James Austin are scheduled to hold a phone call on Wednesday to discuss a possible Turkish mission to secure and operate Afghanistan's Kabul Hamid Karzai International Airport after the withdrawal of U.S.-led NATO forces from the war-torn country, Akar said Tuesday as he reiterated that no final decision has been taken yet and that negotiations over it continue.

Akar answered journalists' questions about the talks on the operation and security of the airport in Afghanistan. Describing Afghanistan as the "heart of Asia" and a country of critical importance, Akar emphasized the deep-rooted historical and cultural ties between Turkey and Afghanistan.

He stated that Turkey has continued to contribute to NATO's International Security Assistance Force since its first mission in 2002, and to the Resolute Support Mission since 2015, within the framework of United Nations resolutions. He stated that the Turkish Armed Forces (TSK) continues to fulfill its duty as the Kabul Education Assistance Advisory Command.

Emphasizing that ensuring the security and operation of Hamid Karzai International Airport is of great importance for the future of the people of Afghanistan, Akar said: "Negotiations continue on this issue. We are working on how we can do this together with other countries ... Our president stated at the NATO Summit, there are certain conditions and issues. We have stated an intention in this regard. We stated that we could stay if these conditions were met. In this sense, our contacts with various countries continue. On the one hand, we are in contact with various countries on the issues of taking some political decisions before the U.N. and NATO, reaching an agreement with the Afghan government, and on the other hand, political, financial and logistical support. Meanwhile, our meetings with the Americans continue. No definitive decision has been taken so far. But discussions continue. Afghanistan is our brother. We have done everything we can do in terms of their peace, tranquility, peace and security, and we will continue to work in the same direction from now on."

Pointing out that Hamid Karzai International Airport has been operated by Turkey for six years, Akar said: "The airport needs to be open and operated. We are aware of this. If the airport does not work, embassies will be withdrawn. In such a case, Afghanistan will become an isolated state and will experience serious problems in terms of international relations. What will those who have to go abroad for education, health and trade will do if the airport does not operate rationally? We are talking about a state. These will also negatively affect the peace, welfare and development of our Afghan brothers. We want to achieve appropriate results for the interests of our country and Afghanistan. Our aim, To continue our contributions to the security, peace and well-being of our Afghan brothers."

Turkey, whose forces in Afghanistan have always been comprised of noncombatant troops, has offered to guard and run Hamid Karzai airport after NATO's withdrawal. Turkey's potential role in Afghanistan in the aftermath of the planned U.S. pullout could serve as an area of cooperation.

Last week, all U.S. and NATO forces left Bagram Air Base near Kabul – the command center of anti-Taliban operations – effectively wrapping up their exit after 20 years of military involvement that began in the wake of the September 11th attacks.