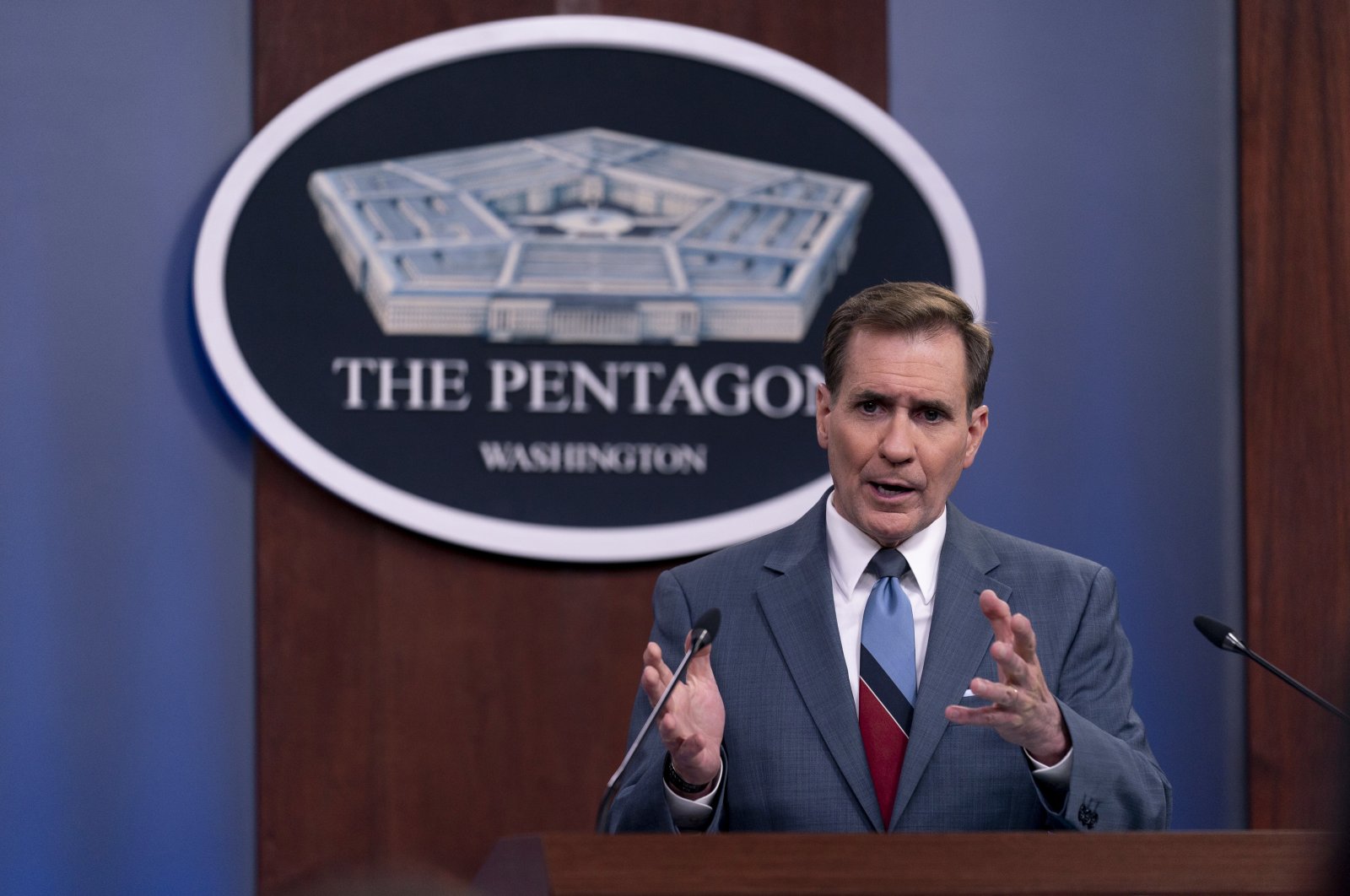 Pentagon Press Secretary John Kirby speaks during a media briefing at the Pentagon in Washington, May 26, 2021. (AP Photo)
by DAILY SABAH Jun 22, 2021 11:41 am
RECOMMENDED

Turkey has accepted a leading role in ensuring the security of Afghanistan's Kabul International Airport, but there is still a lot of work to do, the Pentagon said Monday.

Addressing reporters in a media briefing, Pentagon Press Secretary John Kirby was asked whether the issue of protecting the Kabul Airport had come to the fore during a recent phone call between Defense Minister Hulusi Akar and U.S. Secretary of Defense Lloyd Austin.

"Turkey agreed to take the lead on the protection of the airport in this meeting. However, there are still details to be worked out on this issue. There is much more work to be done," Kirby said.

"The Turks stated that they would need the support of the U.S. and the international community. Our work on this issue continues. The phone call made over the weekend was made within this scope," he said.

On the question of whether the U.S. is ready to provide financial or logistical support to Turkey in this regard, Kirby answered: "As I said, we are working on this issue. We do not yet know what the full support will be."

Turkey's forces in Afghanistan have always consisted of noncombatant troops and Ankara offered to guard the Hamid Karzai International Airport, but questions remain on how security will be assured along major transport routes and at the airport, which is the main gateway to the capital Kabul.

Biden has ordered the withdrawal of all U.S. forces from Afghanistan by Sept. 11, the 20th anniversary of America's longest war, believing that no more can be achieved. Even U.S. officials have acknowledged concerns about whether the Kabul government can withstand a potential offensive by the Taliban – and the airport is considered crucial to stability. Turkey, as a Muslim-majority nation but also a member of NATO, has played a key role in Afghanistan.

The U.S. military could slow down its withdrawal from Afghanistan due to the gains made by the Taliban insurgents, Kirby also said.

Kirby stressed that Biden's deadline of a full withdrawal by September remains in place, but added that the pace could be adjusted based on conditions.

"The situation in Afghanistan changes as the Taliban continue to conduct these attacks and to raid district centers as well as the violence, which is still too high," he told reporters.

"If there needs to be changes made to the pace, or to the scope and scale of the retrograde, on any given day or in any given week, we want to maintain the flexibility to do that," he said.

"We're constantly taking a look at this, every single day. What's the situation on the ground, what capabilities do we have, what additional resources do we need to move out of Afghanistan and at what pace?"

"All of these decisions are literally being made in real-time," he added.

Pentagon officials said last week that the withdrawal, ordered by Biden in April after nearly two decades fighting Al-Qaeda and helping government forces battle the Taliban, is around half completed.

At the time of Biden's order around 2,500 U.S. troops and 16,000 contractors, mostly U.S. citizens, were in the country. The Pentagon has already turned over several of its key bases to government security forces and has removed hundreds of cargo plane-loads of equipment.

"So long as we have the capability in Afghanistan, we will continue to provide assistance to Afghan forces," he said.

"But as the retrograde gets closer to completion, those capabilities will wane and will no longer be available."