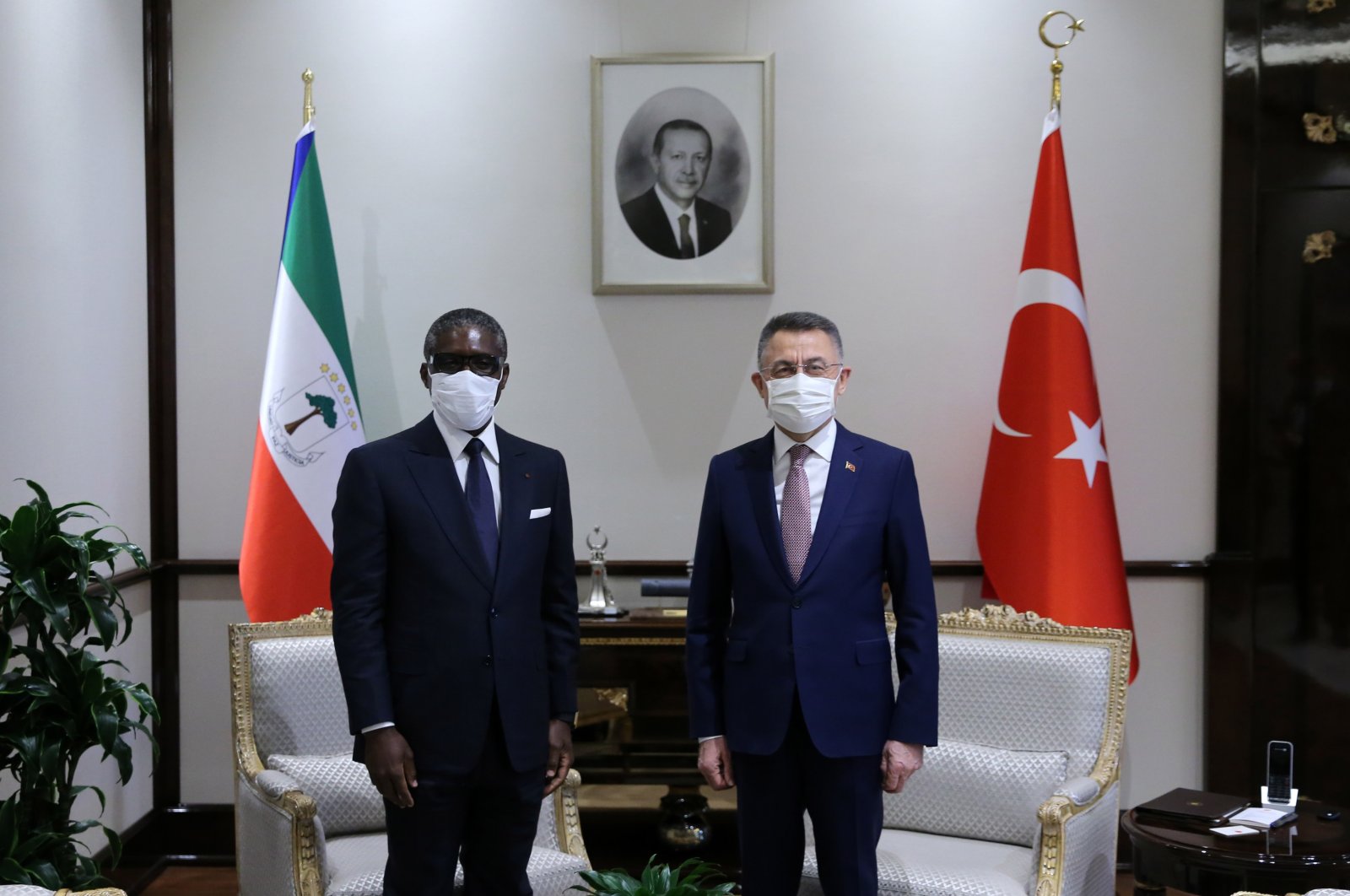 Top officials from Turkey and Equatorial Guinea discussed the development of economic and trade relations, Thursday in the Turkish capital Ankara.

Vice President Fuat Oktay and his counterpart from the Central African country, Teodoro Nguema Obiang Mangue, met at the Presidential Palace and discussed the signing of agreements on free trade, encouragement of mutual investment and the prevention of double taxation.

During the meeting, which was open to journalists, the Turkish side offered the country's defense industry to help Equatorial Guinea meet its security needs with its various products.

It also underlined that trade and economic cooperation could increase via support to Turkish companies in Equatorial Guinea.

During the meeting, Oktay conveyed his condolences to Mangue for the casualties caused by recent explosions in Bata, a commercial hub in Equatorial Guinea, last month.

A series of explosions on March 7 rocked an armory of the Nkuantoma gendarmerie and military barracks in Bata, causing widespread damage to residential buildings, claiming 105 lives and injuring over 600.

Oktay went on to say that relations between the two states have developed in every field in the last three years, adding that the common political will of their leaders was decisive in this process.