Turks in US protest Biden's decision on 1915 events 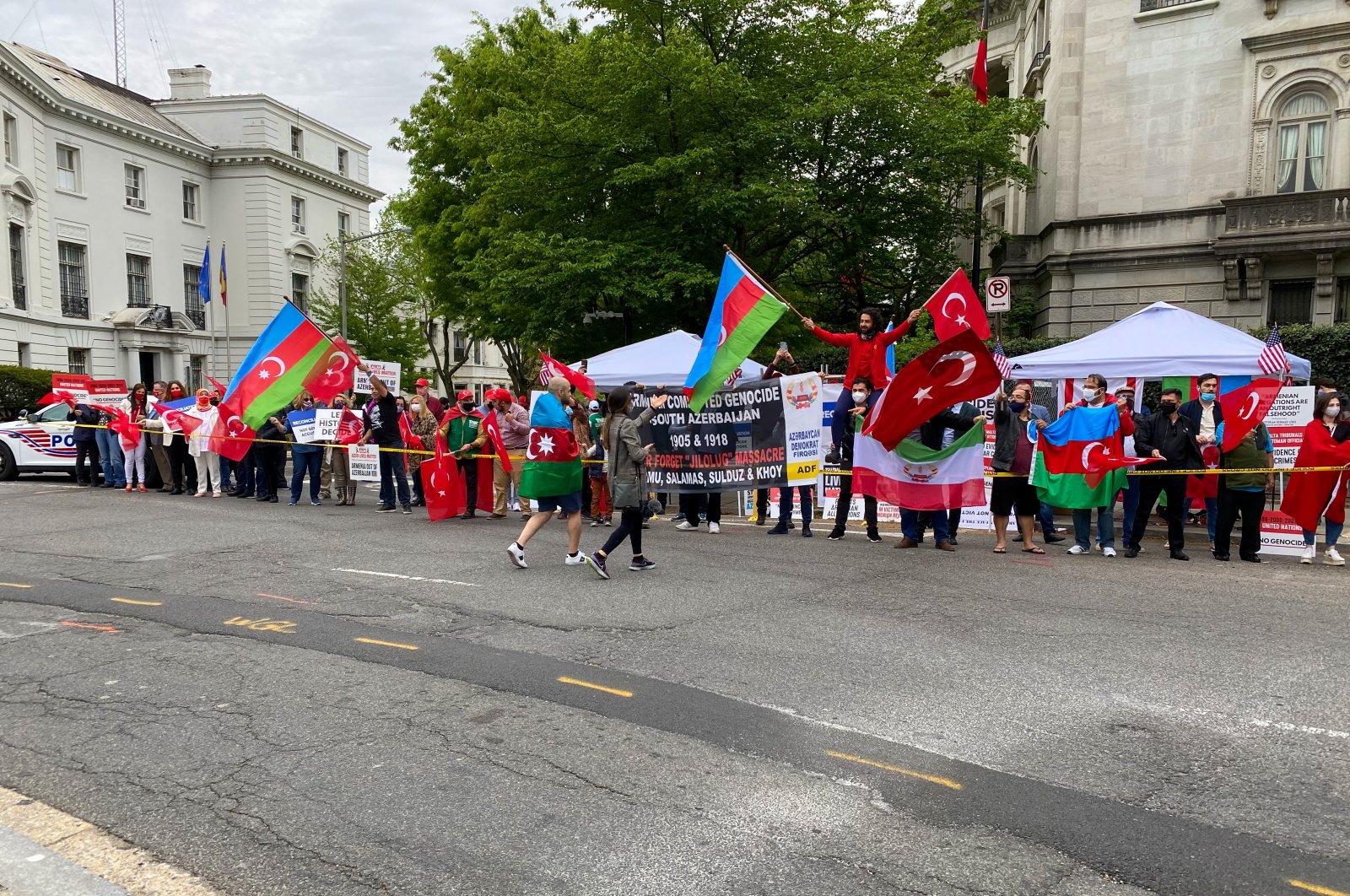 The United States' Turkish community came together in Washington Saturday to protest President Joe Biden's recognition of the 1915 events as "genocide."

The crowd at the Turkish Ambassador's residence on Sheridan Circle held Turkish and Azerbaijan flags and banners that read: "Let History Decide," and "Reconciliation, Not Genocide Accusations."

The demonstration came hours after Biden called the events of 1915 "genocide," breaking U.S. presidents' long-held tradition of refraining from using the term.

The move was strongly rejected by Turkey as "null and void."

Small business owner and a long-time member of the Turkish American community Gizem Salcigil White rejected Biden's characterization and said the U.S. president recognized the so-called genocide without having any joint historical and legal examination process.

"His politically driven and baseless statement cannot and will not change the historical events that occurred more than 100 years ago," she said.

"As a community, we will stand strong against the Biden administration's political interests, and we will continue to contribute world peace, emphasize the importance of tolerance, and work toward the reconciliation two of nations," said White.

A group of Armenian Americans was also present at the focal point of the protest. The group later marched to the Turkish Embassy, a few blocks from the residence.

In 2014, then-Prime Minister Recep Tayyip Erdogan expressed condolences to the descendants of Armenians who lost their lives in the events of 1915.