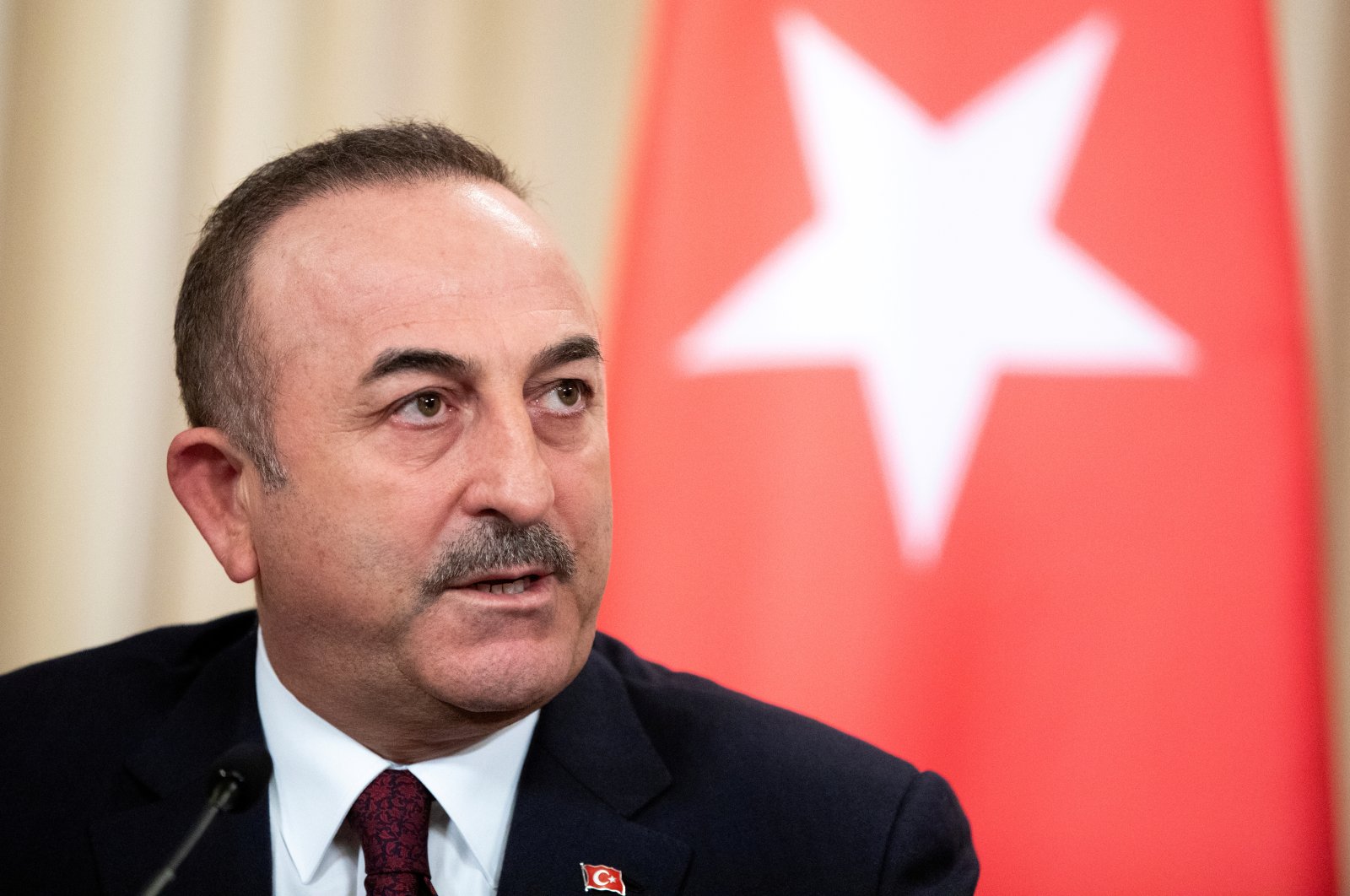 Turkey on Tuesday accused the United Arab Emirates of bringing chaos to the Middle East through its interventions in Libya and Yemen, allegations which are likely to inflame tensions between the regional rivals.

Foreign Minister Mevlüt Çavuşoğlu was responding to criticism of Turkey's role in the Libyan conflict, where it has deployed military personnel to support the internationally recognized legitimate government in Tripoli.

The United Arab Emirates and Egypt, which back the forces of putschist Gen. Khalifa Haftar trying to storm the Libyan capital, issued a joint statement with Greece, the Greek Cypriot administration and France on Monday condemning "Turkey's military interference in Libya".

Çavuşoğlu told in a televised interview that the United Arab Emirates, along with Egypt and other countries he did not name, were "trying to destabilize the whole region", but he singled out Abu Dhabi for particular criticism.

"If you are asking who is destabilizing this region, who is bringing chaos, then we would say Abu Dhabi without any hesitation," he said.

"It is a reality that they are the force that has unsettled Libya and destroyed Yemen."

Ties between Turkey and the United Arab Emirates have been strained by Ankara's support for Qatar after four Arab countries including the UAE imposed sanctions on Doha in 2017.

In Libya, where the U.N. says it has supplied aircraft and military vehicles to Haftar, the UAE called on all parties last month to commit to a U.N.-supervised political process to end the war.

The United Arab Emirates was also a leading power in an alliance which intervened in Yemen five years ago against the Iran-aligned Houthi movement. It reduced its presence in Yemen last year but remains a member of that alliance.

Çavuşoğlu also accused the UAE of supporting extremist Al Shabab militants in Somalia, where Turkey has a military base and is training Somali troops.

He made his comments after the foreign ministry in Ankara condemned Monday's statement from five countries, including France, which he accused of "attempting to be the patron of this axis of malice."

Attack on Turkish missions by Haftar in Libya can expect response

In another statement, Turkey's ruling party spokesman warned putschist Haftar that any attack on Turkish missions in Libya by his forces can expect a military response.

"We are clearly saying that, if our mission in Libya is attacked in any way, we will view Haftar's forces as legitimate targets," Ömer Çelik, spokesman for the Justice and Development Party (AK Party), told reporters amid a party board meeting by video link.

On Sunday, Turkey's Foreign Ministry said that Haftar's attacks targeting diplomatic missions, including the Turkish Embassy in the capital Tripoli, the Mitiga Airport, civilian airplanes preparing to take off, and other civilian infrastructure, constituted a war crime.

Haftar, the leader of an illegal armed force that has taken swathes of eastern Libya, has since the beginning of May intensified attacks on civilians, though the Libyan army has recently gained the advantage and inflicted severe losses on his militant groups.

Libya's government has been under attack by Haftar's forces since April 2019, with more than 1,000 killed in the violence. The government launched Operation Peace Storm on March 26 to counter attacks on the capital.

Following the ouster of late ruler Muammar Gaddafi in 2011, Libya's government was founded in 2015 under an UN-led political agreement.