UK, EU welcome new round of talks between Turkey, Greece 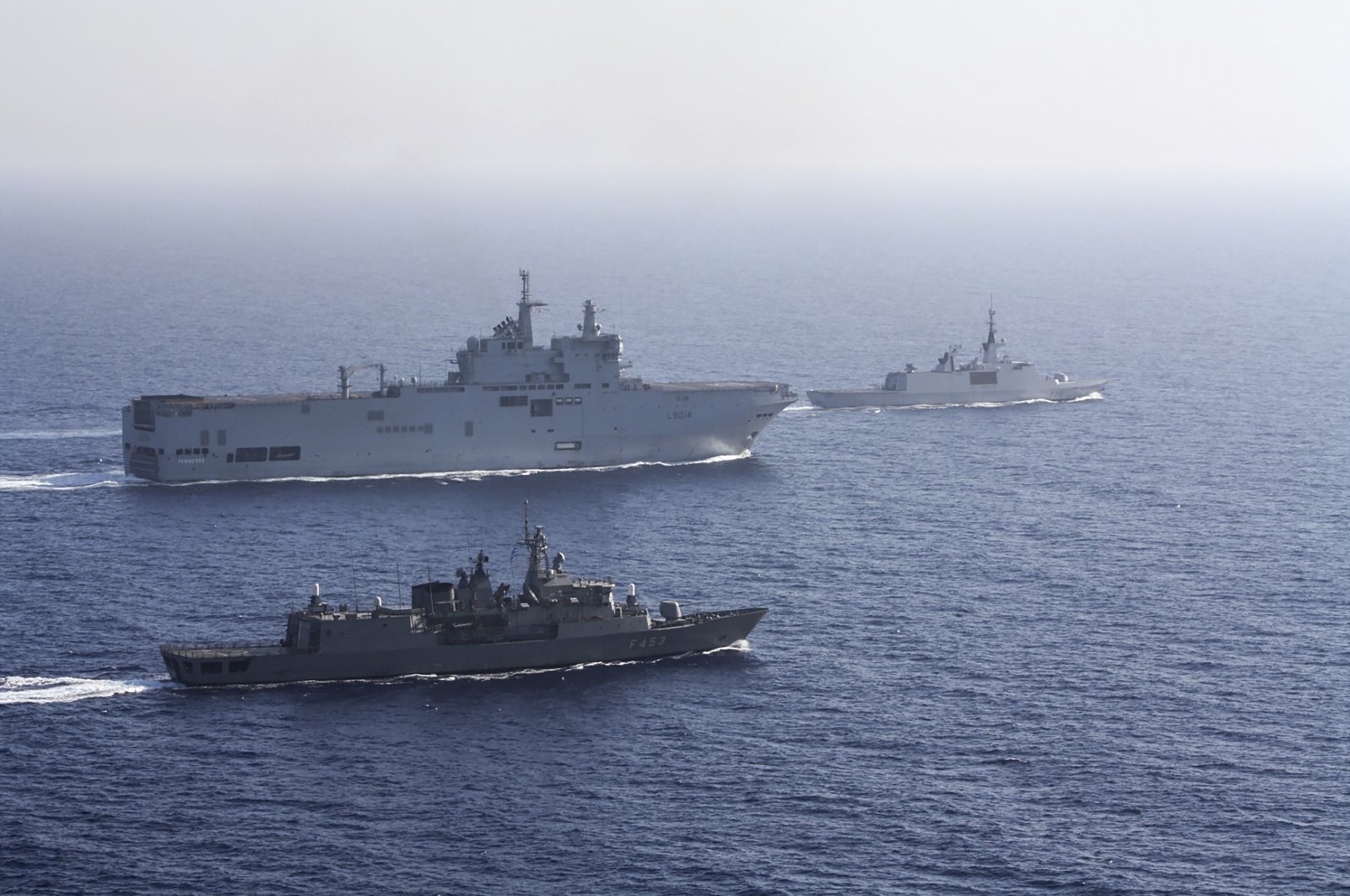 A French Tonnerre helicopter carrier (rear L) is escorted by Greek and French military vessels during a maritime exercise in the Eastern Mediterranean, Aug. 13, 2020. (AP Photo)
by DAILY SABAH WITH AA Jan 13, 2021 9:08 am
RECOMMENDED

The U.K. and the European Union on Tuesday welcomed Turkey and Greece's decision to relaunch exploratory talks in Istanbul on Jan. 25.

"We welcome the positive decision by both countries to restart talks later this month to seek a resolution to tensions in the Aegean - this will help ensure stability & prosperity in the Eastern Mediterranean," Wendy Morton, the British parliamentary under-secretary for European neighborhood and the Americas, wrote on Twitter.

Turkey and Greece remain close friends of the U.K. and strong NATO allies, she said.

On Jan. 11, Foreign Minister Mevlüt Çavuşoğlu announced that Turkey would invite Greece to attend talks hosted on Turkish soil. On the same day, the Turkish Foreign Ministry announced in a statement that the 61st round of the exploratory talks would take place in Istanbul on Jan. 25.

The issues of energy rights and maritime boundaries are expected to dominate the Turkish-Greek talks.

In another message, the EU said Tuesday that Turkey and Greece should focus on solving their bilateral issues at the negotiating table in this round of talks.

"We were discussing already how important it is for Turkey to behave constructively towards the EU member states because the EU has on numerous occasions stressed its solidarity with Greece, with Cyprus (the Greek Cypriot administration), and stressed also the need to solve all the bilateral issues," Stano said.

Highlighting that the bloc stands with Athens on this issue, he stressed "the need to solve all the issues which are between Greece and Turkey, behind the negotiating table."

Turkish officials have criticized Greek efforts to turn bilateral issues into Turkish-EU issues and have repeatedly stressed that Ankara is in favor of resolving all outstanding problems in the region through international law, good neighborly relations, dialogue and negotiation.

Turkey, which has the longest continental coastline in the Eastern Mediterranean, has rejected the maritime boundary claims of Greece and the Greek Cypriot administration in the region, stressing that these excessive claims violate the sovereign rights of both Turkey and the Turkish Republic of Northern Cyprus (TRNC).

Ankara last year sent several drillships to explore for energy on its continental shelf, asserting its rights in the region as well as those of the TRNC.

Although Turkey and Greece had agreed on the general principles of NATO-led deconfliction talks in October, hailed by NATO Secretary-General Jens Stoltenberg as a “safety mechanism that can help to create the space for diplomatic efforts to address the underlying dispute,” further talks were obstructed by the Greek side.