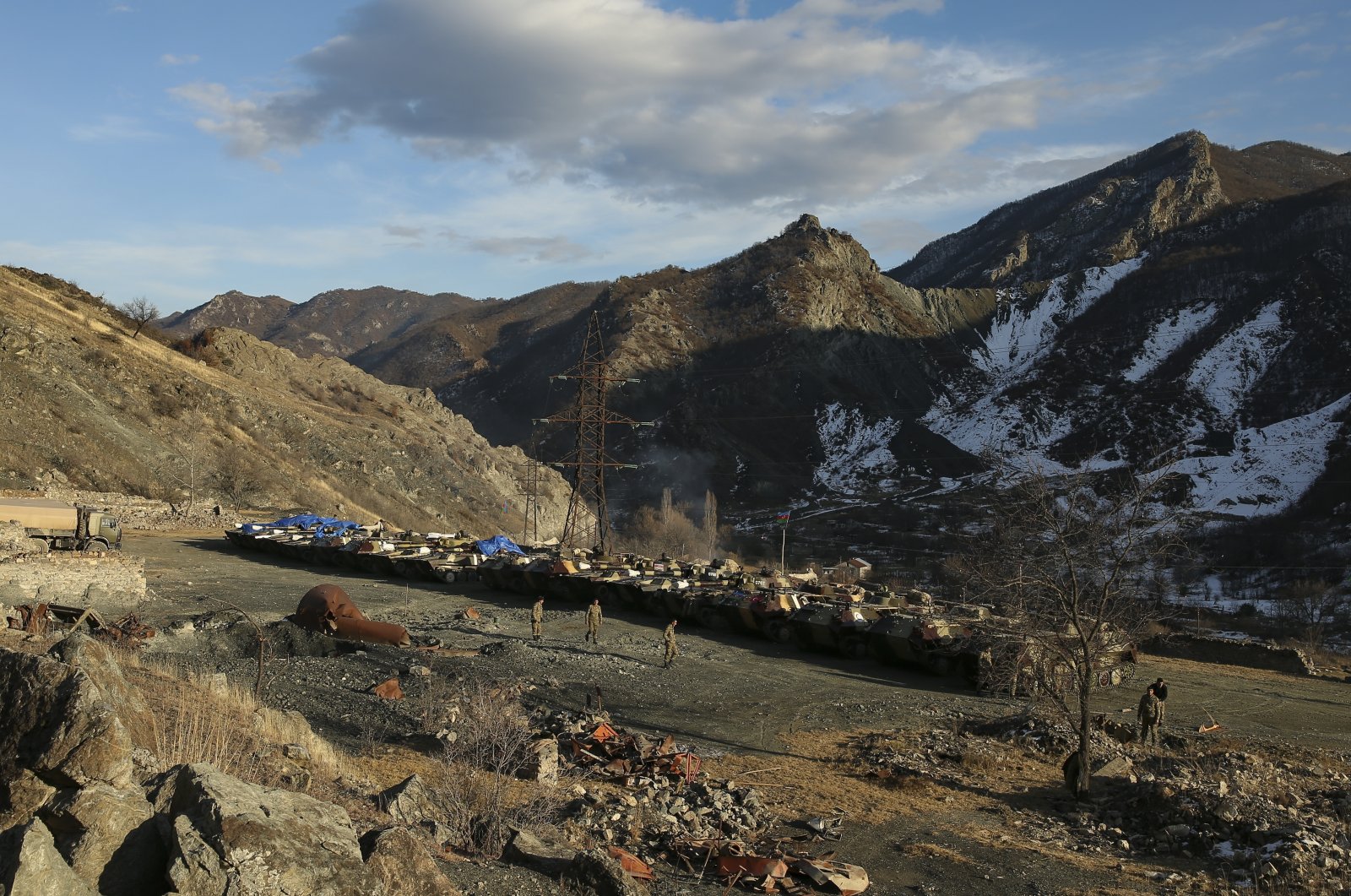 Azerbaijani tanks are parked after the transfer of the Kalbajar region to Azerbaijan's control, as part of a peace deal that required Armenian forces to cede the Azerbaijani territories they held outside Nagorno-Karabakh, in Kalbajar, Azerbaijan, Wednesday, Dec. 2, 2020. (AP Photo)
by Daily Sabah with AP Dec 08, 2021 8:40 am
RECOMMENDED

The United Nations' top court ordered Azerbaijan and Armenia on Tuesday to refrain from aggravating the conflict and prevent discrimination against each other's citizens following last year's Nagorno-Karabakh crisis.

The judges first ordered Azerbaijan to protect all the prisoners it captured during the war, to prevent incitement of racial hatred against Armenians and to punish vandalism of Armenian cultural heritage. The court then ordered Armenia to “prevent the incitement and promotion of racial hatred" targeting Azerbaijanis.

The court also ordered both sides to “refrain from any action which might aggravate or extend the dispute before the court or make it more difficult to resolve.”

Both cases stem from simmering tensions over Armenian-occupied Nagorno-Karabakh that boiled over into a 2020 armed conflict that more than 6,600 people dead.

Before the Second Karabakh War, about 20% of Azerbaijan's territory – including Nagorno-Karabakh and neighboring regions – had been under Armenian occupation for nearly three decades.

New clashes erupted on Sept. 27, and the Armenian military continued its attacks on civilian and Azerbaijani forces for 44 days, even violating three humanitarian cease-fire agreements.

During the 44-day conflict, Azerbaijan liberated several cities and 300 settlements and villages that were illegally occupied by Armenia for almost 30 years.

Two months later, the leaders of Russia, Azerbaijan and Armenia signed a pact to develop economic ties and infrastructure to benefit the entire region. It also included the establishment of a trilateral working group on Nagorno-Karabakh.