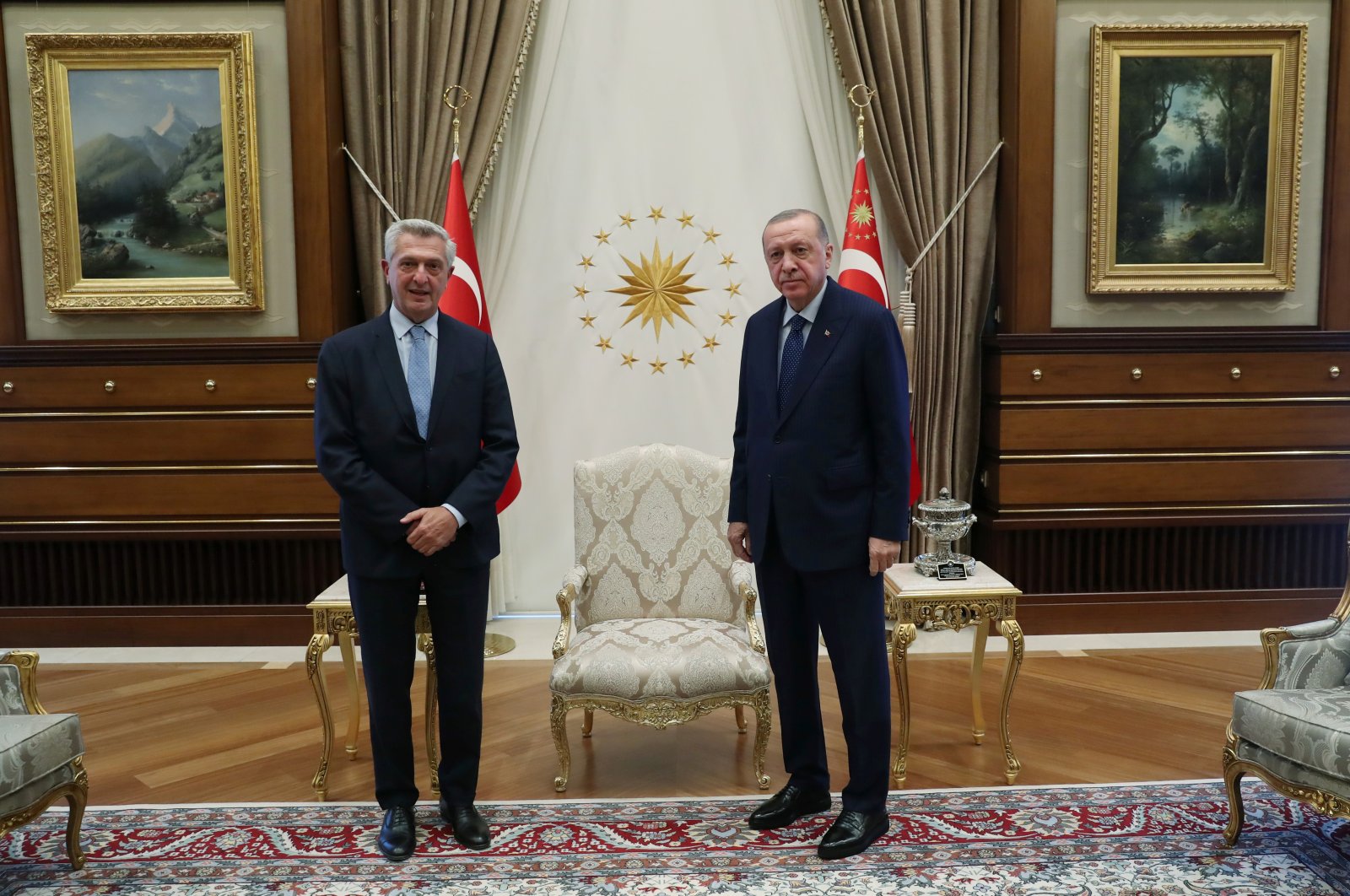 The United Nations High Commissioner for Refugees (UNHCR) thanked Turkey for the country's strong support in hosting migrants and refugees.

UNHCR chief Filippo Grandi arrived in Turkey for a working visit on Sept. 7 and was received by Turkish President Recep Tayyip Erdoğan on Wednesday.

Grandi said on Twitter that he held discussions with Erdoğan on solutions “for Syrian refugees in Turkey and in the region, and on the need to provide urgent humanitarian assistance to Afghanistan.”

“The UNHCR is grateful for its strong partnership with Turkey in both endeavors,” he added.

Today I was received by President @RTErdogan for a discussion on solutions for Syrian refugees in Turkey and in the region, and on the need to provide urgent humanitarian assistance to Afghanistan.UNHCR is grateful for its strong partnership with Turkey in both endeavours. pic.twitter.com/KBDDnYYbF9

Thanking Çavuşoğlu “for a good discussion on issues of forced displacement in Turkey and the region,” Grandi said on social media that “with Syria’s refugee crisis in its 11th year and Afghanistan’s humanitarian situation deteriorating, we must strengthen responses and accelerate the search for solutions.”

For his part, Çavuşoğlu after the meeting on Twitter said: “Migration is a common issue in all countries. Fair burden and responsibility sharing is a must.”

Syria has been ravaged by a civil war since early 2011 when the regime cracked down on pro-democracy protesters. Hundreds of thousands of people have been killed and more than 10 million remain displaced, according to United Nations estimates.

Ankara so far has spent around $40 billion (TL 274 billion) on the Syrians in Turkey, while the European Union has only provided Turkey around 3 billion euros ($3.34 billion) from a promised 6 billion euros for the refugees – a gap Turkey has long demanded be rectified.

Turkey is not only helping Syrian refugees within its borders but also those in the safe zones it established in Syria’s north after clearing the regions of terrorism through Operation Euphrates Shield in 2016, Operation Olive Branch in 2018 and Operation Peace Spring in 2019.