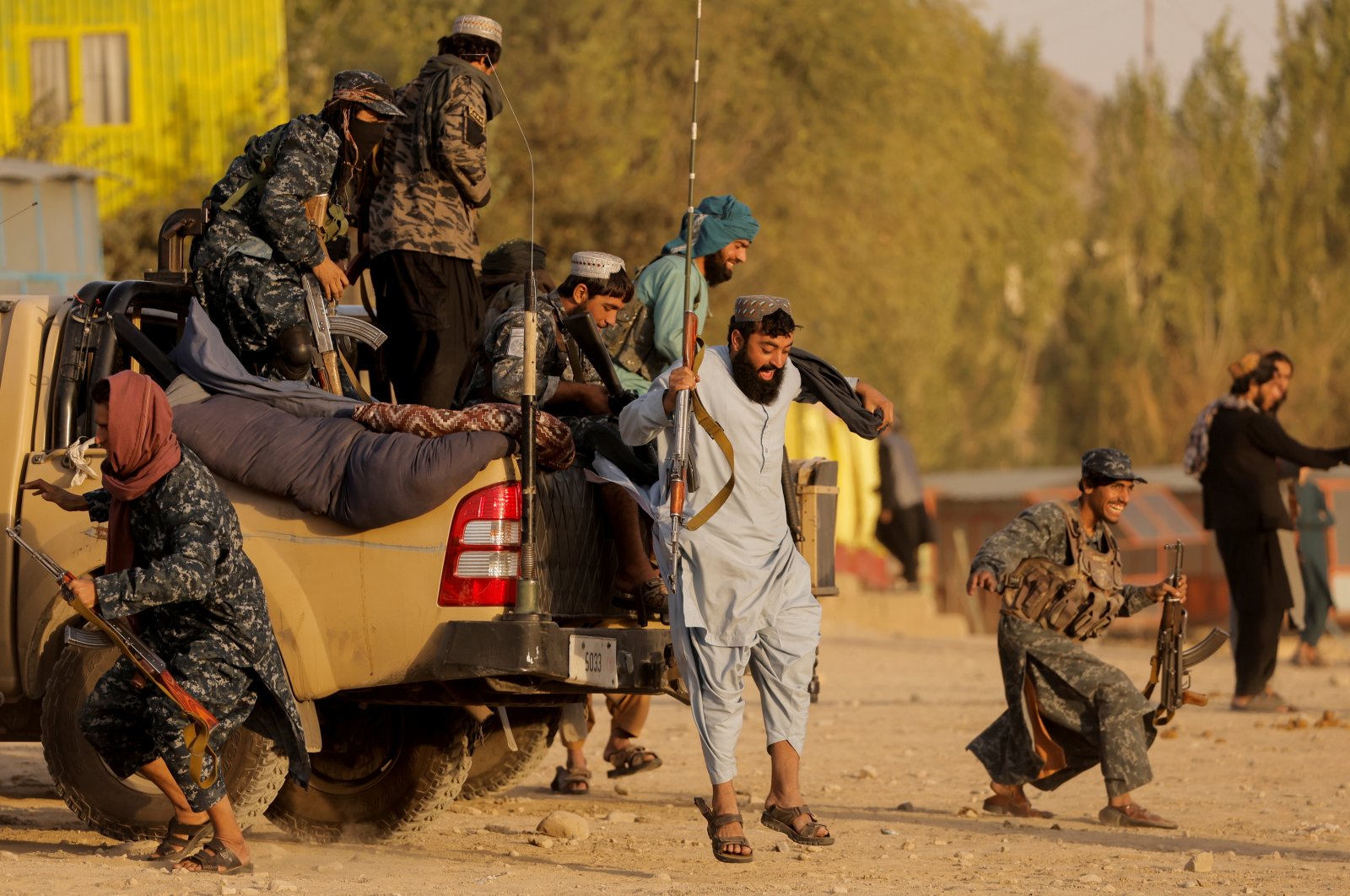 Taliban fighters get out of a vehicle as they take a day off to visit the amusement park at Kabul's Qargha reservoir, at the outskirts of Kabul, Afghanistan, Oct. 8, 2021. (Reuters File Photo)
by DAILY SABAH
Oct 13, 2021 4:35 pm

Ensuring the unity and territorial integrity of Afghanistan is of critical importance, a statement released after the workshop held by the Turkish Presidency’s Security and Foreign Affairs Committee said Wednesday.

The workshop, attended by committee members and representatives from relevant institutions, academics, media and think-tanks, was held at Çankaya Mansion in the capital Ankara.

It focused on recent political, sociological, religious and geopolitical developments in Afghanistan and discussed Turkey’s role and future involvement with the country.

The workshop also concluded that the international community needs to take urgent and preventative measures to prevent a potential migration wave from the war-torn country and that Turkey needs to continue to encourage an inclusive administration in Afghanistan. It stressed the necessity for Ankara to continue standing in solidarity with the Afghan people in the face of the ongoing humanitarian crisis.

President Recep Tayyip Erdoğan also recently highlighted the importance of an inclusive government in Afghanistan, as he said it was crucial in reaching a deal regarding the operation of the Kabul Hamid Karzai International Airport.