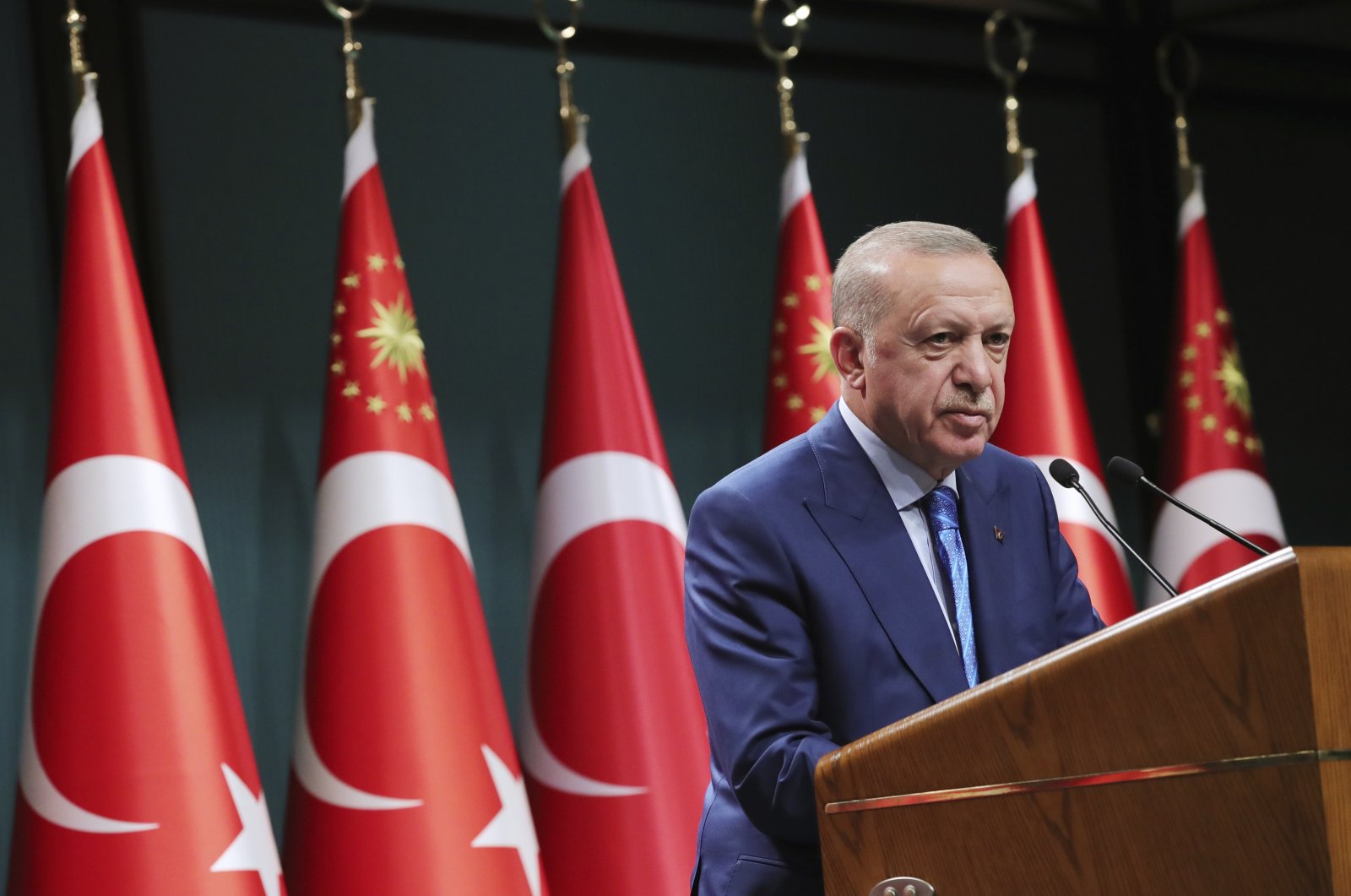 President Recep Tayyip Erdoğan highlighted the importance of an inclusive government in Afghanistan, as he said it was crucial in reaching a deal regarding the operation of the airport in Kabul.

The president also said Afghanistan was not safer with the U.S. military's presence in the country.

"With the American presence dating back to two decades, the region was not any safer. On the contrary, every day the region lost more blood," Erdoğan said.

He said the U.S. needs to question its 20-year presence there and departure as well.

Turkey had been operating the airport for six years, before the United States pullout and the Taliban's resurgence. Those leaders, along with Qatar, have been in discussions about the reopening.

Taliban urged international airlines Sunday to resume flights to Kabul, saying all technical issues at the country's main airport have been resolved. Facilities at Kabul airport were badly damaged in the chaotic evacuation of more than 120,000 people that ended August 30 with the withdrawal of the last U.S. troops.

Since then only charter flights have been operating, although Pakistan International Airlines (PIA), Iran's Mahan Air and Afghanistan's Kam Air have run a limited number of special flights.

The international community is keen to hold the Taliban to their word that they will allow anyone to leave the country once commercial flights resume.

Turkey has been holding regular talks with the Taliban in Kabul, where it still has a diplomatic presence, about the conditions under which it could help operate the Afghan capital's Kabul Hamid Karzai International Airport.

Erdoğan discussed Turkey's management of the airport with U.S. President Joe Biden during their first meeting in June on the sidelines of a NATO summit in Brussels.

But relations are strained between the two presidents, with Erdoğan admitting on Thursday they had "not gotten off to a good start."

One of the issues causing tensions is Turkey's purchase of a Russian missile defense system, which Washington says is a threat to the Western alliance.

Ahead of a visit to Russia on Wednesday, Erdoğan indicated in the CBS News interview that Turkey would go ahead with a second purchase from Moscow.

"In the future, nobody will be able to interfere in terms of what kind of defense systems we acquire, from which country at what level," Erdoğan said in response to questions about Turkey's future intentions.

The president also criticized the U.S. for continuing to send weapons to terrorist organizations, as he said Turkey is considering buying a second batch of Russian-made missile defense systems.

The U.S. has a total of 11 bases in the provinces of Hassakeh, Raqqa and Deir el-Zour, which are currently under the control of the YPG. Interpol currently has a Red Notice warrant out in Ferhad Abdi Şahin’s name for playing a crucial leadership role in the YPG.

Şahin had been invited by White House officials to Washington, despite the fact that he is a wanted terrorist. Turkish officials have criticized the U.S. for delays and inconsistencies in their pledges to cooperate against the YPG.