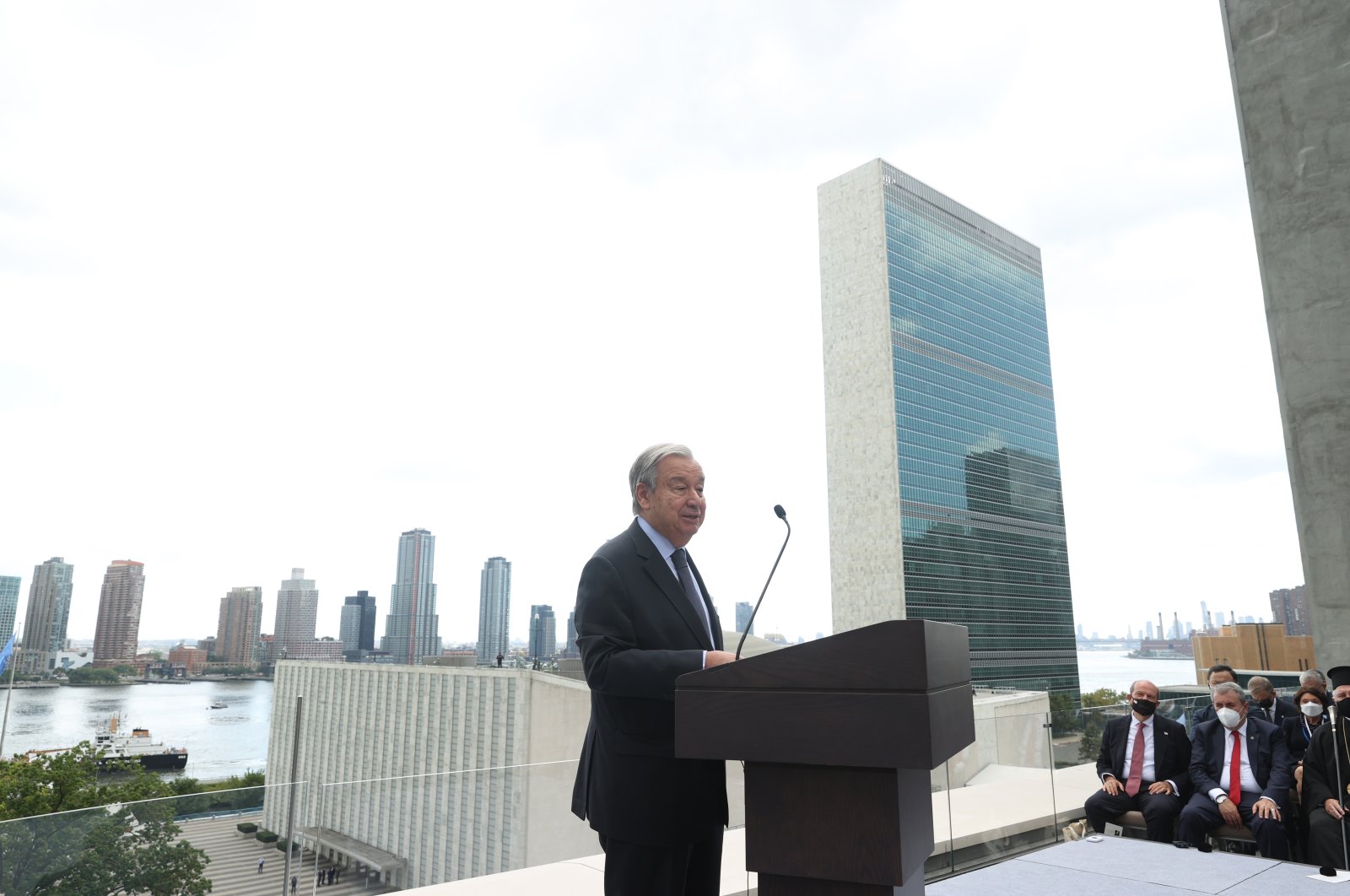 Guterres was among the guests attending the opening ceremony of the new Turkish House (Türkevi) at 821 First Avenue in Manhattan – a stone's throw from the United Nations headquarters.

Calling it an "enormous pleasure" to attend the inauguration of the new Turkish House, Guterres went on to laud Turkey's unmatched record in hosting and helping migrants.

"I am personally familiar with the enormous generosity of Turkey and Turkish host communities towards refugees," said Guterres, adding: "I offer my sincere appreciation for your support to people in need of protection."

Speaking at its opening ceremony, Erdoğan said the Turkish House will stand as a reflection of Turkey's place on the world stage ahead of the 100th anniversary of the Turkish Republic, in 2023.

"We are proud" of the new center, said the president.

The building, which features traditional Turkish architectural motifs, especially from the Seljuk Empire of a millennium ago, rises to the sky in the shape of a tulip and can be seen from downtown Manhattan, the East River and Long Island.

The symbolic skyscraper adds to the skyline of New York, one of the world's most iconic, and reflects Turkish culture, history and diversity.